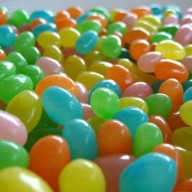 I was looking into getting my 6/2016 Model S center console retrofitted to include rear-cup holders as early as late 2016. Back then, I've asked the service center and they stated that it wasn't possible to install the retractable cup-holders unless you replaced the entire center console.

There were a couple of threads around and folks on eBay selling OEM rear cup holders for Model S and now Tesla has been forced to open the doors on parts, does anyone have a documented example that this can be done? That a pre-August 2016 Model S can have those collapsible rear cup holders installed?
•••

There is a thread where this has been done multiple times with pictures and instructions. I do know that a couple of people got right hand drive versions of parts thinking it may be the same and had some issues that involve modifications. Search and you will find all of your answers though. I wanted to do it for the longest time but then decided that I change out cars so frequent that it just wasn't worth the effort.

For me, I found a couple of decent sets of 3D printable cup holders that attached to the top rear of the center console that worked just fine. I can fit cans and tumblers which is all I need. I didn't even bother sanding and painting them as they printed in black and look good enough for my needs.
•••

Thanks @Ostrichsak, I did end up finding two threads that took on the same project once I started searching for part numbers.

For other folks who are interested, here they are:
I'll try to take photos along this journey and post.
Reactions: dc443
•••