Pre-conditioning in route to supercharger

All right so I did a lot of categorizing how this worked in practice on a 2018 3LR RWD way back when(2018/19) but things change and while a lot of people may not care about this I feel it necessary to attempt to update this information. I also need some help brainstorming what is going on, haha.

First some background. Previously, when routing to a supercharger, while stopped, a RWD vehicle would push 3.5-4kW to the rear stator in a non propulsive waveform in order to generate heat. This heat would then be transferred to coolant and then to the battery to warm the battery for increased charging efficiency. In an AWD vehicle(as per data from others) it would push another 3.5-4kW to the front stator as well. Now the trick with this was that while in motion, the car could not add non-propulsive power to the rear stator at all above around 30mph and below 30mph it was between 0 and the 3.5-4kW(at standstill), This was tested extensively by me with many graphs made.

I just recently plugged in my OBDII adapter and loaded up ScanMyTesla again for another subject and while checking to see if a previous SMT flaw had been fixed I noticed that the preconditioning on the way to a supercharger has changed. What I saw is that even at highway speeds(over 60mph) there was still additional stator heating being applied when routed to a supercharger. The problem is that SMT did not show any noticeable additional power to account for that heating whereas before I was able to visually perceive the change in SMT live. I had HVAC turned off including seat heaters. I confirmed that heating of stator was not due to normal driving by turning preconditioning on(routing to supercharger) letting it warm up a couple degrees C then turning off preconditioning and seeing the stator temp drop, all while driving on the highway.

I thought it may be adjusting coolant or oil flow rates, or changing the configuration of the superbottle valve but I didn't see any changes in SMT while switching on and off preconditioning.

So the seeming obvious answer is that Tesla found a way to add non-propulsive power to the rear stator while traveling at higher speeds and that SMT is just not accounting for that power for some reason. The other answer is that Tesla is doing something else that isn't using additional power from the battery but I don't have any theories on what that could possibly be other than super Tesla magic.

Because I mentioned the possibility of additional power not being accounted for in SMT I would specifically invite @amund7 and @JWardell to maybe have some helpful input?
•••
G

Interesting. However, if you don't see any additional power being sent then it doesn't seem like they "found a way to add non-propulsive power". Doing that should appear as more power being spent at that axle. IF there's no power, and the thing is getting hotter, the only conclusion I can draw is that less power was spent pushing the car forward and some of that power was used to heat instead. That means the car would have slowed down and would require more accelerator input to stay at speed, which in turn would augment the power spent. Unclear to say the least.

Now, since you were driving on the highway, your power consumption was most probably varying constantly. How could you tell that no additional power was sent to that axle?
•••
R

Well, I don't think Tesla, good as they are, has found away around the law of Conservation of Energy. So magic probably ain't it.

There are a bunch of things on a Tesla which influence pack temps. Watching energy usage from the stator(s) makes sense, since waste heat from those is the apparent source of heat for the battery pack. But radiator fan and bypass settings, Octovalve angle, oil flow rates, inlet temps, heat sink temps, ambient temp, and pack temp all play a role as well. That's a lot of stuff to try and monitor while driving.

And then it's complicated by the fact that the individual pack cells tend to absorb or release heat reluctantly. Once they are cold or heat-soaked, there's a lot of inertia in getting them to change temperature.

The bottom line for me is the temperature of the cells themselves. It encapsulates and accounts for all those other things. And monitoring one thing like that can be done easily while driving. So I don't have an answer to what you're seeing, or not, with respect to the stators. I do agree with @GtiMart that power usage while driving is so instantly variable - changing multiple times a second - that drawing conclusions from energy inputs to the stator(s) would be difficult.

As I mentioned in the other thread, I have observed surprising and unexpected behavior with "preconditioning the battery" while navigating to a SuperCharger. But those observations are all based upon pack temps, and whether they change, than on stator usage or anything like that.

One other factor... no doubt these behaviors change, and will continue to change, as Tesla tweaks their algorithms. We really need to tie observations to specific software versions. It's a rather unruly sea we are riding upon!
Reactions: GtiMart
•••
D

GtiMart said:
Interesting. However, if you don't see any additional power being sent then it doesn't seem like they "found a way to add non-propulsive power". Doing that should appear as more power being spent at that axle. IF there's no power, and the thing is getting hotter, the only conclusion I can draw is that less power was spent pushing the car forward and some of that power was used to heat instead. That means the car would have slowed down and would require more accelerator input to stay at speed, which in turn would augment the power spent. Unclear to say the least.

Now, since you were driving on the highway, your power consumption was most probably varying constantly. How could you tell that no additional power was sent to that axle?
Click to expand...

Yes, you should be able to see more power being sent to the rear motor but I do not in SMT like I had seen in the past. The power disappears as soon as you start to accelerate. So the power went somewhere that SMT is not registering, been here before. Yes there is a chance I am missing it visually and will get data to check this out fully.

Yes power does vary constantly BUT Rear motor power and total power vary at the same rate as long as you don't have any other big variable like HVAC usage. So when looking at Motor Power and Total power at the same time at points in the drive where power is only varying by less than 1kW(like while on cruise control on a constant rate slope), you can see the variance between the two numbers. Looking at Stator temps when preconditioning was on showed an increase of 2 degrees Celcius in less than 1-2 minutes. This was while on a relatively flat or downhill area. Conversely, when preconditioning(routing) was turned off just before an incline, the stator dropped temp and continued to drop temperature while continuing up a hill which required more than 3-4kW increase in power.

@Regaj sorry, forgot to quote you specifically and cant add it with an edit.

Monitoring cell temps is a horrible way to look at what I am trying to look at because that is a very laggy representation of what is going on. That makes you wait for all the direct contributors to transfer the effect they are intended on causing. Heating the battery is a power issue, that is the core driving force, The additional power has to get converted into heat to be transferred to the coolant. In a 2018 RWD Model 3 the ONLY way to get heat transferred IN to the battery coolant is via raising the stator temperature. So the two values to look at are power usage to see the extra power and stator temperature to see the effect in a timely manor.
Last edited: Nov 16, 2022
•••
D

Ok so I started to write up a post about how I thought that SMT might not be accounting for preconditioning power. As I was typing everything up I came up with a theory on how SMT IS accounting for the power but I don't have the capability to test it. Does anyone have a dyno I can use to test the theory? haha. Or can someone run the test on their available dyno? I need to be able to get the car at a set speed not varying so that it is putting out a constant power level.

So short story here. In the past a 2018 LR RWD could ONLY add preconditioning heat while driving less than ~30mph. That has changed. The car can now apply additional heat while going significantly faster than 30mph. The problem is that I cannot see it in the power domain. I can only see it in the temperature domain. To fully categorize this operating condition I need to see the power shift which I cannot do without going a non-varying speed under a non-varying load.

IF SMT shows this increase in power then it shows that Tesla was able to get around the speed limited non-propulsive power waveform issue. It will also allow for the the ability to see if there is still a speed limitation and if so where it is.

So again, if anyone has a dyno I can use within about 100 miles of the D.C. area, or can do the test themselves and provide the data, that would be great! If not then unfortunately this looks like the end of this topic for the foreseeable future.

I will still be re-categorizing the regen vs battery temperature curves since that has totally changed as well.
•••
J

derotam said:
I would specifically invite @amund7 and @JWardell to maybe have some helpful input?
Click to expand...

I dont have any input on the subject, but the two members you specifically invited to respond do not appear to be currently active on TMC: 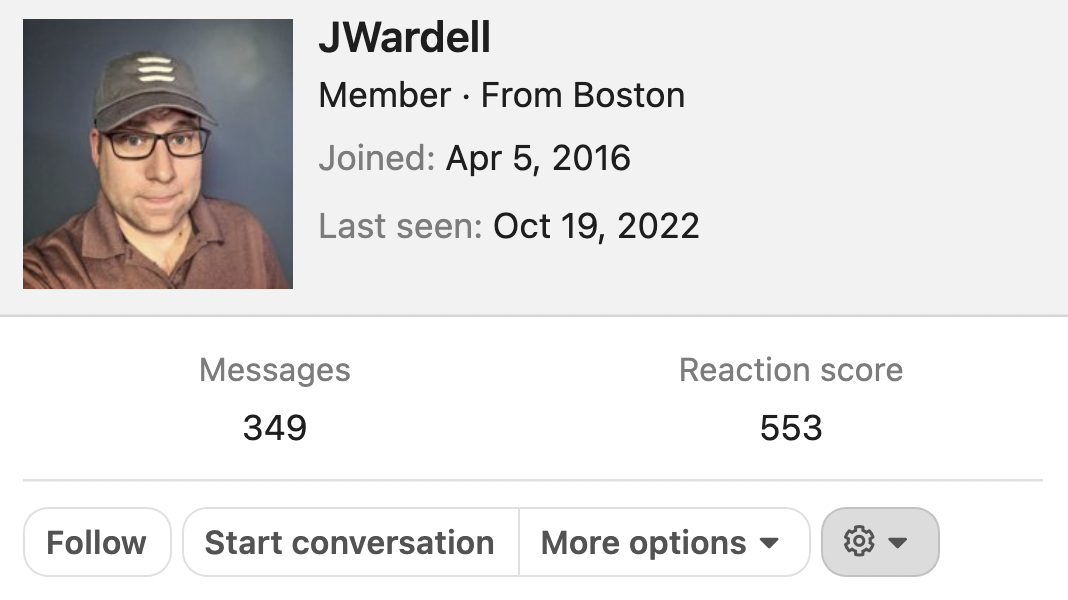 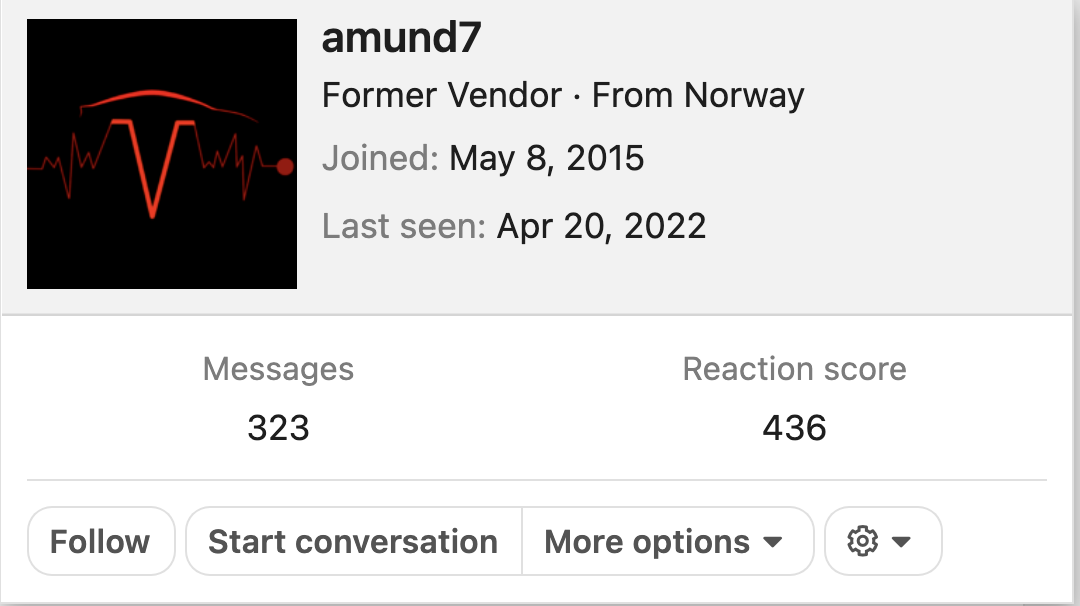 jjrandorin said:
I dont have any input on the subject, but the two members you specifically invited to respond do not appear to be currently active on TMC:

Yeah I know, I thought maybe Jwardell might pop up since he has only been MIA for a month. My initial post has been overtaken by additional analysis and brainstorming, hence my post #5. I am in contact with Amund7 via other means as well.

Pretty much everything before post #5 can be ignored for anyone new reading this thread...pending additional data and analysis that may never be had.
•••