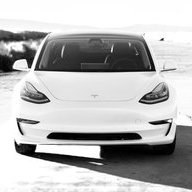 As part of homeschooling efforts, I had covered in our study "classroom" Marine Processes and Coastal Erosion... And when I suggested to my 13 year old son we go for a Geography Field trip to the South Coast he leapt at the chance.

Our M3LR is still very new, and I think he might have been more excited to go on a Roadtrip in the new car than to look at marine erosional processes at work up close and personal.

I, on the other hand, was terrified given that the journey would be around 350 miles round trip and would definitely require charging on the way. I used A Better Route Planner and Zap-Map to try and get the lay of the land. I loaded up on all the various Mobile Apps for the Charging Networks that Zap-Map identified in the area so we would have as much flexibility as possible.

And then we headed off (with all the field work exercises / worksheets printed out thanks to a lot of preparation, and much use of the Royal Geographical Society's webpage!)

Our first stop went fine - a Tesla Supercharger in a Hotel Car Park. I had started on 99% charge and we used about 30% getting to the Supercharger... There was definitely a moment of panic as there was some paper notice about COVID-19 which I initially took to mean the charger wasn't working... Thankfully it was. The peak charging must have got up to 280+ miles per hour, though it slowed down as we got closer to the top. We left the Supercharger with the battery at 96% and headed down to Lyme Regis where the bulk of our fieldwork would take place... and the charger that Zap Map assured me was working on Saturday.

We got to the charger in Lyme Regis (part of the Charge Your Car network) and despite following instructions could not get it to work... I did get a little concerned as there were no really accessible alternatives that would let me do the fieldwork we had come for. Thankfully, even though it was Sunday lunchtime, the operator answered their phone... and got it working for me remotely. Not only that, as a gesture of goodwill, they set me up so that my charge would be free...

So we did our fieldwork, had lunch and returned to a full battery.

As an added bonus, I think my son actually quite enjoyed the fieldwork we did, which included walking along the wave-cut platform, and visiting the gravesite of Mary Anning (notable fossil expert!) We also has some interesting discussions about how we would not want to live in some of the houses so close to the cliff edge - not when they could collapse at any moment ... we discussed how difficult it must be if you were living in one of those houses... So a good exercise in empathy as well !

We then spent the rest of the day visiting interesting marine coastal features such as Chesil Beach (where we did an experiment to prove Longshore Drift is happening right before our eyes), Durdle Door and Lulworth Cove.

We had a really fantastic day trip. The weather was perfect. We managed to keep a good 2m away from other people and made it back home with 30% charge left.

So doing something like this really is possible in an EV, even without as full a network of Superchargers as I would like (I am not quite sure why Tesla seem to be ignoring the South Coast?!?)

I thought it might be worth sharing - especially for other new owners like me, who might be contemplating a similar long drive (once the lockdown is over at any rate).

P
Planning trip to Edinburgh and Inverness from the South East

My first trip of any real distance, few thoughts....

The UK and Ireland May 23, 2021
icemankaka
I
D
Rising electricity costs, reflected in big increase in supercharger rates