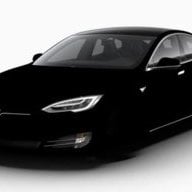 Got a calibrated microphone and an Android sound analyzer app to play with. Used it to make some measurements of the base audio system (upgraded with light harmonic door speakers, for whatever that is worth - one of the four is dead after 18 months).

This is the spectrum from the front speakers (they get more bass, as you will see), with the equalizer flat. Surprisingly weak above 3 kHz. 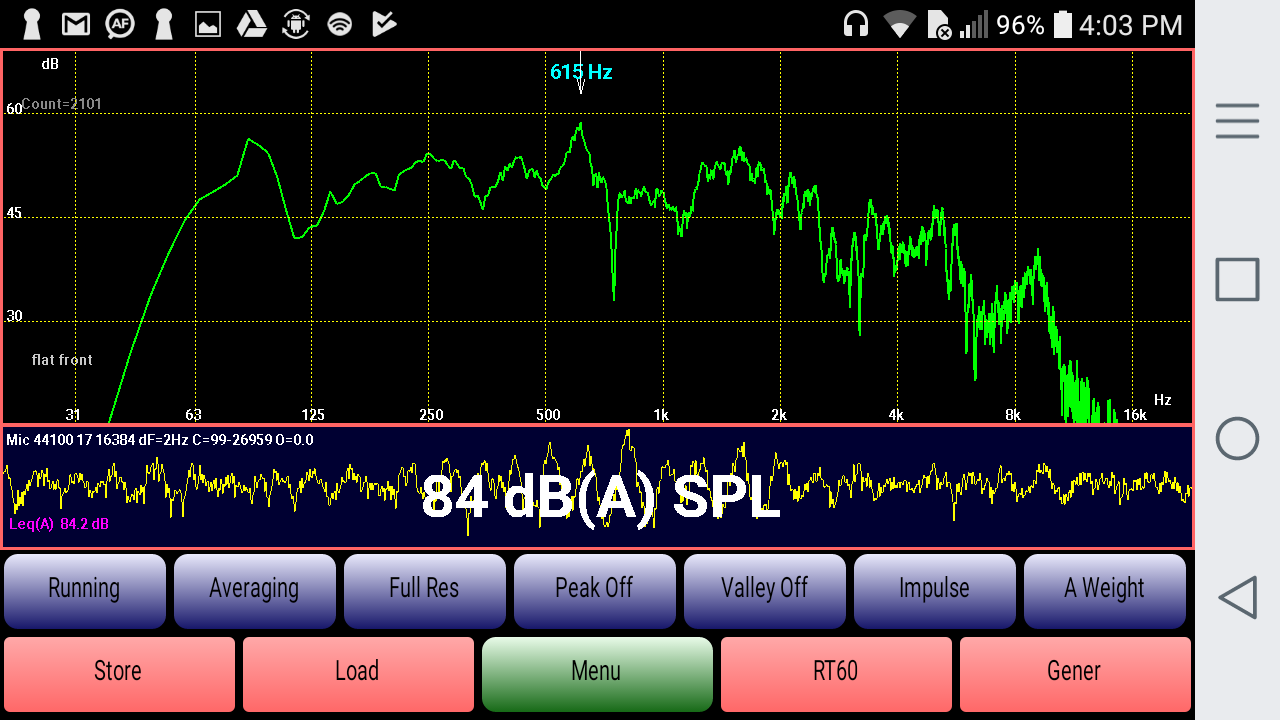 This is the spectrum with the first band (bass) maxed out (+8 dB) and all the other channels at their minimum (-8 dB) to see what that changes. You can see a peak around 80 Hz. 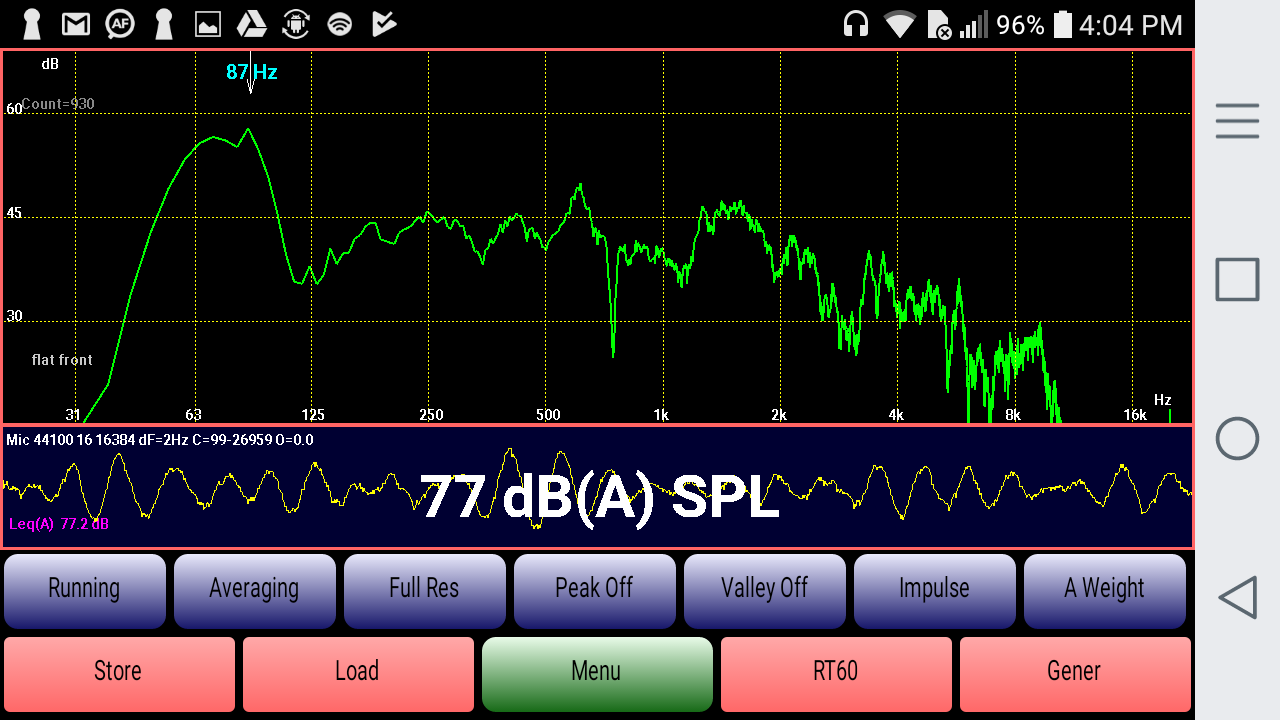 Here is the same idea, with the second band maxed out, others at min. Peak around 250 Hz. 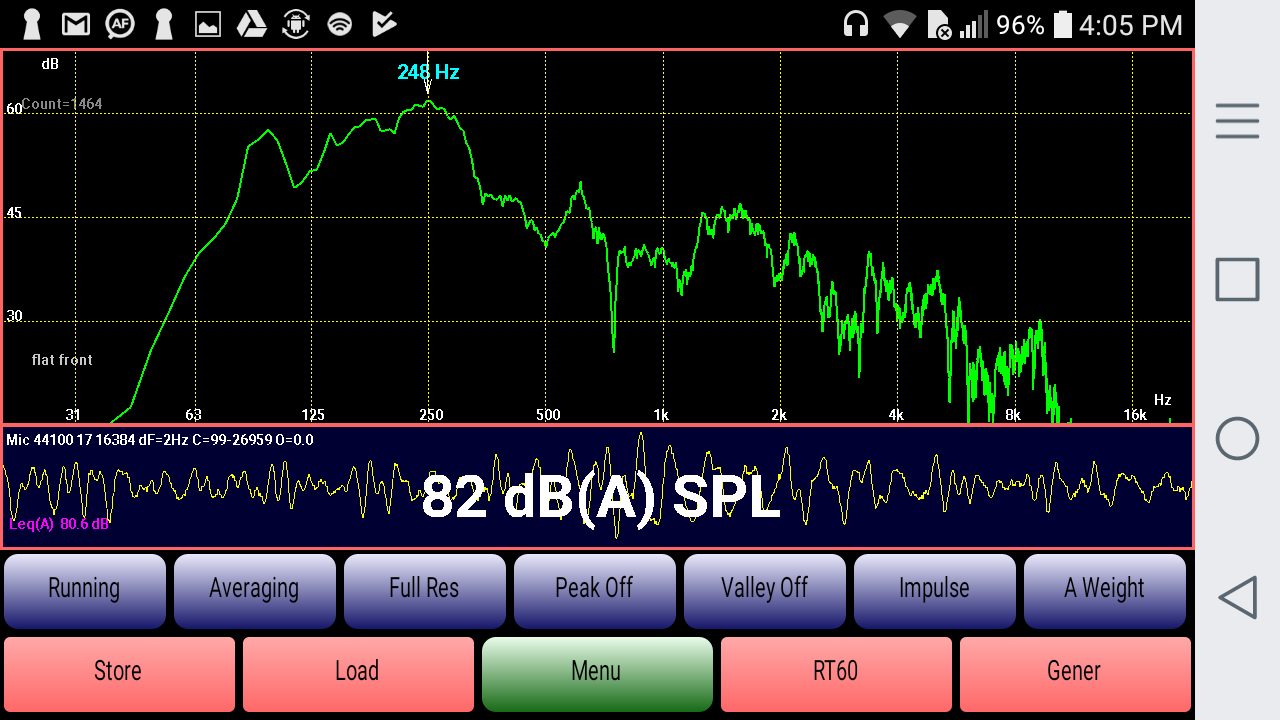 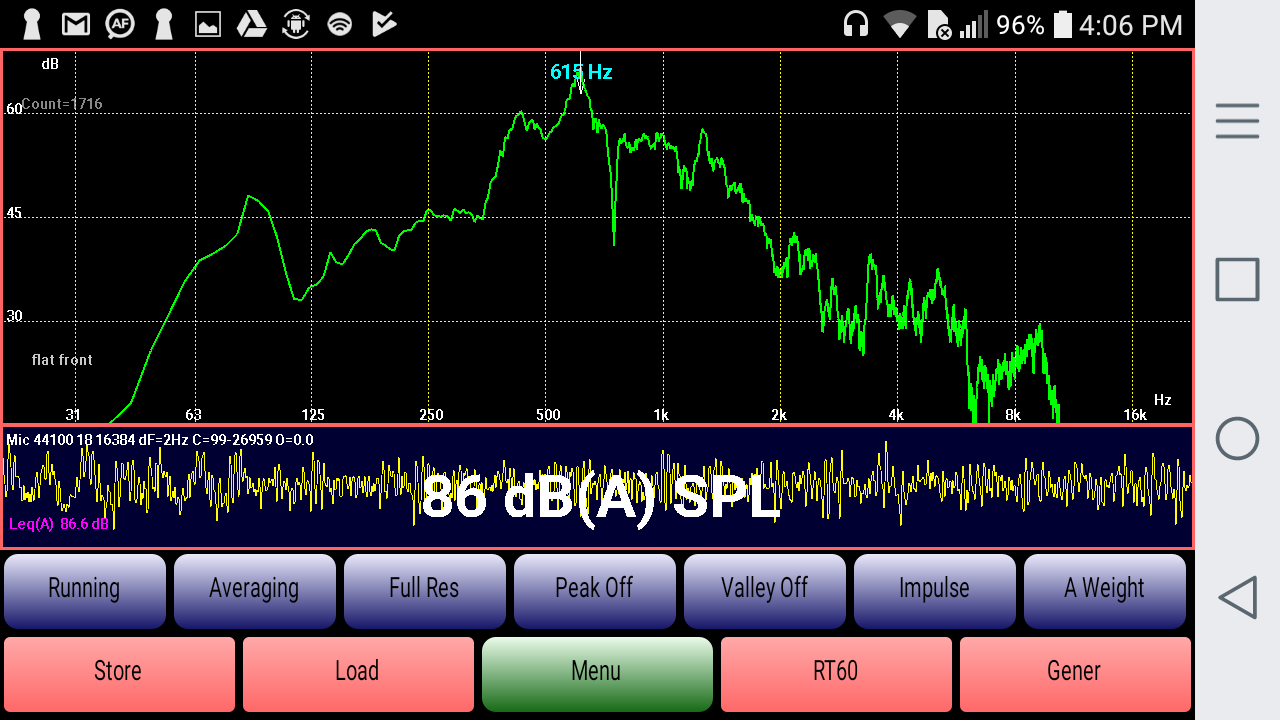 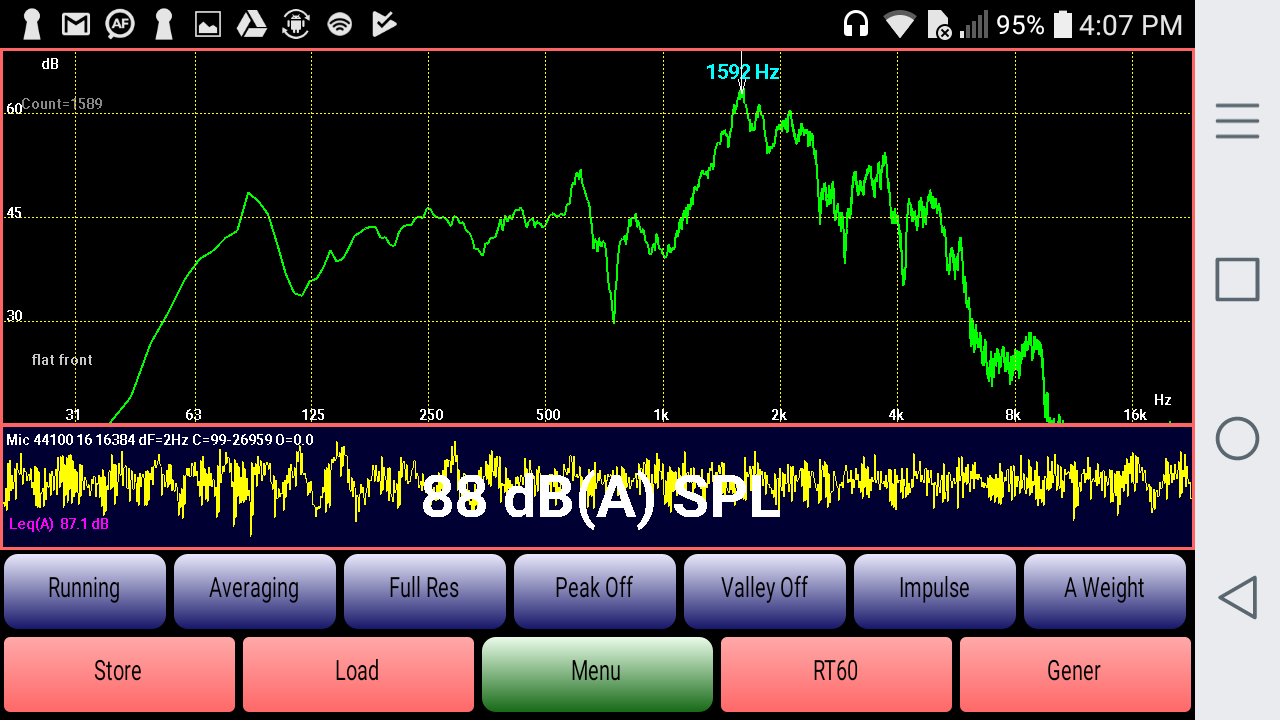 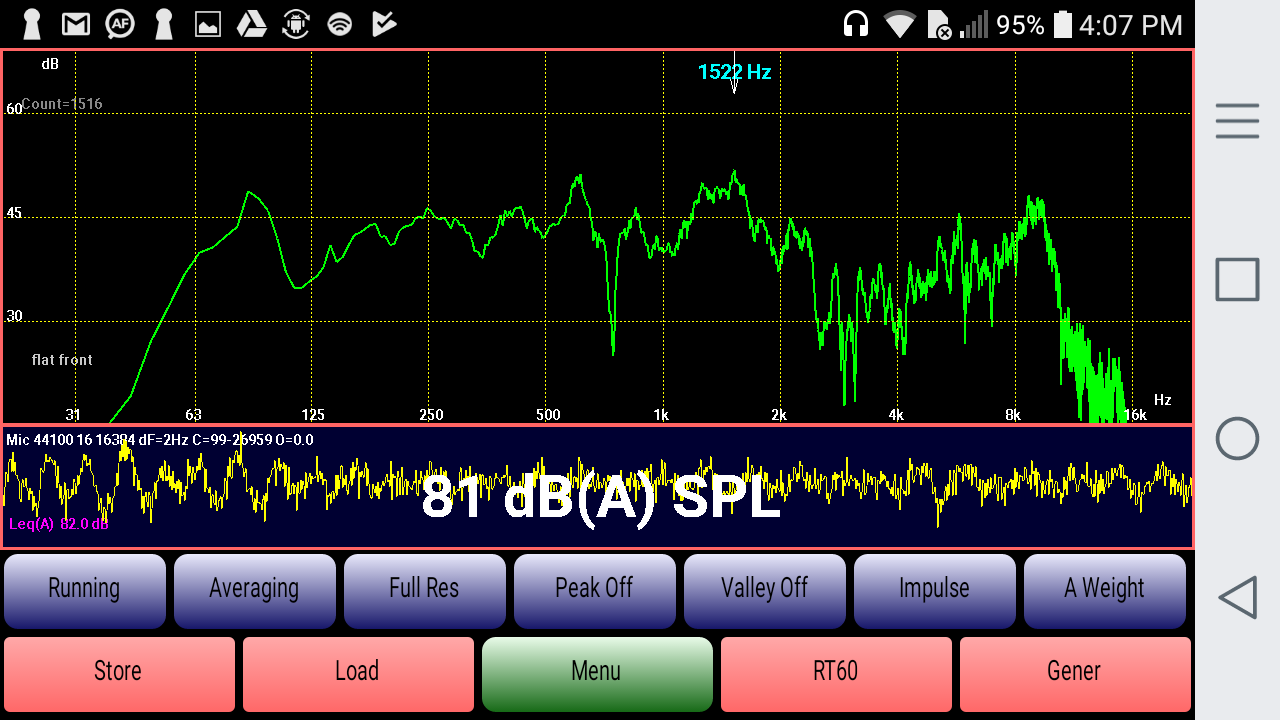 So I then did my best to get a flat response. I understand that this doesn't mean it sounds best. Or will sound best to all people, and ignores all sorts of other metrics that can be used to define audio goodness. Just something to play with. To achieve this flatness, I had the bass EQ on 7.0, the second one on 4.0, the Mid on 0, The fourth on 0, and the treble on 8.0. Again, this is the base audio with LH speakers, not stock speakers. I'm going to try to hook up my old stock speakers tomorrow and see what the best/flatest spectrum would look like. 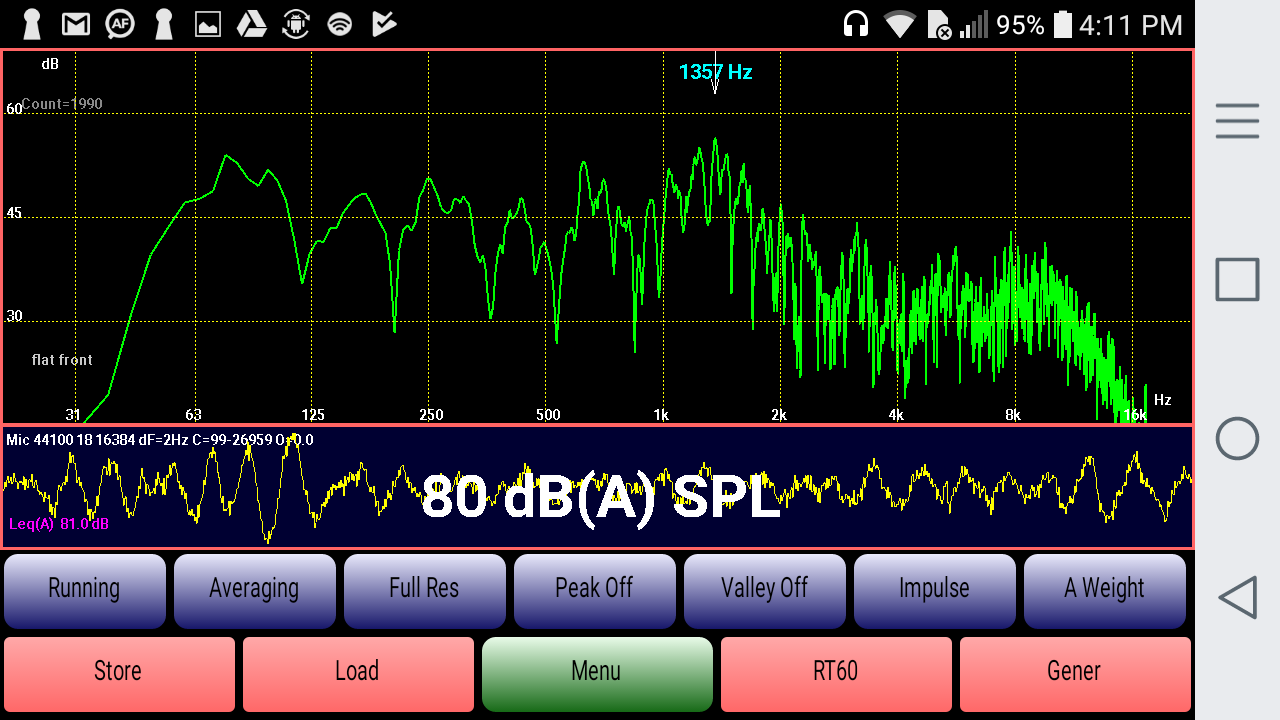 And for grins, here is what the rear speakers are doing with the same settings - note the missing bass below 250Hz, and even the very highs seem to be cut out. I'm old enough, I can't hear 16kHz anymore ;-) 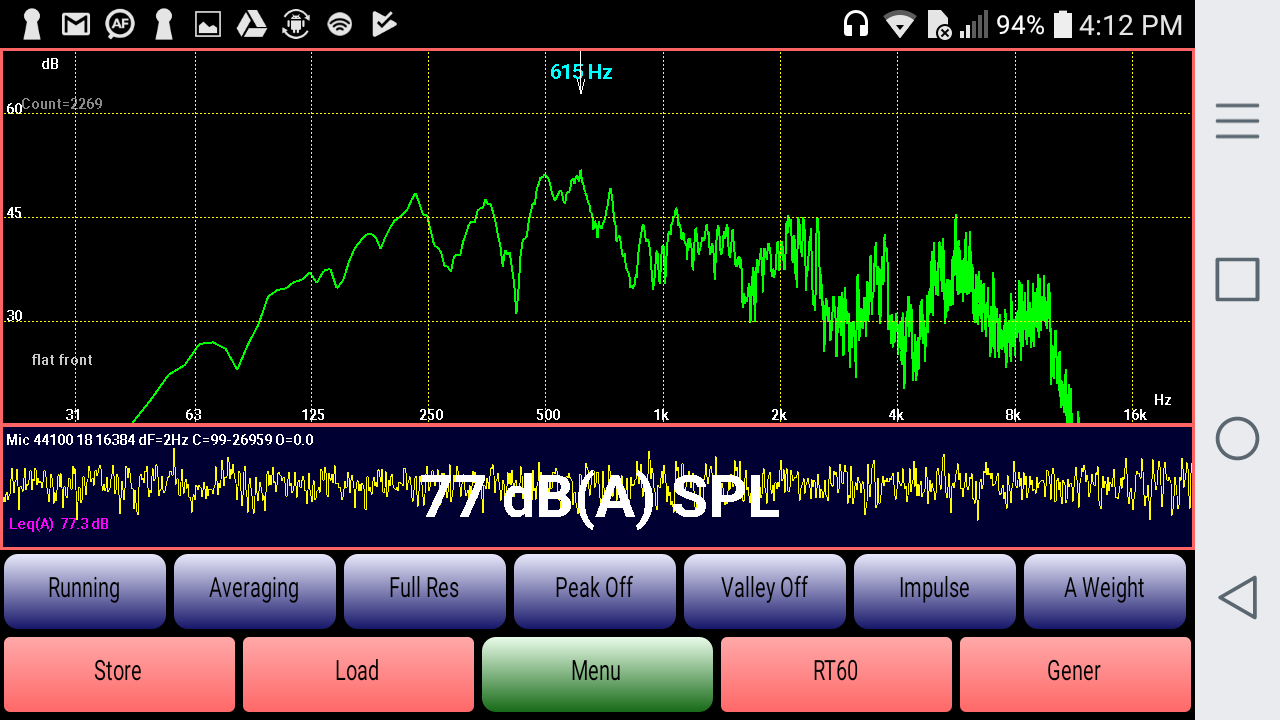 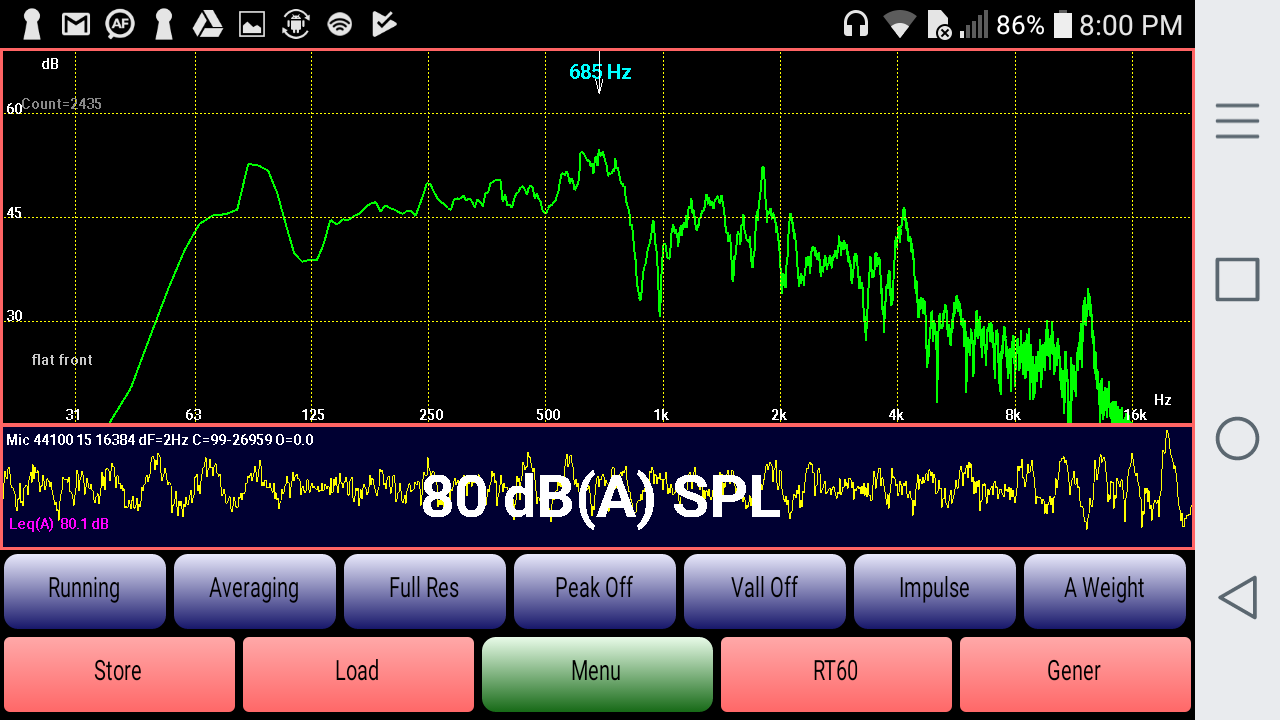 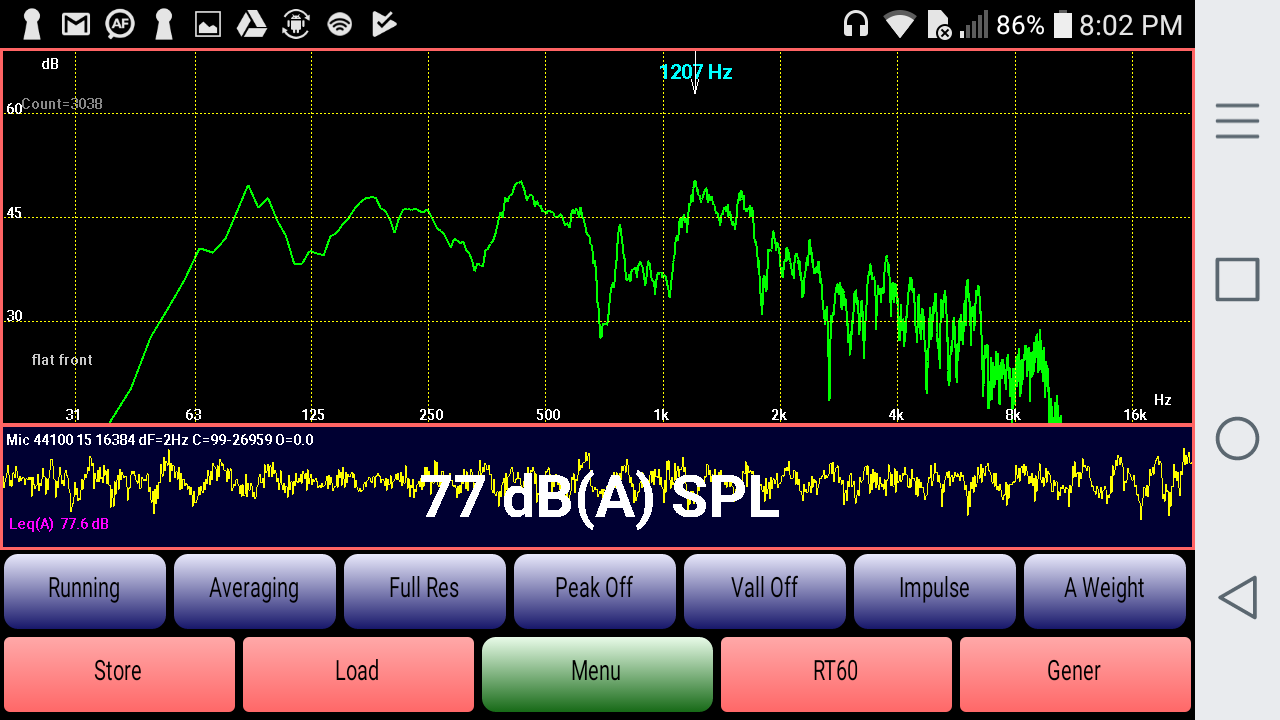 And something else interesting - an impedance sweep of the two speakers. Green is stock 160mm, Blue is the LH speaker. Note that the data goes all the way down to 2 Hz. 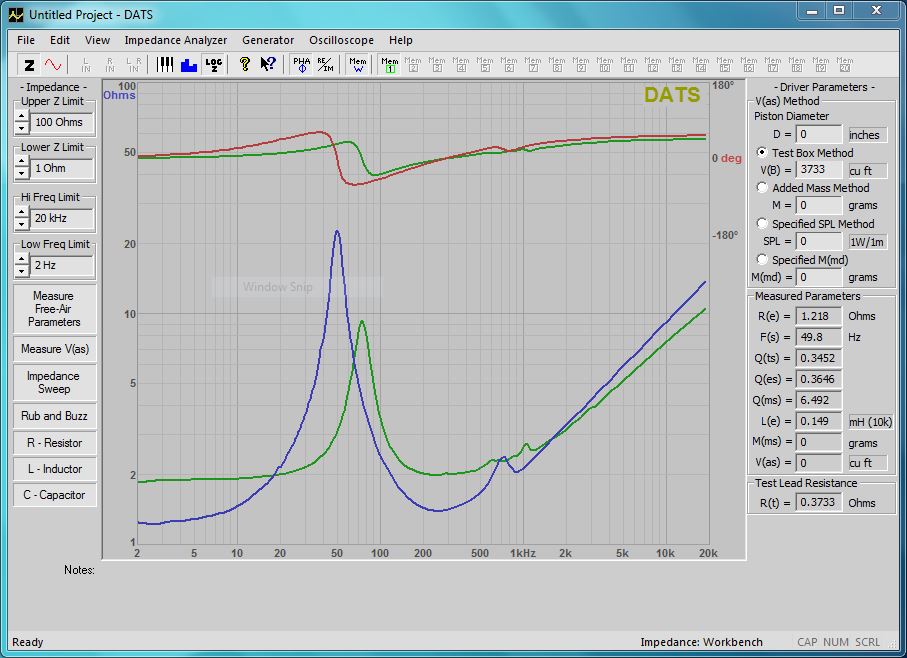 Thank you for sharing these graphs with us. This just proves my suspicions when I was shopping for speaker upgrades that a full range driver in these sizes can't adequately reproduce the upper frequencies without a lot of manipulation of the equalizer and even with that the results are not that good. What's really disappointing is that the LH speakers have a tougher time with the upper frequencies vs the stock speakers. This could be because the cone is more ridged which would be better for controlled base response but worse for hitting the high notes. A separate tweeter is needed to flatten that curve.

Could you share what brand of microphone and android app that you used? I would be interested in how the Infinity Kappa's that I installed recently compared with what you have measured.
•••

I just got the Dayton Audio iMM-6 microphone (from Parts-Expess.com). It comes with a calibration file you download from their website that is unique to each mic.

It needs a 3.5mm mic jack, so used an android device that still had that. The App is called AudioTool.
Reactions: hiroshiy
•••
M

Thanks. I will have to get this combo and get some measurements.
•••

P.S. the speaker impedance sweep was done on the bench using a software and hardware package called DATS. Also from Dayton Audio.
•••