Question about bottom of spoilers, and - Black or Black CF?

So I have an '18 standard black Model S that I've had done with a satin black\carbon fiber vinyl chrome delete. Most of the chrome was covered in the satin black, but I had them do the black CF vinyl in some areas like the door handles and the side marker covers, as well as the front louvres. I haven't gotten around to taking any good pics as I'll probably get her detailed in a few weeks and then I'll do it. For now though, I'm looking to finish by installing a spoiler.

I'd ordered a gloss black CF-FRP knockoff spoiler off eBay and the look was great for the most part, but the spoiler could start to look really gray in the light and this didn't seem to fit the look (though it is clearly darker and glossier than the OEM, which I saw as a benefit as far as matching my scheme). I ordered an ABS spoiler that was painted black (supposedly paint match but it's slightly darker) and now I'm wavering between black and the black CF look. I've attached a few rough pics here and I'll add a poll because I'd like feedback.

On a potential more critical note, the ABS spoiler has an edge that runs along the entire perimeter of the bottom. I don't currently have the FRP one to compare against, but I thought it was fully flat on most of the edges with a slight lip along the rear edge. Can anyone confirm what the bottom should look like? 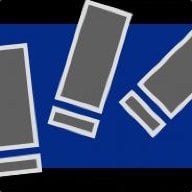 The OEM spoiler is fully flat all around the base. With the lip around the base on that it seems like it wouldn't make great contact unless that 3m adhesive is thick.
•••
B

Fleer said:
The OEM spoiler is fully flat all around the base. With the lip around the base on that it seems like it wouldn't make great contact unless that 3m adhesive is thick.
Click to expand...

You, my friend, are a rockstar. I've waited days for someone to answer this for me, and it confirms my suspicions. I think this is going back, and I'll probably go with the black gloss CF though the votes are - few as they are - are almost evenly split so far.
••• 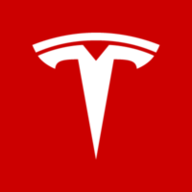 I bought my knockoff from rpmtesla, seems to be great quality
•••

M
Need Some advice: Chrome Delete or not? Powdercoat 21" Turbines in Satin Black or not

Tesla for Sale Aug 25, 2021
JamesAllen
J
K
Makes me sad to hear many reviews of the New S complain about build quality!