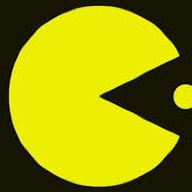 Got a question for Model S owners, especially anyone with a late 2017-pre-refresh non-performance model. I've got a 2017 Model X which has the rear Mando single piston brake calipers and based on the parts catalog appears to be identical to the ones in the model S for the same year. Looking on the official parts catalog, it looks like that particular caliper would be the following - REAR BRAKE CALIPER WITHOUT PAD KIT - RH - MANDO 1097415-00-A. I'm trying to find a used one online, ebay etc, and finding absolutely zero using that part #. However, I keep seeing rear model S brakes with the part # 1078542-00-A. Actually I find quite a number of these online like this one. The pictures and the numbers stamped on the caliper itself are identical to the one my model X has (Mando 373 23/ Tesla 365-28). However, when I run that part # 1078542 through the Tesla parts catalog, I get this (see below)... which is odd, as if you search using the model S feb 2012-mar 2016 in the catalog, it only shows the 2 piece Brembo rear brakes (which is my understanding of what the older model S and X had before mid 2017). So is this 1078542 item mislabeled in the Tesla catalog (have seen this happen on trim pieces for my X) and there are two different part #s for the same Mando rear brake, are the online resellers mislabeling the part#, or are there really two different Mando rear brakes for model S? And also strange I can't find a single used brake caliper or reseller with part # 1097415 (if I go by what is listed officially on the Tesla parts catalog). I've got a query out to my SC to confirm the exact part # but thought I'd reach out to you Model S owners if you would know. thanks