I'm scheduled to have my MYLR delivered this Friday but a bit puzzled by the handover process.

I ordered it via my employer (NHS Fleet) who in turn ordered through ALD leasing. The vehicle is being delivered this Friday by a transport company called GroupeCAT.

However, so far i've had absolutely no comms from Tesla whatsoever. No texts, no emails, nothing. I've set up the Tesla app using the details I gave NHS Fleet when I ordered it, but nothing showing in there as yet. I understand from reading this forum that in order for the car to appear in the app I need to sign a Delivery Declaration on the day - however when i've just asked on Tesla chat about this they have said I won't receive one as they are not delivering the car to me, and I just need to receive the car and the lease company will ensure it appears in the app within 24 hours.

Has anyone any experience of this, who can reassure me that it will work as they say?! I'm a bit concerned that as it's being delivered on a Friday if it doesn't appear in the app l it'll be Monday before I can chase the lease company to sort it (which i'm assuming means I have to limit driving to <100 miles if there's any issues I need to report?).

Maybe i'm overthinking it and should just chill, but the adrenaline is kicking in now it's so close !!
••• 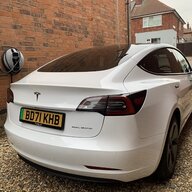 Well, just as I thought, it's all gone Pete Tong.

Took delivery of the car at 12:30 on Friday; it was driven on road to me by a driver from the lease company (ALD Automotive), which I was really disappointed about as I expected it to be trailered. Even worse was the state when it arrived, absolutely caked in mud. It looked like it had been rallying. Wasn't asked to sign anything, the guy who drove it up just took a couple of pictures of it on my driveway, made his excuses about the A1 being closed so he had to go down a single track road, and left.

Immediately emailed ALD to request App set up, and heard nothing from them that day. Washed all the crap off the car on Saturday morning and found a paint chip on the rear door, but as still no App access couldn't report it to Tesla nor to ALD as their office was closed.

Emailed them first this morning with pictures complaining about mud/App/chip, and followed it up with phone call to emphasise need App sorting immediately, and was told they'd sort straight away. Have chased them twice later in the day, both times told we'll sort it straight away, but still no access to the App yet.

And I daren't drive it anywhere as it arrived with 88 miles on the clock (due to being road driven to me) and i'm conscious about the 100 mile limit for reporting faults to Tesla.

So, to anyone considering using ALD Automotive UK for your Tesla, take heed.
••• 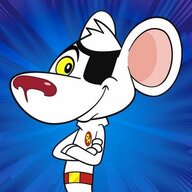 @EyUpLad - are you still active on here? If you are - is there any update to this story?

I am also leasing (with a different company) and believe it will be driven to me rather than brought on a trailer. Did it all get sorted out ok in the end?
•••
E

Believe it or not, no it's still not all sorted.

ALD did sort access to the Tesla app on the Tuesday and apologised for all the issues. They agreed to arrange for the paint repair, and to arrange or pay for a full vehicle valet. However, nearly 8 weeks later, we are still chasing them for both of these. They keep trying to pass it to the third party delivery company to sort, but i've told them that my contract is with them and it's for them to sort. They're hopeless.

If I were to go down this route again in the future, i'd tell them if trailering it to me isn't an option then i'd prefer to collect it rather than have it driven to me, at least that way it should be clean when I pick it up so I could check the paintwork there and then.

In saying all that, it's an amazing car - I love it and don't regret getting it for a second. Hopefully your delivery will be fine and you can just get in and drive !!
•••

Oh no - what a pain! Hope it can get sorted out soon enough for you. To be honest, it might not be a bad thing to let the worst of the winter weather get out the way so it can be given a decent valet in time for the spring (trying to find a silver lining for you!).

Great to hear that you love the car regardless of these niggles.
•••

2 Tesla's on one App - different accounts