Questions about lack of fuses on Model 3 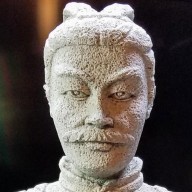 The word fuse does not show up in the owners manual. I've read online that the Model 3 uses solid state fuses which has piqued my interest but a quick google search reveals little information. I have a few curious questions for those in the know:

They use "virtual fusing". So one of the body controllers monitors the power being consumed by the phone charger, and when it exceeds the limit for that particular circuit, it cuts power do it. Sort of like a virtual circuit breaker, but without any moving parts. Then when the fault is cleared (you unplug the faulty charger), the system restores power to the circuit. This also allows the car to tell you "Overload in Cigarette lighter port, power interrupted", this way you know something is wrong and can take action. This was done for fault tolerance, but it makes the car safer and more reliable.
Click to expand...

Basically there's a box near the front of the car where the body controller is, and there are a bunch of MOSFETs that switch various 12v circuits, if you draw too much current it will just switch the circuit off and try to reset it. For example, if you plug in something that draws too much current on the 12v accessory connector, you'll get an alert on the center screen to stop doing that.

Also the current monitoring lets them be smarter and get away with smaller wires. For example, on the front doors you have heaters and various motors for the side mirrors, as well as window motors. Instead of using a higher gauge wire to power everything at once, you could temporarily disable the heaters while the window motor is being used to stay within current limits. Not saying Model 3 does that, but it's one example of what's possible.
Reactions: tracksyde

Also the main «e-fuse» that came with hw2.5 should let Tesla disable your car remotely
M

It's worth noting that if you short a fused line (such as if you cut the 12V cigarette lighter line in one cut ), it'll re-energize in a few hours at most.

lunitiks said:
Also the main «e-fuse» that came with hw2.5 should let Tesla disable your car remotely
Click to expand...

That's interesting, is this a known capability that Tesla has or is this speculation?

I like that! You'd get specific information on the fault. Much better than trying to find the fuse box and then trying to figure out which fuse it was. One time I blew a fuse on my Chevy Volt, I didn't realize it at the time but the car had 2 fuses boxes. Of course once I found the first fuse box it took me way longer than I'd care to admit to find the second.

A
Overloaded cigarette lighter port with power inverter, no fuse to replace