Quick Model 3 Review - The Best Car I've Ever Owned, With The Most Issues I've Ever Had In A Car.

I'll give you a quick introduction as to who I am. I've previously owned a new 2014 Camaro SS 1LE and 2020 Veloster N. Sold the Camaro after 6 years, sold the Veloster after 1. Both great cars in their own right, both never had any real issues. The camaro had a weird hum from the driver's side mirror at around 40 mph but nothing that was annoying. The Veloster, although the interior could've had higher quality materials, was absolutely rock solid. No problems and no rattles whatsoever.

The Good
The Model 3 is hands down the best car I've ever experienced. I have a 2021 Dual Motor (NOT performance) with a white interior. No accel boost or FSD.. yet. Not only is it beautiful to look at, but the driveline is just heaven on wheels. I thought I would miss the sound of a rumbly V8 car, or the backfire pops of a turbo, but actually the M3 is car enough to make those two other cars look primitive. I love the instant power, I love the simplistic instruments-in-a-screen approach, I think the sound system is the best in the world. I drove my dad's Corvette recently and amazingly the Model 3 made me feel like the driveline was clunky on it, even though it's a high-end corvette. The sound is great for the first WOT or two but after that I kind of missed my car.

All the other goods I can share are basically well-known between all of us. Maintenance costs, charging from home, the mobile theater hub, etc. All amazing features. All things I can talk about all day.

Do not be mistaken that the paragraphs below are longer than the Goods, and by thinking that this means I have more negatives to say than positives. They are only longer because they are more elaborate.

The "Meh"
Not having Android Auto took me a good while to get used to. I would use that sucker all day long in the Veloster. The coolest thing about it was being able to ask questions like "when does this store close" and "is it going to rain today" all by just saying "Hey google" and the car responding accordingly. Unfortunately for me, the voice commands of the Tesla feel kind of lackluster compared to it.

I also am not thrilled with the Spotify app. Half the time I enter the car, Spotify is in the middle of crashing and wont play anything for a few minutes. Not having Pandora is both a blessing and a curse.

I've also been locked out of my car once, when the mobile app was down, even after restarting the phone, and clearing data / cookies in the app. Thank god I had my card on me or else I would've been stranded.

Maybe there is a way to do this, but I wish I could turn off the auto high beams on autopilot. It's weird almost flashing people in front of me when it's dark outside and I have no control over it.

The Bad
Wow have I never experienced a brand new car with so many issues. I get loud rattles from the driver's side wheel well, passenger's side wheel well, front driver's side dash, and rear seats (although admittedly, the rear seat rattles aren't that bad). The hood was way out of alignment. multiple areas of trim were falling apart on the driver's side. I have some other bizarre issues such as an AC vent not working, and a loud chirping noise coming from the front of the car sometimes. This car is only 3 months old!!

The turn signal & gear stocks feel downright non responsive at times and that is somewhat annoying.

Tesla service has been okay. In the 3 months i've owned this car, i've now had to contact Tesla 3 separate times for random fixes. Getting an appointment is simple enough and the staff is friendly. My last visit they didn't fix everything, even though the invoice said they did, and I found that to be irritating.

End Summary
Do you know of a 4 door car that does a consistent 0-60 in 4.2 seconds and has the maintenance cost of a Camry? Whilst also costing around 50k? What about a car that does 0-60 in 3.8 for only 2 grand more? If you do, kindly point me in the right direction.. that's actually a challenge I'm presenting you with lol.

It's a great car and I'll still recommend it to people. I just hate it when people ask me how I like it. Because I gloat like a madman, and then I mention that i've had my fair share of build quality issues with it thus far. People give me the funniest look, but ultimately they wont understand until they experience it themselves.

At least the problems are covered under warranty. For now.

Brainiac05$ said:
Thanks for the info. We just saw a listing for a used Model 3 and we were wondering what the pros and cons are for this vehicle. We are also wondering what the cost is to install a “plug” in our garage. Do you have any helpful info on what to expect for this item (cost, etc.)?
Click to expand...

One last thing... the used market is upside down right now. Before you buy used, I strongly recommend you know what you're buying and compare thoroughly to a new one.

There have been posts from people considering paying almost new prices for very used vehicles because they didn't know any better.
••• 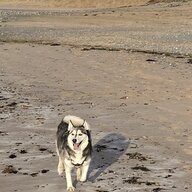 father_of_6 said:
One last thing... the used market is upside down right now. Before you buy used, I strongly recommend you know what you're buying and compare thoroughly to a new one.

There have been posts from people considering paying almost new prices for very used vehicles because they didn't know any better.
Click to expand...

If it’s the same in US as in UK used prices are ridiculous atm. I priced my 2018 BMW on a used website in Feb last year, got quoted £19.5k for it, went on the same site in November last year and sold it for over £27k with another 10000 miles on the clock lol. Cleared my finance and then some🤷🏼‍♂️
Reactions: Bouba
••• 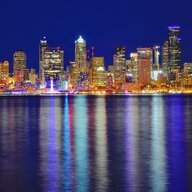 scoobybri said:
I second this. Echo auto allows you to do all of the things you do with voice commands that a home Amazon echo can do. I use it to play SiriusXM, Spotify, check the weather, ask inane trivia questions, etc. Cheap and it works well.
Click to expand...

SylvainG said:
My suggestion to you is have the roof fixed, sell it and because of the insane waiting time to get one, you'll probably not lose any money (and maybe sell it for more) and get something. No point keeping such an expensive car if you don't like it.
Click to expand...

Wow, I am shocked to read this thread with all the build quality issues with model 3's. Took delivery of my Model 3 in October 2018 and mine has never had any issues in 3.5 years and 35k miles, and build quality is excellent. Maybe they did a better job with the early models, I dunno.
•••

Getting car registered with Tesla

D
What should I be looking for dealing with insurance with this car damage?