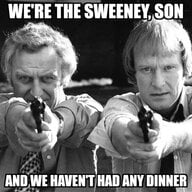 Just a few observations on my trip to Bristol earlier this week. It was prompted by a (generic) email from the lease company (Knowlesfleet) asking me to check if there was anything that needed attending to after six months of driving. Of course there wasn't, other than that I've already driven getting on for 8000 miles and Tesla recommends rotating the tyres "every 6250 miles". Consensus is it's not exactly essential, but given that I'm about to start commuting again, and that the car's leased, I thought, why not?

I put in a service request via the app. It briefly indicated that a ranger could do this, then Tesla messaged to say it would have to be done at the Bristol SC (about 60 miles away). Booked the appointment, drove there on Monday. Not been before (it's a mile from the showroom/pick-up point in Cribbs Causeway), but it's close to the M5 and didn't feel particularly busy (as it's at the end of a trading estate). So it could make a good emergency supercharging location (no facilities, other than access to a loo in office hours).

Chap greeted me once I'd rung the bell - knew who I was and what he was doing! There was a slight moment of doubt when another employee said they'd have to get pre-authorisation from the lease company (another reason I thought I'd post this, in case others find themselves in my situation), but the engineer over-rode that and said he'd go ahead anyway. Apparently there's a coffee machine upstairs and some more comfy seating, but I was happy downstairs by the door/loos.

Within an hour, it was all done (swapped the backs and the fronts, I think, but reported no issues with the tyres - or anything else), and I was back on the road. I have to say, I was very impressed. Nice one, Tesla Bristol!
Reactions: Leejmoff and Gazp
•••

My first trip of any real distance, few thoughts....

The UK and Ireland Jan 2, 2022
Alistairuk
A
T
Setpoint for home charge (@50%) sets but then increases at random elapsed times.