The threads for radar detector installs and choices seem to be getting a little old and some of the solutions looks possibly obsolete.

In an attempt to collect the best thinking, first on use not requiring panel removals/thread runs:

[+] successful use of radar detectors NOT REQUIRING a front grill installation or extensive behind-panel wiring.
[+] placement on the dashboard/windshield. where has anyone had success
[+] experience with RD brand/models which minimize FALSE NEGATIVES and false positives
[+] your cabling (power). use of the rear-view mirror/usb/12V for power
[+] in the end, do you use it/rely on it? if anyone tried first a dash install then went to a full on deep wiring, exactly how much more effective is the more complex installation

all this for Model S owners
•••

I had an Escort mounted in that theoretically unshielded space to the left of the rear view mirror mount. In short, it worked poorly -- the radar horn was partially occluded. Laser surprisingly worked okay. My car has the spare wiring harness in the microphone area, so I was able to use that for power.

I abandoned it earlier this year for a hardwired solution.
•••

Less sensitive forward than aft, it has still done a fine job of keeping both packs of revenue-generating lackeys and lone-wolf speed trap artists (mostly using Ka) from separating me from my money this year. They were thick as thieves (pun intended) during both extended road trips so far this year (~5,000 and ~6,000 miles, respectively). I expect the upcoming ~8,000-mile trip will be similar.

One nice feature of this model is the ease with which one can filter out false positives (stationary roadside speed monitoring displays, for example). There are at least 10 of these K-band devices near me.

Mine is mounted where you would expect - high and tight to starboard, adjacent the center sensor/mirror assemblies.

Fwiw, I don't have countermeasures so that I can speed at 40mph over a posted limit. I have them so that I don't end up getting snagged for some bogus, quota-filling barely-over-the-limit infraction. Oro Valley, a relatively-newly-incorporated burg just outside Tucson, was notorious back in the day for writing tickets @ 1mph over. One day, they made the mistake of ticketing a (non-local) judge, who may have reminded said revenue-generating lackeys, and publicly, that at the time, radar guns were only accurate to 2mph at best. 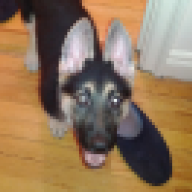 Can you please explain "theoretically unshielded space". I don't understand what is shielded and where.
•••

brandeeno said:
Can you please explain "theoretically unshielded space". I don't understand what is shielded and where.
Click to expand...

There is a small area of windscreen in most cars delivered (but not all) to the right of the rear view mirror mount that is large enough to mount a toll tag. In recent cars, I believe it's indicated by the purple dotted sun screen.
•••

So are you/others implying that the rest of the windshield is shielded from RFID and such frequencies? And inferring from the earlier comment, shielded from the inputs that radar detectors receive?
•••

brandeeno said:
So are you/others implying that the rest of the windshield is shielded from RFID and such frequencies? And inferring from the earlier comment, shielded from the inputs that radar detectors receive?
Click to expand...

The best way to test is to find a K-band door opener (shouldn't be hard), since most are K these days and see how the detector performs in different locations.
•••

Interesting. I am clueless.. why would the masses want a feature like this?
•••

brandeeno said:
Interesting. I am clueless.. why would the masses want a feature like this?
Click to expand...

It's a side effect of the metallic coating that reduces heat and uv rays entering the car. It's an issue with other high-end cars as well, but their uncoated areas are typically larger.
••• 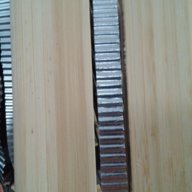 I'm a V1 man...
Where to Mount the V1 | Valentine One | Radar Detectors
Electrically, the only viable option is to wire it to the mirror/sensor 'key-in-run' 12v node.
Hopefully, Tesla will make an app for a V1 display on the 17" screen before too long...
•••

brandeeno said:
Interesting. I am clueless.. why would the masses want a feature like this?
Click to expand...

An RF blocking windshield? It's primary purpose is to block infrared energy from heating up the car.


PAULL said:
I'm a V1 man...
Where to Mount the V1 | Valentine One | Radar Detectors
Electrically, the only viable option is to wire it to the mirror/sensor 'key-in-run' 12v node.
Hopefully, Tesla will make an app for a V1 display on the 17" screen before too long...
Click to expand...

I had terrible luck with my coveted V1 mounted in both the "dotted" area in the windshield and in the nose cone. It got essentially no radar reception at all, and only front laser. So I relegated it back into my M5 and went with a hardwired solution for the MS (Belltronics STIR+).
•••
E

I Sing the Body Electric

I also have a V1 clipped to the passenger side sun visor and supplied by the 12V cigarette lighter plug with only slightly diminished range, even outside of the dotted area around the rearview mirror.
It still picks up the rolling radar bogeys, which in my view are the most important threats, and the decreased sensitivity actually cuts back on the false alarms due to the Artemis traffic radar system around here.
•••
S

Where are you mounting the V1 on the passenger sun visor? I tried just close to the mirror, no luck .....
••• 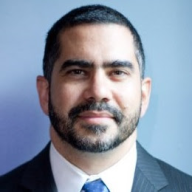 It's not a radar detector, but it may be worth checking out Radar Alerts. It's a web app that runs in the Tesla web browser that keeps the driver informed of speed traps reported via smartphone apps. No hardware installation necessary, just signup for the free trial and then it's $4.99/mo. when the trial expires.
•••

First and foremost check where your metalized coating is you can actually see it from the outside (see https://teslamotorsclub.com/tmc/posts/1712765/). If you don't have an uncoated area large enough to accommodate a radar detector, then you have no good option without remote mounted detector. Wiring a windshield mounted detector can be very easy (you can wire and hide most wires in less than half an hour). Extended reply here: https://teslamotorsclub.com/tmc/posts/1734903/
•••