Hey everyone, I just replied to a post about this and the realized it was buried in a region-specific sub forum. I thought it might be worth asking a bigger audience about it.

I took delivery of my M3P on 8/29 with 2022.15.102 software installed. I never had any problems with the touchscreen under that version.

So, my issue is that the touchscreen will be completely unresponsive at random times. I could be parked or driving, using navigation or not, etc. I haven't found a commonality. It doesn't matter if I've just pulled the car out of the garage or have been driving for a while. When it is acting up, I can press and hold an area and after several seconds (3 to 5) it will respond and then work normally until the next time it happens (which could be minutes or hours later). It is common enough to be very annoying.

It acts to me like it has "gone to sleep" or stopped polling the screen for input as quickly as it should be. Holding my finger in place will eventually be recognized and that seems to "wake it up" for a while.

I recommend capturing it on video via a smartphone if you can (perhaps mess around with it trying to get it to fail while at home or something) then scheduling a service appointment for it.

If you cant catch it on video, if you remember when (day / time) it was happening, you can put that in the service ticket so someone can search your car logs for issues around that time.

I havent read anything about software updates making the screen not responsive. Not saying it couldnt happen, just that there are certainly not wide reports of it on model 3s, so this definitely sounds like a service appointment thing.
•••
F

Thanks, I'll do that if the pending software update doesn't correct it.
•••
B

This is covered by your warranty.

Your fooling yourself if you think a firmware update is causing this. Almost everyone else is not experiencing an Intermittent unresponsive touchscreen digitizer on the Center Display. Since your problem is intermittent, a video will be good evidence that you can show the Service Center before taking your car in for service.

If you think it happens more frequent that you can show it to someone, you might take it to the Service Center to show them the problem. And at that time, have them schedule an appointment for you. The Service Center Rep will place a note of seeing that the problem actually exists.

The defective component is either the MCU computer or the Center Display (more likely). The Tesla Service Center can only swap components out so the repair work is minimal.
•••
O

Hi, I have the exact same thing happening on my new M3P (09/22). Also saw some others report the same on various forums. Appears to affect '22 models. Will try to capture it on video and check with the nearest service center.
•••
J

I have seen this problem about 4-5 times over the last year or so, but the scroll wheel reboot fixes it.
•••
S

I've had my M3P for about 2 months now. Bought used and had a build date of 1/22. I've also had the screen lockup on me 2x. Both times while parked and watching hulu. Did a scroll wheel reset both times.
••• 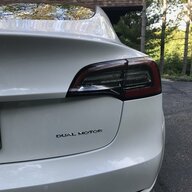 I had this problem a few days ago with my 2022 M3 LR AWD that I picked up on 9/10. I had pulled into a parking lot and went to pause Spotify and the screen was unresponsive. I was late for a meeting so got out of the car and left it. When I came back and turned the car on, the screen worked normally. FWIW, I had applied the 2022.28.2 update a few days before the screen acted up.
Last edited: Oct 2, 2022
•••

Just a thought: My wife has trouble sometimes when using the center screen. Turns out she has dry skin, and unless she moistens her fingertip, the screen doesn't register. I have never had this problem with my moist skin. Not THAT moist, but no problem. Has anyone tried sucking on a finger, then drying it and using it? Hmmmm.
•••
B

The center display's touchscreen response shouldn't be any different than your smartphone. Don't keep avoiding the factory warranty until it's too late.
•••
P

I have a similar issu. Refer to Touch Screen Not responsive?
•••
F

I opened a service center ticket and they replaced my touchscreen about a week ago. So far, it has fixed the issue. They said they diagnosed and verified the issue as it could have been either the screen itself or the cable that connects it. Turns out it was the screen.

I wasn't able to speak to the tech, so I don't know if they've seen a few of these problems or not. I opted to wait and it took them three hours. Looking at the service manual, the screen replacement is probably a twenty minute job, so I'm guessing they spent a fair amount of time checking it out first.
•••
B

Protomoteur said:
I have a similar issu. Refer to Touch Screen Not responsive?
Click to expand...

There are other similar threads

Screen Unresponsive Upon Waking Up

Tesla must know about these problems, as the Service Centers seem to keep replacement Center Displays in stock. Failures are not typical, but it seem that many have been replaced under warranty.
•••

How To Stop Software Update at “Install” Phase