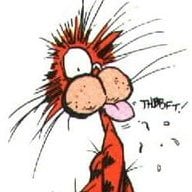 If you read the link that @GtiMart posted, 'leave it unplugged' is only half the story, the car needs to go into deep sleep mode for at least 3 hours. The more it goes into this state at different states of charge the better estimations the computer can make about your batteries full range/capacity.

This means that the S/X BMS can run the calibration computations a lot easier and lot more often than the Model 3. 15-20 minutes with the contactor open is enough to get a set of OCV readings. This can happen while you're out shopping or at work, allowing the BMS to get OCV readings while the battery is at various states of charge, both high and low. This is great data for the BMS, and lets it run a good calibration fairly often.

On the Model 3, this doesn't happen. With frequent small trips, no OCV readings ever get taken because the voltage doesn't stabilize before you drive the car again. Also, many of us continuously run Sentry mode whenever we're not at home, and Sentry mode keeps the contactor engaged, thus no OCV readings can be taken no matter how long you wait. For many Model 3's, the only time OCV readings get taken is at home after a battery charge is completed, as that is the only time the car gets to open the contactor and sleep. Finally, 3 hours later, OCV readings get taken.

But that means that the OCV readings are ALWAYS at your battery charge level. If you always charge to 80%, then the only data the BMS is repeatedly collecting is 80% OCV readings. This isn't enough data to make the calibration computation accurate. So even though the readings are getting taken, and the calibration computation is being periodically run, the accuracy of the BMS never improves, and the estimated capacity vs. actual capacity continues to drift apart.
Click to expand...

- How I Recovered Half of my Battery's Lost Capacity
Reactions: GtiMart

Real world range in the North

D
Is my SR+ actually software locked as an SR?