Rate of Charge Reduction (getting nerfed at Superchargers) 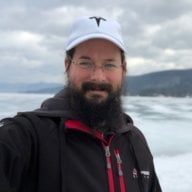 Has anyone with a Model 3 experienced what they believe to be a reduction in supercharging speed due to a high rate of supercharging? (note: not as a result of temperature or charge capacity). It has been shown that on some packs in S and X - notably 75 and 90 packs this starts to take affect at around 2625kWh of super charging.

I’m curious to know whether or not this has been found on Model 3.

Clips from a video posted today by Tesla Bjorn.

It seems the Model 3 has been around just long enough for this phenomenon to start kicking in, even with frequent supercharging and above average driving. In the example above, 15,000 kWh would be approximately 60,000 miles, and the 3 has only been in mass production for a little over a year. We will probably have a better idea in a few years time.

I don’t think the Model 3 will be immune, since it’s a limitation inherent with lithium ion battery chemistry. As long as you don’t use superchargers as your primary charging method, I wouldn’t worry about it.

GolanB said:
I’m curious to know whether or not this has been found on Model 3.
Click to expand...

Rest assured that if it does, the blog/news sites will make a big deal about it and you’ll know.

Tesla is actively working to significantly increase the charging profiles in the Model 3, not reduce them. The chemistry in the Model 3 batteries is sufficiently different for comparisons to those S/X75 & 90 cars to be fruitless.
Reactions: Rocky_H

T
Not Getting High charge at supercharger