I've been having an ongoing issue with a metallic rattle coming from the back. I bought it in for service when I picked up my car back in late June as one of the issues. It started getting worse recently, but it was more of an annoyance since I drive with music on and don't really hear it. Dropping the driver and middle rear seats reduced the noise entirely so I knew where to focus.

Diagnosis:
- I pulled the rear seats (really easy--pull up on the front corners) and started tapping on the rear headrests and listened for the rattling. It sounded like it was coming from the middle rear seat area.
- I tapped on the rear headrests while holding various cables. Tesla did a great job with the cables and they won't make any noise.
- I tapped on the rear headrests while applying pressure to various metal cross members and it stopped when I pressed down on the cross member.
- I tried tightening the various bolts (11mm, 13mm), but they were all tight already.
- I eventually isolated it to the rear middle seatbelt buckle (see red circle). It seemed a bit looser than the others and when I taped the middle buckle to the passengers buckle the rattling went away. Its loose or might be missing a washer.
- Unfortunately, the screw/bolt has a torx t45 or t50 head and there isn't enough space to get in there. I need to check if there's a nut so I can come in from the other side. 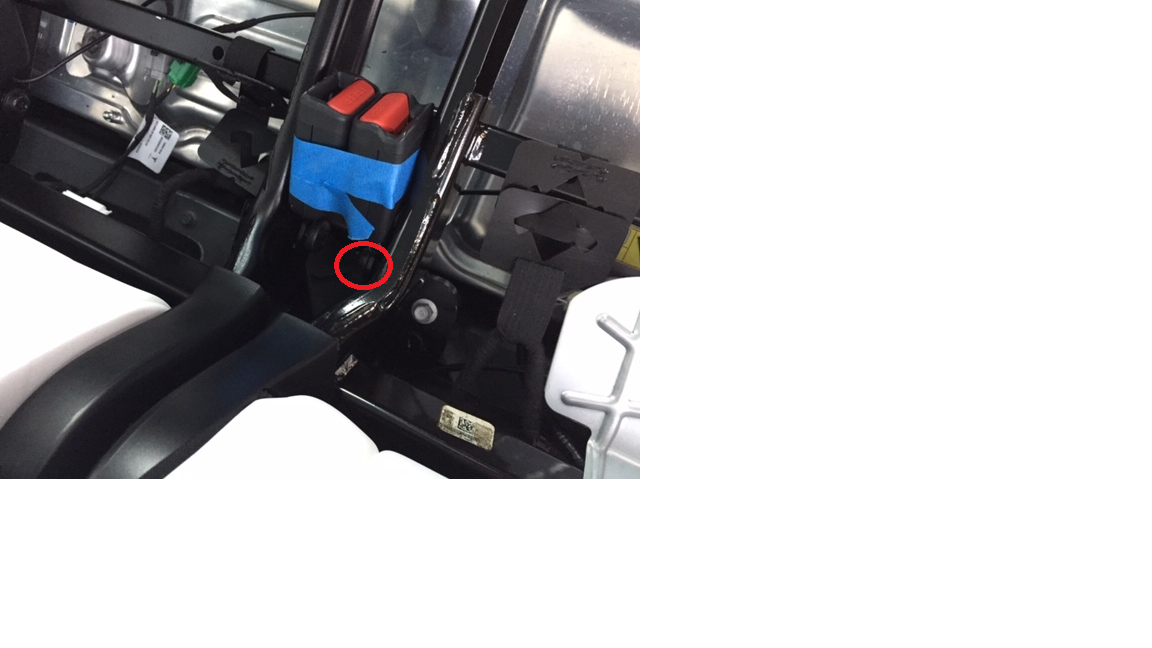 I scheduled a mobile service appointment. I don't want to mess up with torx, but I'm going to try to fix this myself and cancel the mobile service since it should take <5 minutes.
Reactions: Luau26
•••
M

Update:
The torx threads right into the beam (no nut on the other side).
•••
S

So did tightening it fix your rattle sound?
•••
M

The Tesla mobile service guy came out and retightened the T45 on the buckle and it seems to have fixed the rattle. It doesn't seem like a washer was missing.

The ambient temps have cooled significantly so he pumped up my tires to Tesla spec. Unfortunately, it was way too early for a tire rotation (<3k miles).

Big thumbs up for Tesla service! They've been really good to me.
Reactions: Luau26
•••

My source of rattle coming from rear of Model Y