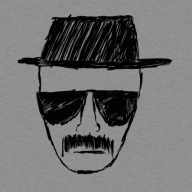 Feeling some increased vibration from the rear of my MS P85D on acceleration over the past few weeks. Took it up to MSP Tesla SC who found no issues.

Just wondering if this could be a tire, balance or alignment problem? Running Michelin Pilots on 21" Tesla Rims. Have about 5000 miles on the tires and from some of my reading, Teslas have been notoriously bad at wearing the rear tires very quickly.

Gonna head to a tire shop tomorrow, but just wondering if anyone else as had the problem.
•••

21's are very sensitive to balancing. May well be the problem. Does it vary with speed, independent of acceleration? If so, then most likely the balancing.
••• 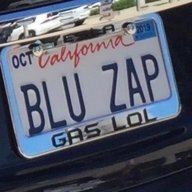 very interested on how this goes. I am coming up on one year for my staggered Michelin Pilot 21s on a p85+. i should start having signs of wear in the nest couple of months. Easy to see how the rears take a beating.
••• 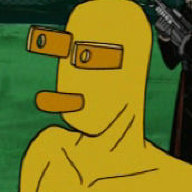 I seem to have experienced this vibration as well on RWD cars such as mine. Here is my take: it's the axle half shafts/CV joints. The vibration only happens when under heavy torque such as during full throttle acceleration, no vibration under steady state driving at any speed. The last time I had a loaner (P85) it had the vibration on it too, with the car at only 10K miles. The loaner car's vibration wasn't quite as bad, but mostly the same. I have had similar issues in non EV cars in the past. In those cases it definitely was the axle half shafts/Constant Velocity Joints. Will it fail the axles like some others have reported happening to their cars? Not sure, but I have been noticing this on my car for well over 10K miles and it hasn't gotten noticeably worse.
••• 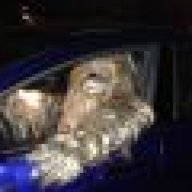 I was feeling a ton of intermittent vibration in the accelerator pedal after initial pick up. Turned out I had the music up so loud the bass was reverberating into the pedals. Go, go premium audio!
•••

If it is only under hard acceleration, it may well be the tires skittering on the pavement as they try to hook up. I do get that when I hammer it. But that seems pretty normal to me.
•••

Based on just the description, I'd say the tires are the highest potential cause.
••• 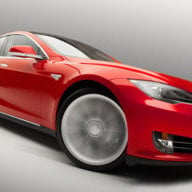 Agree with the comments about the tires, there's a lot that can affect balance. Did the SC put your car in the air and manually spin the wheels to check to see if they were bent? Did they remove the wheels/tires and re-balance them? If yes, it may very well be an axle shaft or quite possibly a prematurely worn motor mount (rarely happens but not out of the realm of possibility, and would be covered under warranty). You're 100% you feel it from the rear?
•••
J

Not sure how Tesla do it but traction control systems often brake the spinning wheel. This braking of one wheel can be felt.
•••
R

Had the same issue with my 2014 P85... Mild vibration felt under acceleration, mainly at freeway speeds. I have lowering links with air suspension (lowered 1.5" from stock) and 22" ADV1 aftermarket wheels. I had the wheels rebalanced and no luck. Then replaced the wheels with stock 19s and the issue continued. Had the service center look at the car and they thought the vibration was caused by a loose CV joint in the rear drive shaft. They said the lowering was to blame by putting added dress on the drive shaft and wanted $1800 to replace the drive shaft. They kept looking and found vibrations in the drivetrain and now are replacing the motor. Under warranty... Phew. Will keep you posted.
•••

No issues with tire balance, or alignment. There was some moderate wear on the rear tires.

service center found no drive train issues at all.

i tested out accelerating on various road surfaces and found minimal to no vibration on rough coat Tarmac or concrete but on brand new Tarmac much more vibration.....so I'm guessing those who predicted it is due to tire slippage maybe correct.

So so it may appear given the torque this vehicle can generate, combined with wear of particularly rear tires may give some suddering upon acceleration.
•••