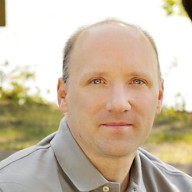 I want to get a radar detector and dash camera installed. I have heard of one attempt that did not go well. I was curious if anyone in the Twin Cities has a good experience with one or both?
R

There is a chance that his reference to an attempt that did not go well was mine, but I have not been convinced yet that the issues I have had were cause by the radar install.

For a bit of background, I have installed my own electronics in cars for 10+ years, after getting a nice about of paint damage from a big box store, and have never ran into any issues, I have done speakers, detectors, inverters, and soon to be camera's. The only difference with this one was that I found out after I started that I ran out of solder so I used a scotch lock as a temporary work around as it was included with the kit. Things got busy and I was running with this setup for about a month with zero issues seen.

Then my car got hit in a parking lot hit and run and I took it in to the body shop. During its time there is when all the issues developed that were being pointed as being because of the scotch lock connector. I can't rule out that maybe the full power off of the car while they worked on it may have caused a low voltage on the wire with the connector but I would hope that the modules would be protected from that already. The single wire was repaired and a few modules in the car have been replaced but I am still experiencing sporadic issues with the drivers side of the car, some that started a few weeks after getting the car back.

With all that said, I don't really have a recommendation for a place to have them installed but if I was the attempt that didn't go well you don't have to worry about bringing it to the same place. :smile: There have been others on this forum that installed the escort 9500ci the same way I have with no issues that I have heard of so I wouldn't worry as long as your bringing it to a place that works with high end cars. I think most places would be able to complete the project without issue but personally I have a hard time trusting the big box stores with anything like this.

I am pretty sure this was a reference to a shop having done an install and a desire not to recommend that shop. But maybe I mis-heard it.

Just as a quick follow up, after talking about this yesterday I took a look at this last night. The grounding nut was loose... Wish I would have looked at it 2 months ago when the issues started because 2 minutes last night seems to have fixed all the issues I was seeing. Oh well :frown:

I need to find a place to do this badly. This car demands a radar detector, and I have the small window for external signals taken up by my MN Pass transponder!
V

I suggest bribing Raptorweb into doing it for you. He seems to have the most experience of anyone I know.

Anyone have any experience with them?

Can we PLEASE Get a Competent Service Center in the Rocky Mountain Region?