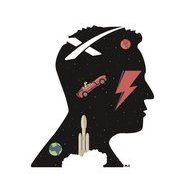 Hopefully someone can help, nothing (helpful) on google.

We have a red cap 5 pin (probably 3 phase) commando in the staff car park. I’m getting permission to use it but have no idea how to get it connected up.

There’s a blue adaptor with the UMC but do they do red ones?

P.s. I work in a hospital so everything has to be kosher 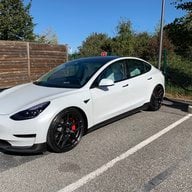 They used to sell one but in Switzerland, at least, they stopped for now. Also, note that the v2 of the UMC only supports single phase charging while the older v1 supports 3 phase. I was quoted 700 Chf to purchase the v1 instead and with the v1 they could sell me the adaptor for another 50 chf on top.

I decided to buy the Juice Booster instead which is 3 phase and comes with very high quality adaptors:

Probably your best bet is to pick up a V1 UMC on eBay or similar, and get the red commando adapter.

Alternatively (charge at 1/3 the speed but much less cost), is to find or make up a short cable red commando plug to blue commando socket, using only one of the phases.

Do check exactly what you've got there - it's hard to tell from the photo with the cover shut and nothing for scale. There does exist a similar red 4-pin rather than 5-pin: if you have one of those you are completely out of luck as nothing will let you charge a Tesla from it. There's also the question of size: these sockets - both the red ones and the blue ones - exist in 16A and 32A (and larger) ratings which are all exactly the same shape, just bigger for the higher rating. Red means three-phase, blue means single phase.

The above advice is assuming that what you have is the 16A version. If it's a 32A then Tesla have never made a 32A red adapter for either variety of UMC; you could get the Juice Booster or similar, but it's expensive. In that situation the simple single phase converter cable becomes more attractive (assuming a Model 3, now charging at 2/3 of the max possible rather than 1/3), though you'd need to get the 32A (blue) adapter for your UMC from Tesla.
Reactions: Roy W.
•••

Thanks guys! I’ll get better pics on Monday.

Worth also checking it’s a socket and not a plug to connect an external generator.
•••
C

Mennekes 24198 is 32A 3 phase neutral and Earth.
Normally want the neutral when you want to power a 3 phase 415V item with a control system - you take one of the phases and neutral to get your 240V for the controls. (The similar 4 pin sockets don't have a neutral. Each of the individual phases in 3 phase 415V is only 240V to neutral)
It'd be relatively easy to just take a single phase and convert to a blue commando socket to "theoretically" get up to 7kW charging.
32A 415v Plug to 32A 230v Socket
Note, they describe the adaptor as "for testing".
(Presumably worried about unbalancing a three phase supply - how bad that is depends on whether the building 3 phase supply board is the same one supplying the single phase supplies for lighting and sockets inside - the fact that the neutral is there suggests they're prepared for some single phase loads on the system)
Would want to confirm that the building are OK with you only using a single phase load before going that route. It would very much depend on what their other loads are and whether the 3 phase supply is also feeding the single phase loads - (if you find somebody that knows that I'd be amazed).
If it were me, I'd probably make the cable but only charge at 13-16 A, so 3-4 kW.

Going 3 phase to get 11kW could get expensive, but it is definitely the better solution.
•••
A

TezzyMod3 said:
That cable is £750. I’ll have to use 5000 charges to get my monies worth! I was hoping for a simple adaptor guess not
Click to expand...

If you don't mind slow charging, the simple adapter to 16A single phase won't cost much.
•••