headcase said:
Ditto. I don’t even care as much about departing the house with a full charge anymore. I just get in and go.
Click to expand...

Even on the road, I prioritize hotels with L2 chargers and almost always wake up with a full charge. Quick supercharge or two during the day, usually at times we'd stop anyway for food/bathroom breaks, then hit the road again. It's very rare these days you actually need to think hard about this stuff or spend a bunch of time waiting when you wouldn't otherwise be stopped. The Supercharger network is getting close to ubiquitous in the continental US.
Reactions: Jabbahop, Eugene Ash and WhiteWi 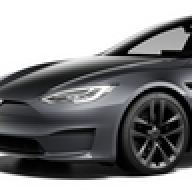 For the sake of good research I decided to do a little experiment. I had a trip for work come up unexpectedly that sent me from New Orleans, LA to Mobile, AL. I mapped the destination and found that the one way travel was around 172 Miles. Add in the return trip and you get pretty close to the max advertised range of the Model S LR with 21" Arachnids. I decided to attempt to make the round trip, complete with 7 and a half hours of work in the middle, a shot.

I set the car to charge to 100% with 5AM scheduled departure. I left on time with the cabin preconditioned. To maximize range I set the AC to 70 degrees, 1 fan speed, and the music at the lowest 3 setting volume. The temperature was 82 degrees with no wind or rain. I punched in my destination and got the expected result. 37% charge estimated at arrival in Mobile.

Similar to last trip, I took some pictures of the energy usage approximately hourly to give everyone an idea of consistency. 247 Wh/mi after the first hour was significantly better than my average of 314 Wh/mi over the first 2763 miles on the car. 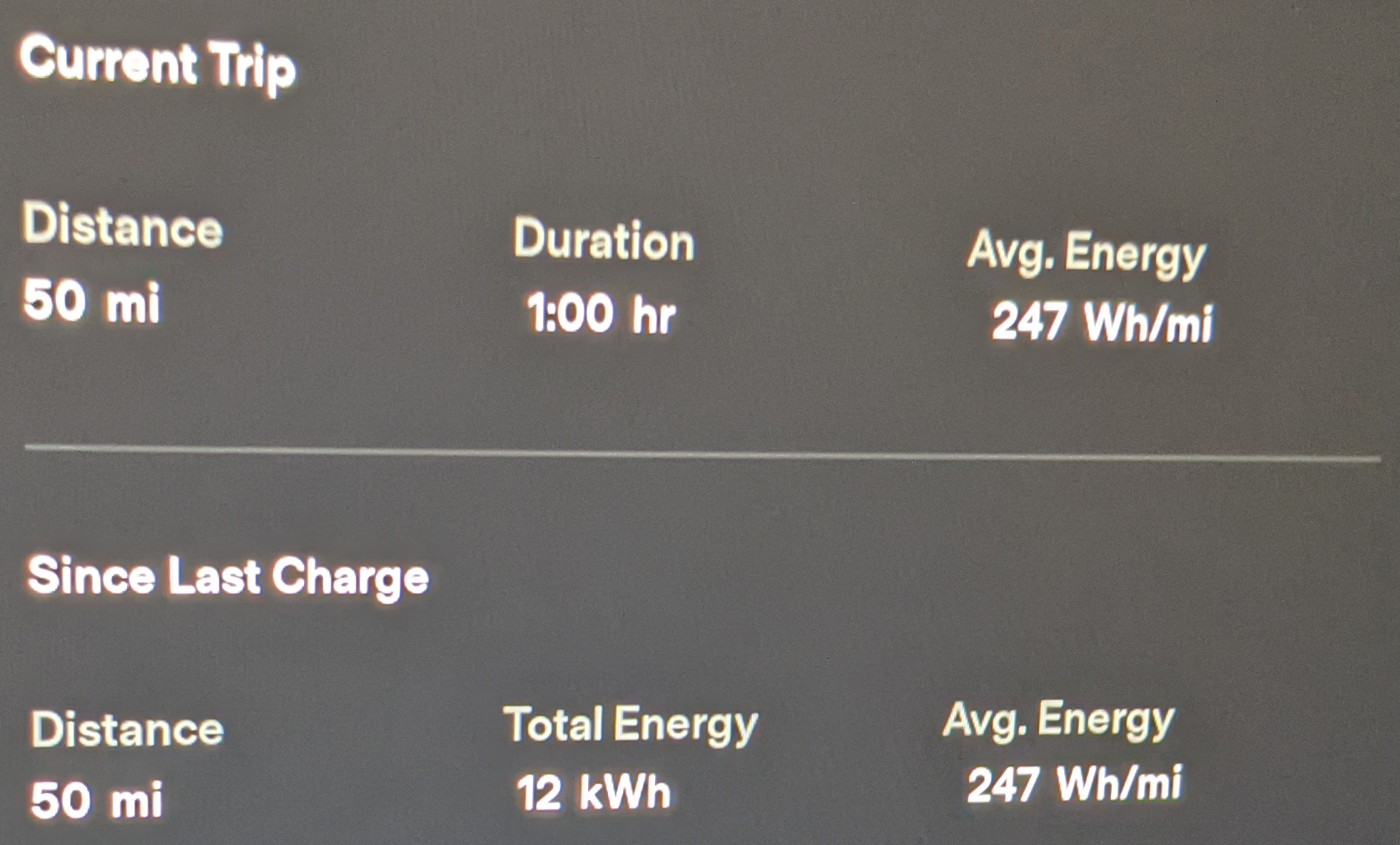 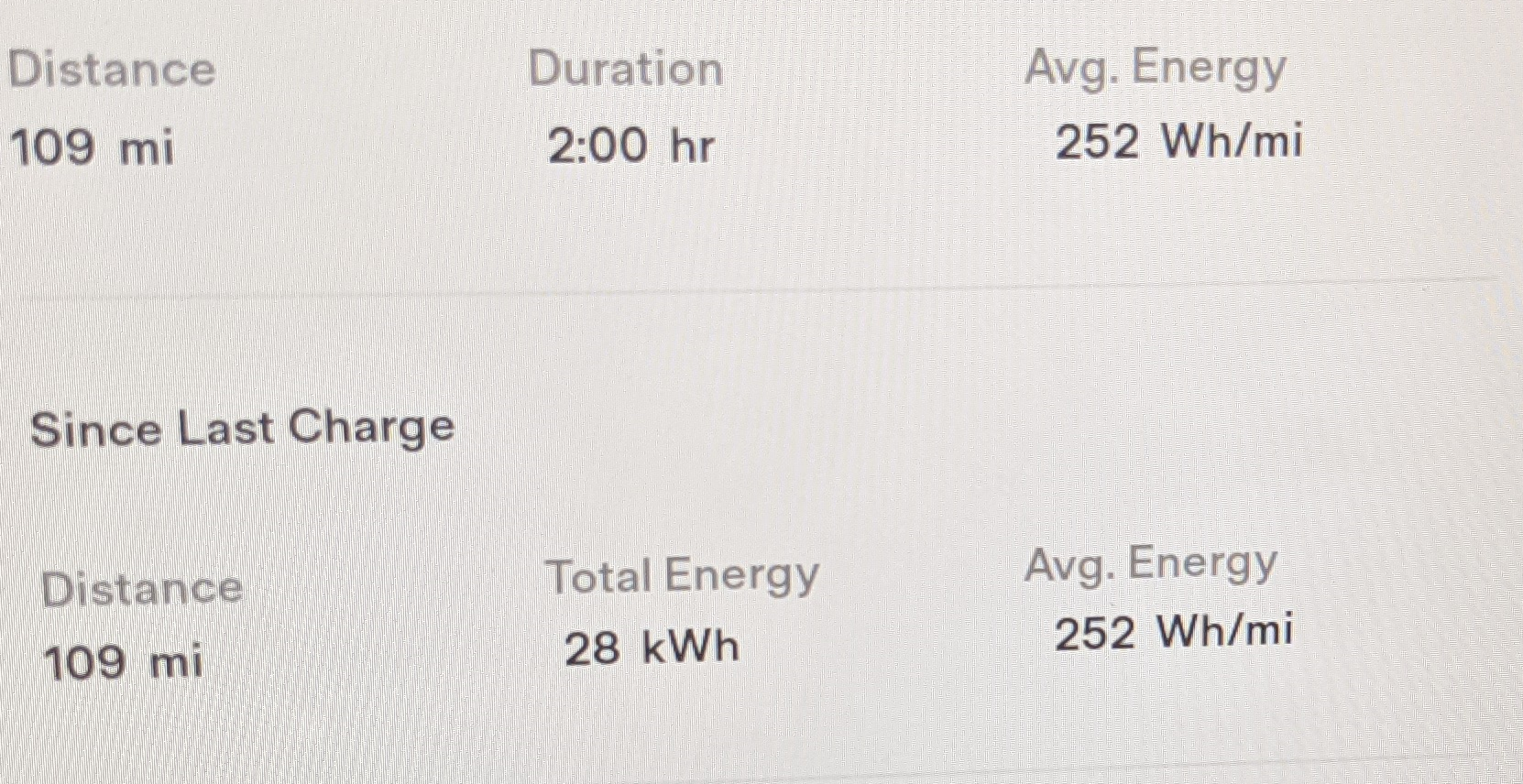 Another hour of driving and I reached my destination. 248 Wh/mi over 173 miles. Leaving so early, the AC set to 70 degrees and 1 fan speed was perfectly fine to keep the car the same temperature as when I set out. I had a slow but comfortable trip. The updated prediction was correct as I arrived with 54% charge remaining. I felt comfortable that I could make it back baring some disaster. All I had to accomplish was minimizing vampire drain, and hope for some luck with the weather. I turned off sentry mode and cabin overheat protection and went about my work day.

During the workday it was mercifully rainy. There were lengthy severe downpours, wind, dark cloud cover, and generally cool temperatures for summer in Alabama. I returned to the car at around 2:30 PM. Upon my arrival, I was pleased with a hot, but not deadly cabin, and 54% charge still remaining. The temperature was reading as 83 degrees. I hit "home" on Nav and got instructions to charge in Mississippi. I deleted out the charging stops and was given 0% charge at arrival. I set out with the AC still on 70 and 1 fan speed. It was still way too hot, so I had to dial the fan speed up and back down throughout the drive. I did my best to keep it at 3 or 1.

After 30 minutes of driving at 60 miles per hour the estimated charge at arrival was 6%. I decided that was plenty.

After an hour of driving, alternating AC fan speeds and turning the seat cooler on an off due to general discomfort in the cabin, I was able to achieve something similar to comfort. I was fortunate to maintian good efficiency with 253 Wh/mi. 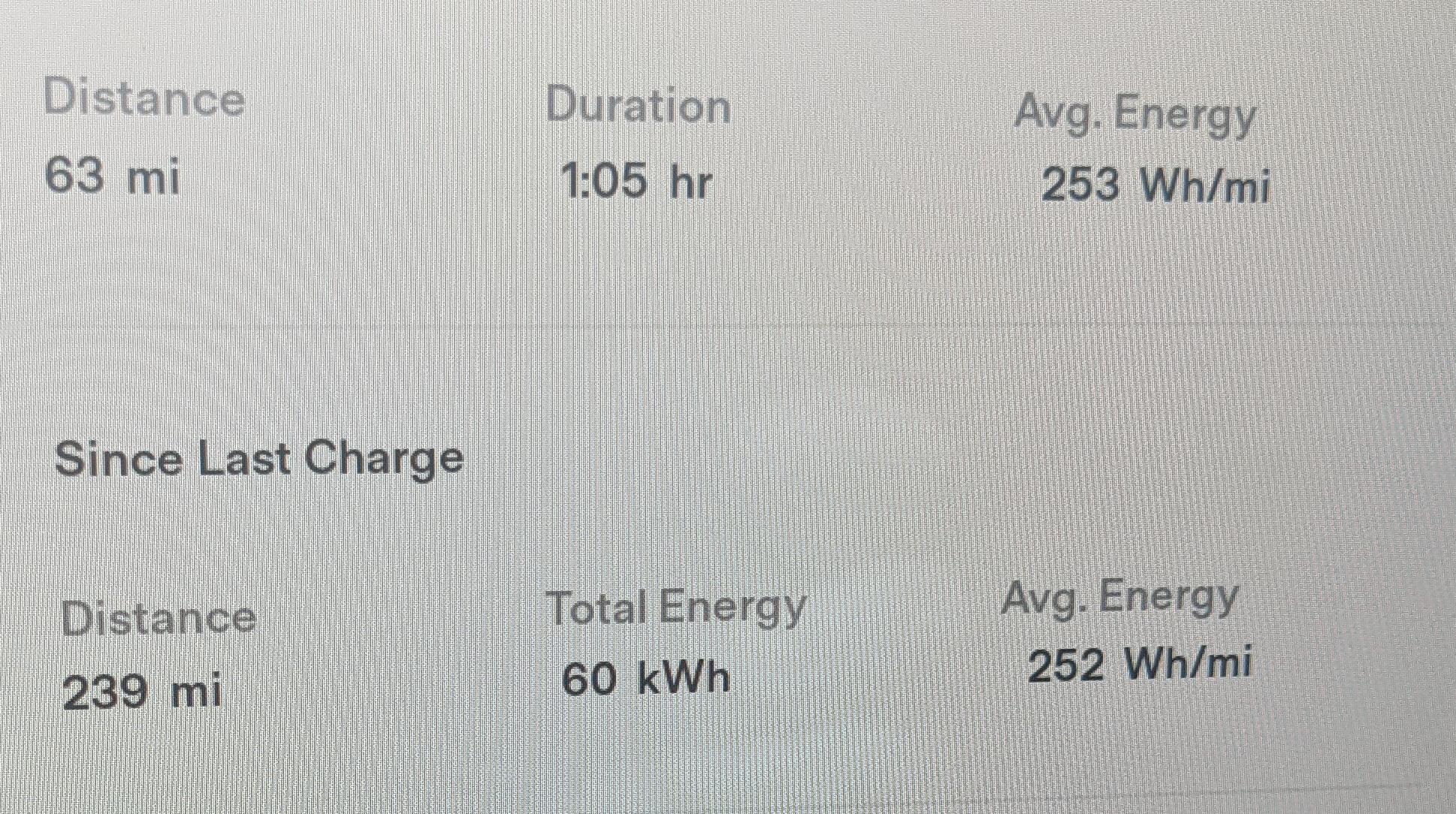 Unfortunately, I did have one thing working against me. An observation that no one from New Orleans would find the least bit surprising, the closer I got to New Orleans, the higher the temperature got. It slowly crept from 83 degrees all the way up to 97 degrees. I cranked up the AC fan speed quite a bit, quite often for the tail end of the drive. I made a stop at the Louisiana Welcome Center and forgot to take a picture of the trip. Leaving the car reset the current trip, so I do not have the efficiency of the second hour of travel.

The great news is that I was able to make it home with, you guessed it, 6% of charge remaining. Average efficiency for the final leg of the trip was 248 Wh/mi. I cranked up the fan speed to 5 and left it there as soon as I passed the point where I was making it home no matter what. The overall average efficiency of the entire trip ended up being 251 Wh/mi. I probably could have run the AC a little higher, but I didn't have hard data on that, and was unwilling to risk the entire trip to be comfortable on the drive home. After all, I have lived in New Orleans for my entire 34 years. It is not like this is the first time I have had to be uncomfortably hot for a few hours. 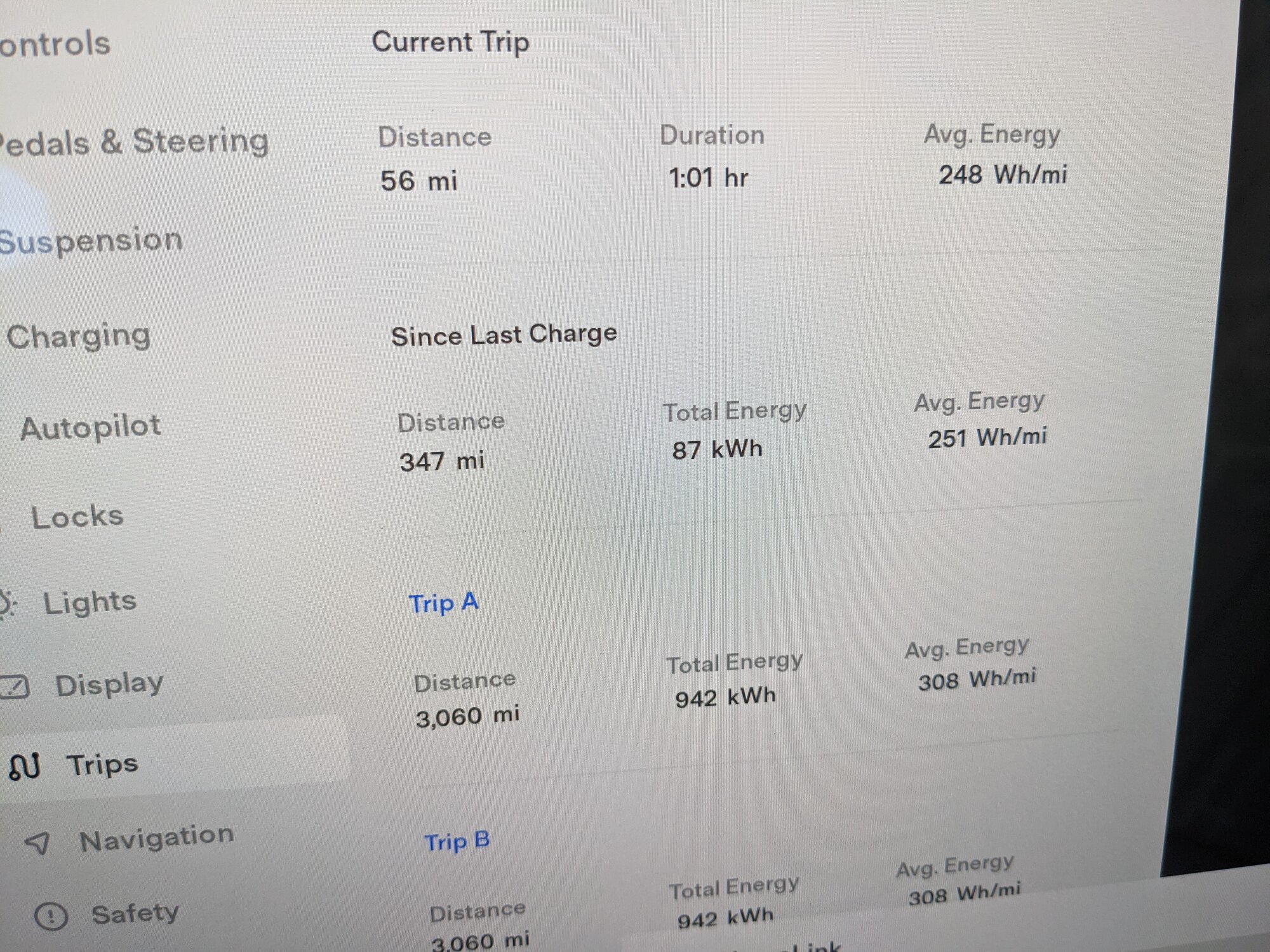 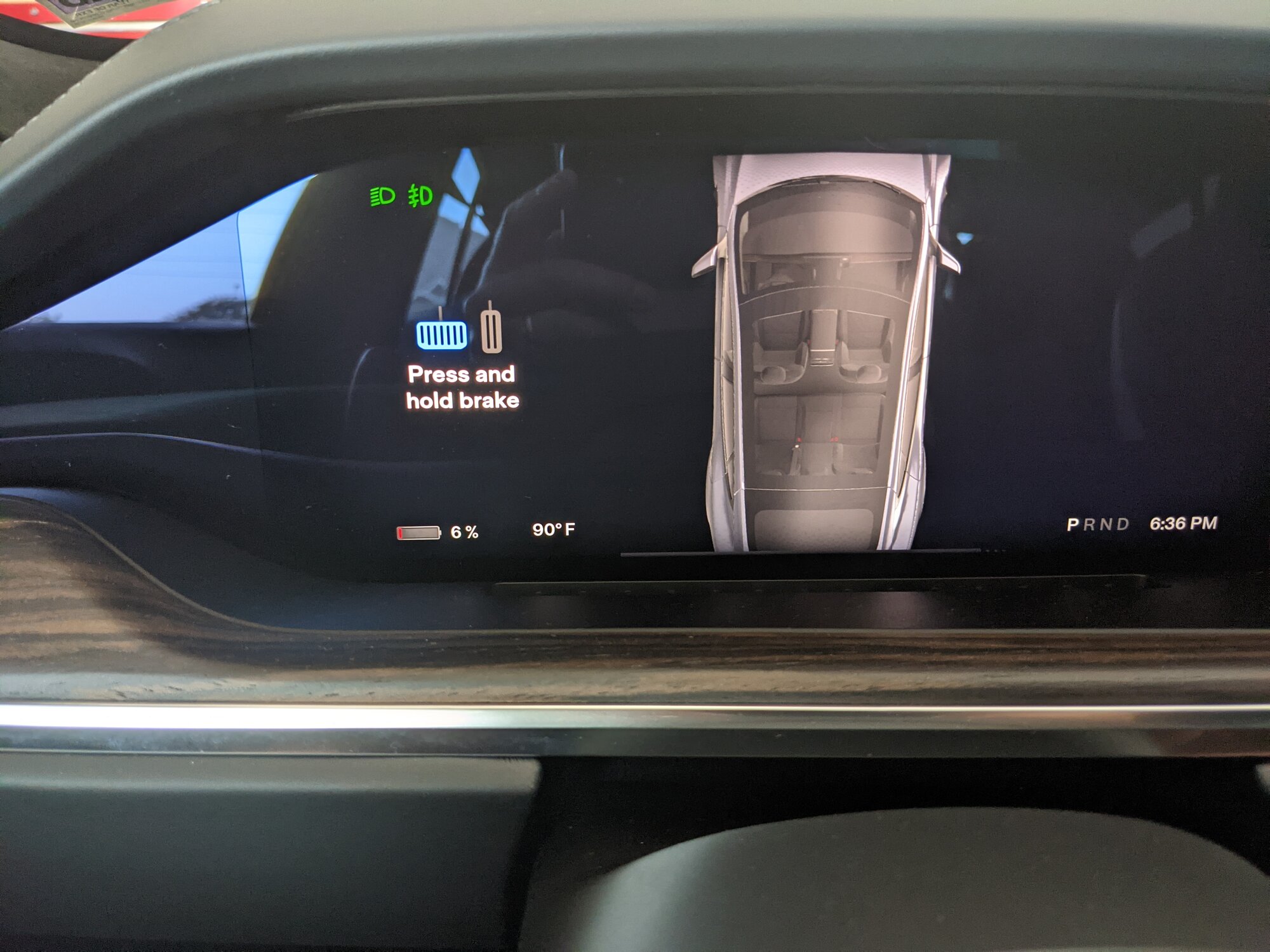 In summary, I was able to drive 347 miles on 94% battery usage. The entire drive was spent on autopilot at 60 miles per hour. I did not go out of my way to draft or use any other techniques. I simply wanted to know how far the car could go on one charge. The trip was slow, but easy. I didn't run across any rude drivers or other trouble for going so slowly as I kept to the right lane the entire time. The LR passed the test with flying colors in my estimation, as it had more or less exactly the expected range. Turning off sentry mode and cabin overheat were all that was necessary for the 7 and a half hours the car was left sitting in a parking lot. I could have turned off mobile access, but it was equally effective to just ask my wife not to wake up the car. I will not start driving 60 miles per hour all the time, because the same trip could have been achieved at 75 miles per hour with a 10 minute stop in Mississippi on the way home. I ended up stopping for 10 minutes on the way home anyway, I just didn't charge.

I will be doing a return trip to Mobile, AL in a week or two, and will attempt a faster drive with the AC set a little higher when necessary, and with the primary focus being drafting. I will plan to find an 18-wheeler and follow them for as much of the trip as possible. I will likely target one going somewhere between 65 and 70 miles per hour. If there are any other questions, comments, or suggestions, I'm willing to take them into account for another test run in the future.
Last edited: Aug 23, 2021
Reactions: charterry, Jabbahop, jebinc and 7 others

Neat little experiment, well done. I suspect you’ll find the cabin fan speed to be close to negligible to overall consumption. Spinning a fan uses surprisingly little energy, orders of magnitude less than the AC compressor itself. Might as well circulate that cold air you’re producing to be comfortable.
Reactions: Rocky_H, byeLT4 and WhiteWi

I agree with your assessment. I didn't need to go higher than 1 on the drive to Mobile. On the return trip, I arrived at that conclusion relatively quickly, but feared damaging the car if I was wrong. This was to be the lowest state of charge I ever drained the car, so I was not comfortable with risking it. I drive around 30% charge per day, so I rarely go below 50%. So far I have done 6%, 14%, 44%, and everything else was above 50% for the first 3200 miles.
Reactions: byeLT4, WhiteWi and ucmndd 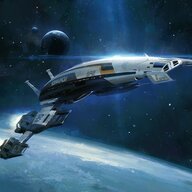 NOLA21SGuy said:
In summary, I was able to drive 347 miles on 94% battery usage. The entire drive was spent on autopilot at 60 miles per hour.
Click to expand...

I see that ABRP is using 294 wh/mi as its reference consumption for a MSLR Refresh with 21s, which is a bit less than your lifetime of 308. I expect most people will run 325 or so?
T

txgreen said:
Just read about the Mercedes EQE due next year. Claimed charging speed of 31 mins from 10% to 80% of a 90KWh battery. Does anybody have any real data on the charging speed of the refreshed S?
Click to expand...

Yeah - that looks like it could be a great car. Looking forward to the competitive marketplace. The biggest advantage Tesla still has is their supercharger network, but if Elon makes that public, then that advantage is done.

DBV1 said:
Yeah - that looks like it could be a great car. Looking forward to the competitive marketplace. The biggest advantage Tesla still has is their supercharger network, but if Elon makes that public, then that advantage is done.
Click to expand...

What is real world mileage on the LR 19? I know it is rated for over 400, but do you always plan for 80 percent of that going on a trip?
T

Charging is much slower over 80%. I usually charge to 100% at home before a trip, timing the charge so that the car does not sit at 100% for too long. En route I try to arrive at a charger with at least 10%. On atrip when charging overnight I charge to 80%+ then top off in the morning before leaving. During the day, at superchargers I usually plan to charge up to 80%, otherwise it takes too long. So I am very interested in the charging speed of the refreshed S between 10% and 80%.

Model S Yesterday at 7:00 AM
Issaction