I have had a Powerwall 2 installed for around 10 months and have had several significant failures. The first incident occurred within around six months when the Powerwall switched to battery, the whole house tripped and I could not restore power for around 14 hours; in the end I switched back to the grid manually following a discussion with the installer and got the house powered; when switched to battery, the power appeared to be oscillating. I isolated all the individual circuits, but the MCB kept tripping. This was at the weekend and there was no support from Tesla. I got my installer around the following day and he observed unexpected/unexplained voltages in the Gateway.

It took a further two months for tesla and the Installer to organise and take another look, and during the testing the system failed again. The installer took the view that the house was the problem and not the Powerwall, although he had no evidence for this.

The Powerwall is clearly sending events to Tesla that align with the failures, but I have no idea what these include and Tesla won't share the information.

I have subsequently had two further trips in the last week both tripping the MCB and not individual circuits. Prior to the Powerwall being fitted, my household electrics were stable and I had no spurious trips.

Has anyone else experienced this, and does anyone know what is contained in the events that are sent to Tesla?
••• 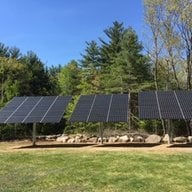 When I had major issues with the whole house losing power, it was caused by there being too much solar being generated for the number of PowerWalls installed. Once the installer put in an additional PW, those issues resolved.
•••

Complex install questions for 400A house