On June 13th I had a driverless parked Honda roll across a public carpark into my drivers door just before I was due to set off on a 250 mile journey (neither driver was present but a witness found us both - there were three Model 3s in that carpark but I knew the instant he told me that it was bound to be mine).

The handbrake on the Honda hadn't been applied which resulted in crush damage to the Tesla aluminium door skin, however the door functioning, window & speaker all worked as normal. The other owner was full of apologies and very upset about their carelessness. 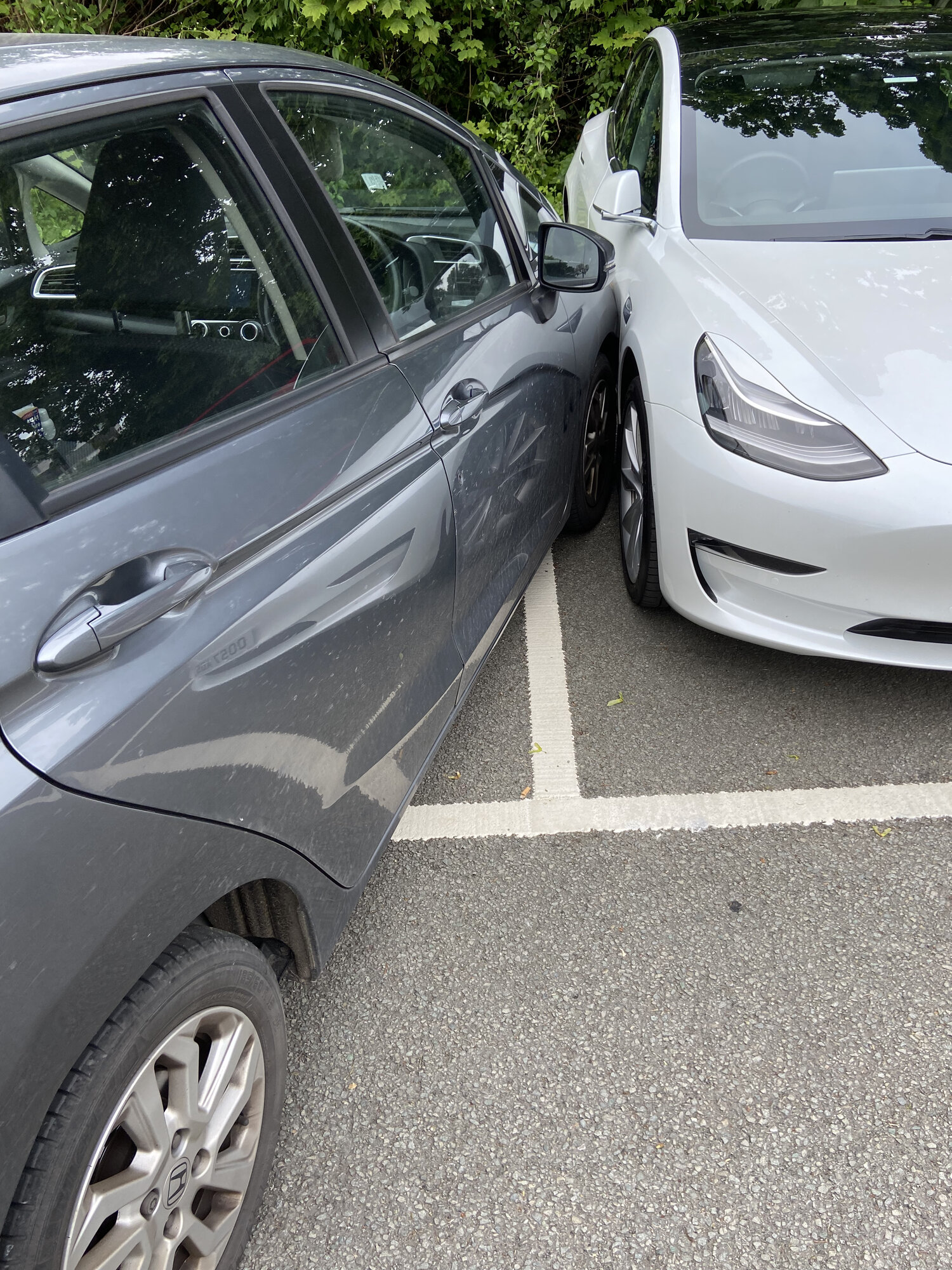 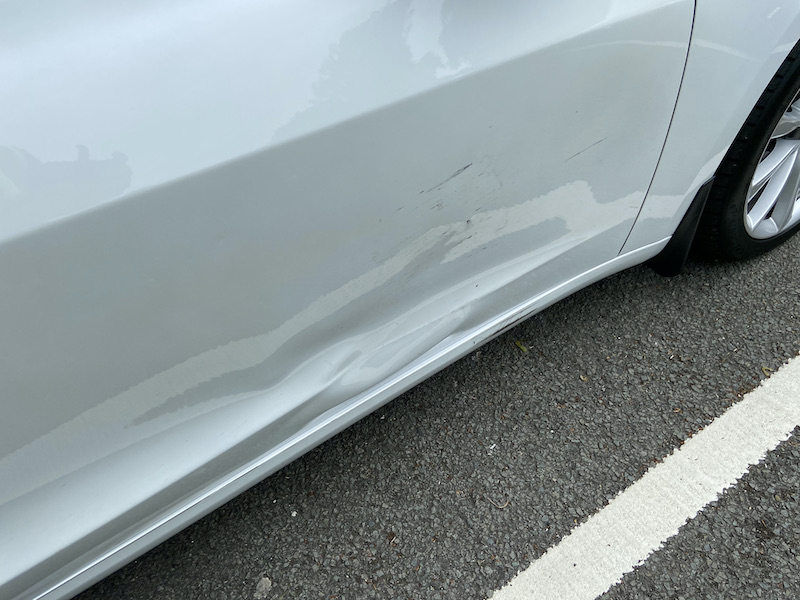 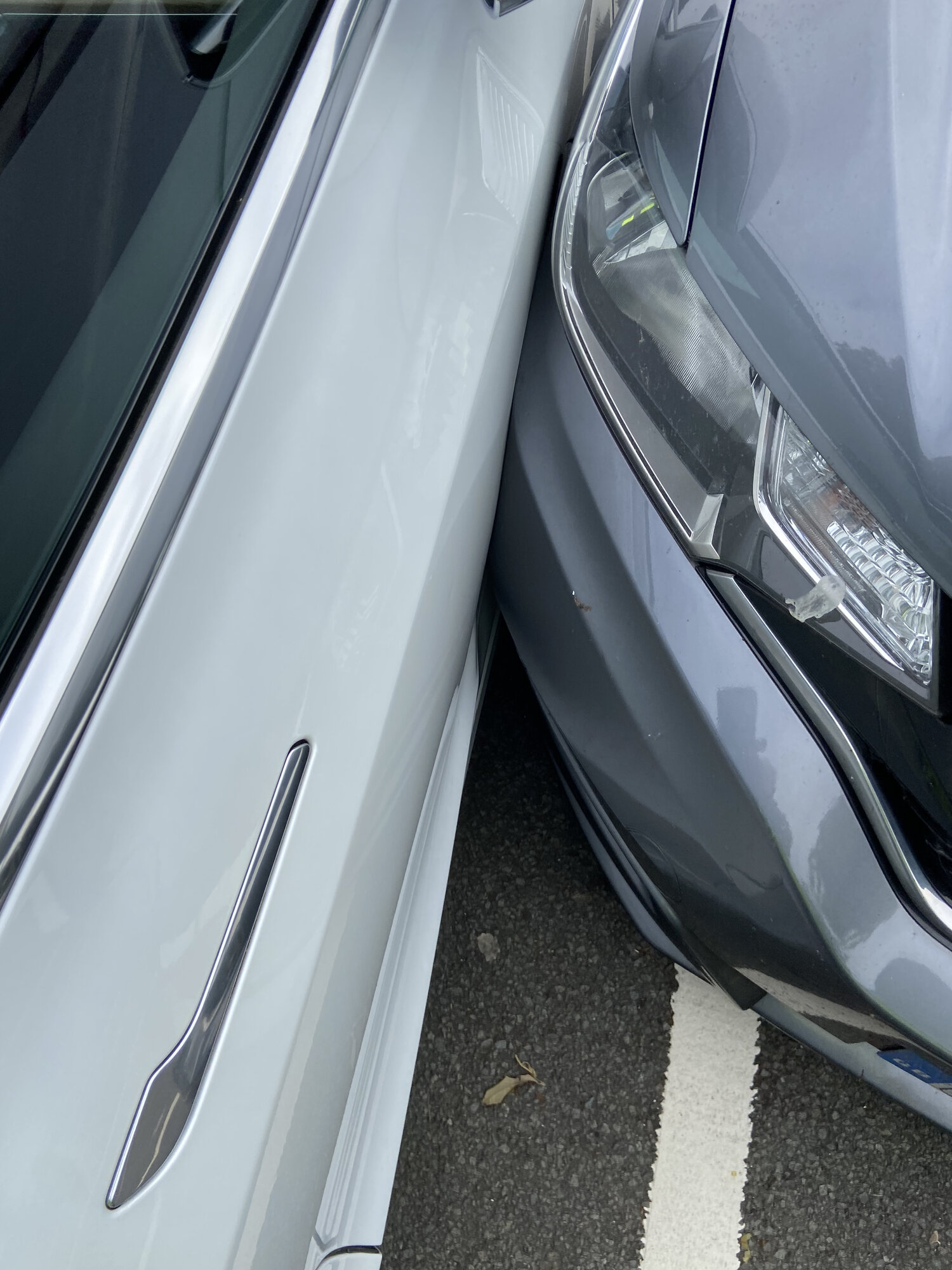 The 3rd party accepted full liability, their insurance is paying & my car is being repaired by Fylde Coast Accident Repair Centre in Blackpool (approved Tesla centre). Tesla supplied the full unpainted door to them within two weeks & Fylde will also blend pearl white on all adjacent panels because "Tesla white varies slightly from batch to batch". The entire car will then be slow baked in an oven (they also have another Tesla awaiting doors and apparently that one involves ongoing issues with Tesla miscommunication and supply). Whilst it's in I'm also having a couple of other small areas on a sill and the boot repaired and painted at my own cost.

...as an aside I also needed to remove the full length ppf tape I applied to both sills on the day I received the car & it's good to see that the paint underneath remains absolutely perfect so I will reapply once the car is back in my possession.

Green Flag have collected the car by low loader and it was delivered yesterday. In the meantime I have received a (literally) brand new Jaguar iPace HSE Black Edition courtesy car via Thrifty for the duration of the repair. I'm impressed with that so far & will give impressions elsewhere.

Last night I also received a link to track the repair so let's see how it progresses. So far Fylde have been outstanding with regular updates and communication, even during the four weeks prior to receiving the car..... 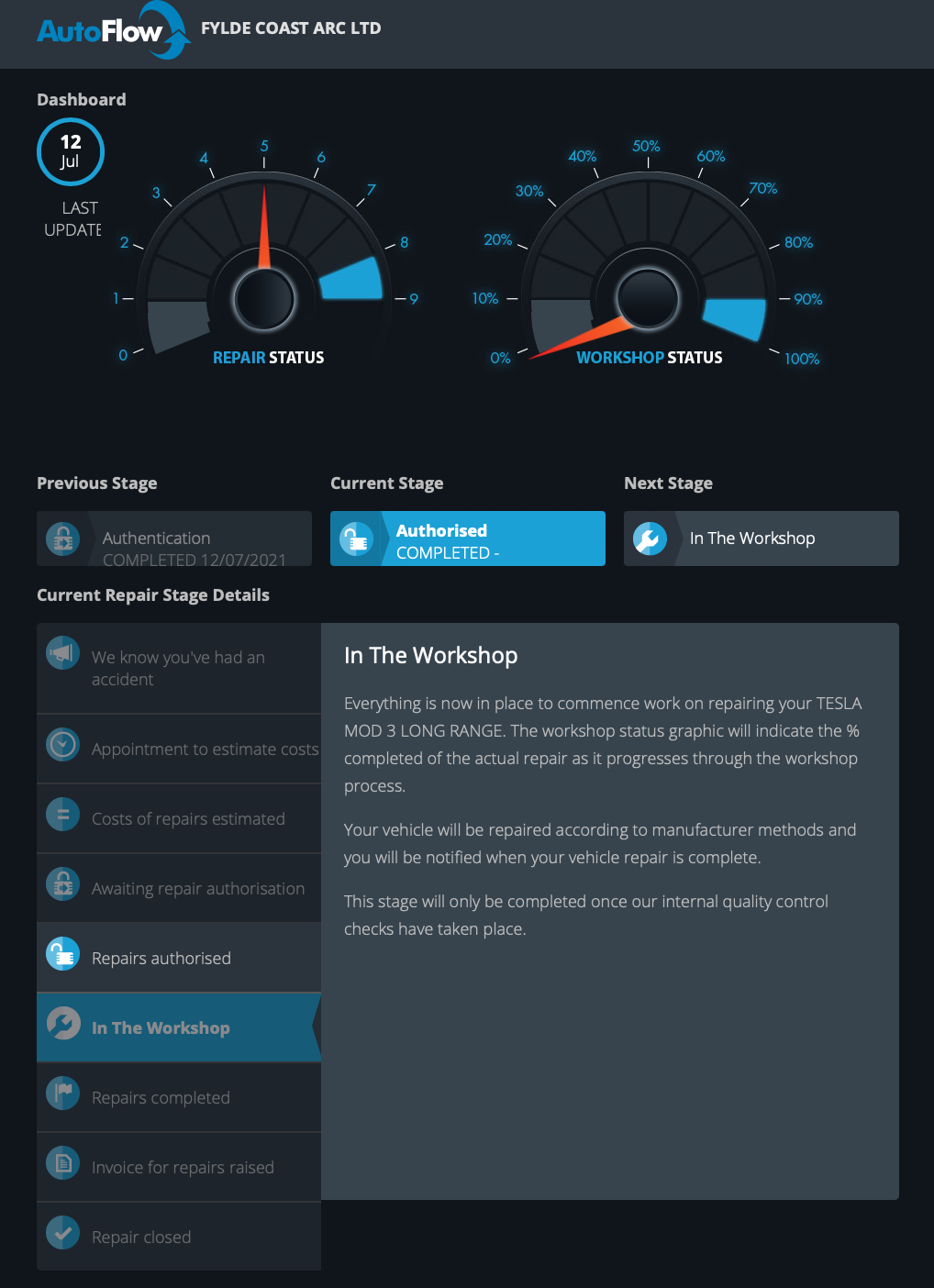 So unlucky, but sounds like you’re being looked after. Always a Honda, eh…. Guess their driverless technology is way behind Tesla

My car has been returned by Fylde today (thoroughly cleaned & valeted with tyres shiny black). A faultless repair including regular updates and communication.

The paint match is indistinguishable against the surrounding areas to the new door and also the two small repairs to sill and boot. Apparently high resolution images are taken by software controlled equipment from eight different angles to capture shade differences and then blended to an exact match for each individual panel prior to the clear coat application and oven baking.

The paint is not supplied by Tesla themselves and I have a separate 5 year warranty against the work undertaken - reassuring to know that long after the original PPSW has flaked, worn and rubbed away there will be at least three areas in perfect condition.

Fylde is clearly a company that goes above and beyond and as a recently approved Tesla bodyshop I cannot recommend them highly enough. 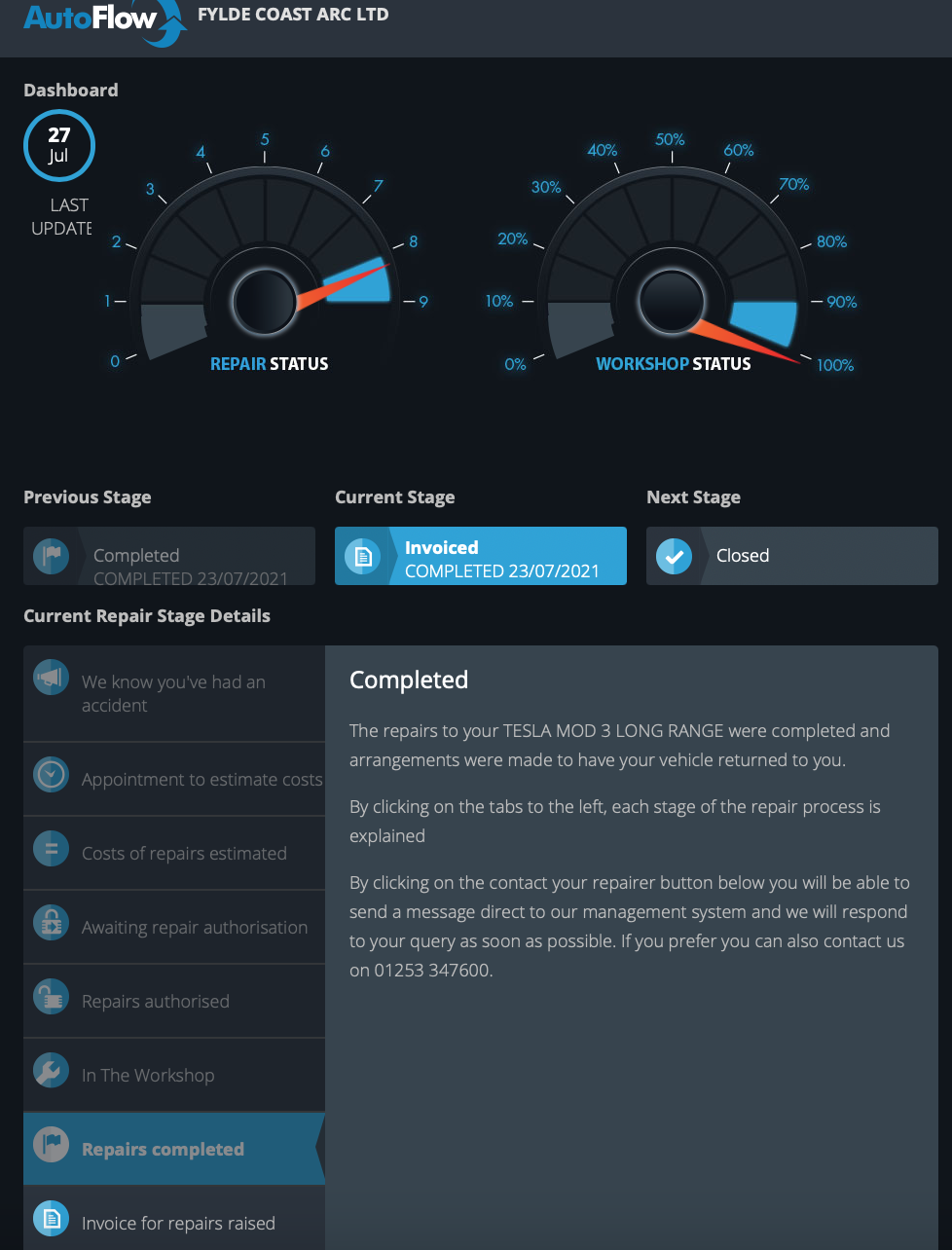 nb: I have just reapplied new ppf strips to each lower sill prior to driving again.
Last edited: Jul 27, 2021
Reactions: VanillaAir_UK and Durzel

What a glowing review

I just looked them up, in the hope that they might be local-ish in the event that I ever had an accident (touch wood), and they're 210 miles away. Is that too far to travel for this level of customer service?

Durzel said:
What a glowing review

I just looked them up, in the hope that they might be local-ish in the event that I ever had an accident (touch wood), and they're 210 miles away. Is that too far to travel for this level of customer service?
Click to expand...

Based on what I paid for the two small additional repairs Fylde are not cheap but you get what you pay for & I'm more than happy. The car looks as good as the day it was delivered in early 2020. 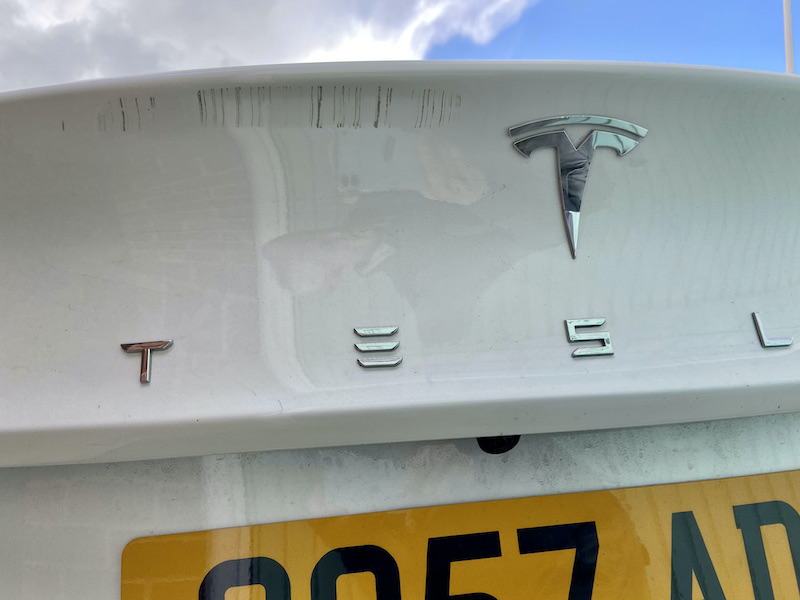 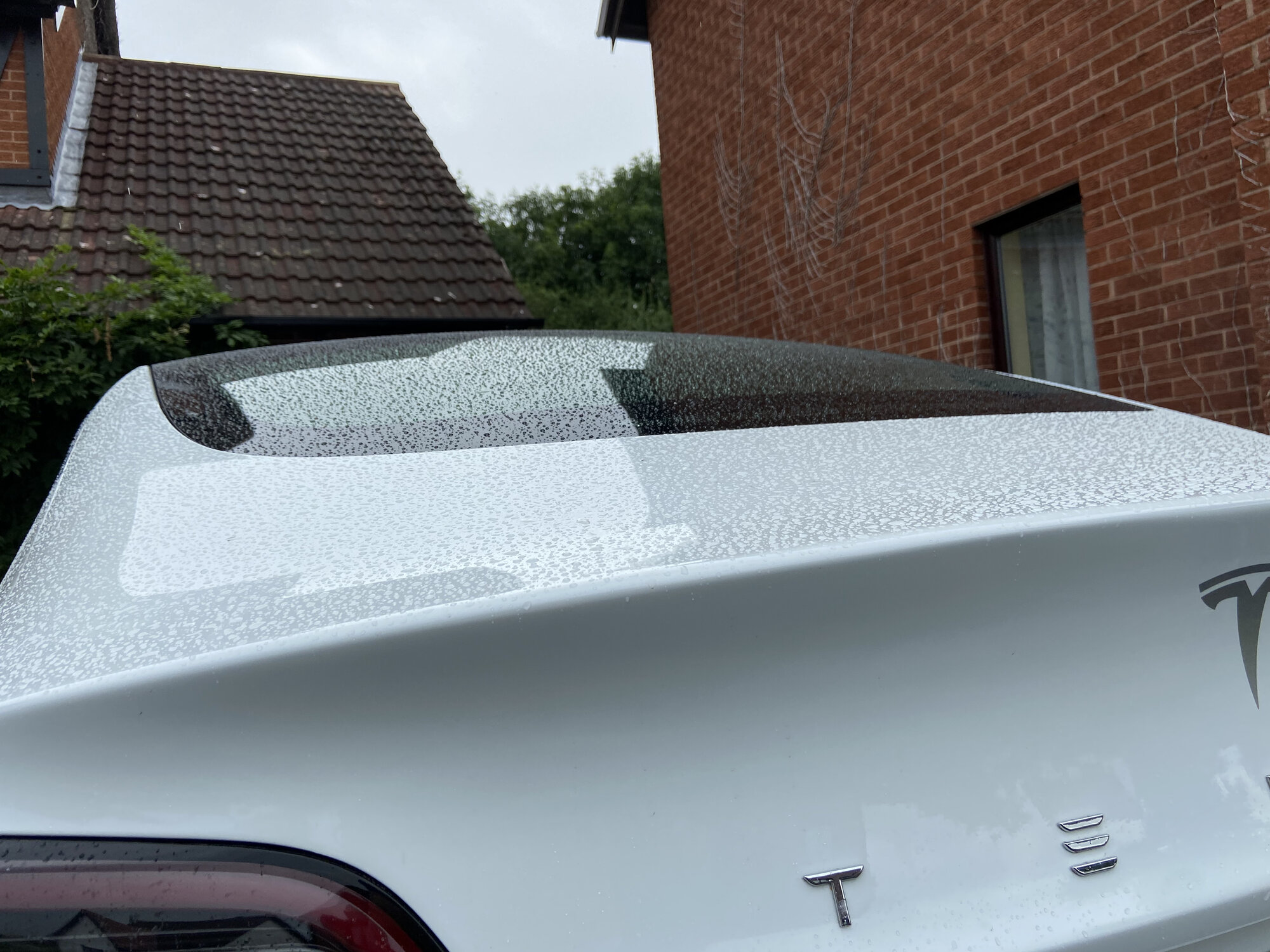 I
Arrgh! I scratched it -South Coast Repair