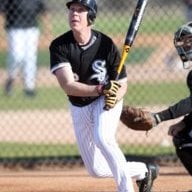 Hello all. I have not seen the issue that I'm having addressed, but forgive me if I missed something. I have a 2013 Model S. The other day I took the car in for service. When I handed the key fob to the service rep, he dropped it and cracked the case. He immediately apologized and said that he would replace the fob. When I picked up the car he gave me the new fob and a second fob as well. He told me that I had received two fobs with the car and that the new fobs superseded the old ones and that the old second fob would no longer work with the car. I told him that I had the second fob at home and that I would take out the battery (and give it to my kids to play with as a toy). When I got in the car with the two new key fobs, I saw the "low key fob battery" message. I went back to the service tech and he assured me the batteries in the two new fobs were brand new and that the message would eventually go away. It has been two weeks and the message is still there. I tried all of the suggestions people have noted in the forums on how to get rid of the message: get in car with both fobs and press and hold center button; lock and unlock doors with key presses on both fobs, drive around with both fobs in car. Nothing has worked. So I had a mobile tech come out and he also could not fix the issue. He says that the Tesla "system" is showing that I have three key fobs. But even when we put a fresh new battery in the fob I'm giving to my kids (the second, old fob), the message was still present. Now, he says I have to bring the car back to service to get the issue fixed. Has anyone else had a similar experience?