Replacement Fob for Model S - how much did you pay for the fob and how much to program? 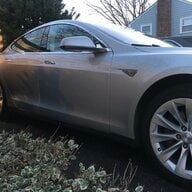 There seems to be a lot of variation in experiences getting replacement fobs, even when getting them from Tesla. How much did you pay for the fob and how much for the programming? If you bought the fob from a third party, how did you know if it was programmable, or if it was already tied to a different vehicle?

Good question. For me, I'm not going to trust buying one online, though it might be an ok thing to do. I got a new one from the service center. Cost me $135 and took them about one hour to program it to the car.
Reactions: iamthewaughrus
•••

Silicon Desert said:
Good question. For me, I'm not going to trust buying one online, though it might be an ok thing to do. I got a new one from the service center. Cost me $135 and took them about one hour to program it to the car.
Click to expand...

$135 total. Sorry to not be clear. I have noticed that for whatever reason, the price does seem to vary at some service centers.
EDIT: and I doubt it took them an hour of labor. I was IN THE SHOP for an hour and it seemed it took about 30 minutes for them to get to my car.
Last edited: Aug 1, 2022
Reactions: iamthewaughrus
••• 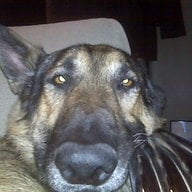 You can program them yourself on the new S. Look at the owners manual to see how.
••• 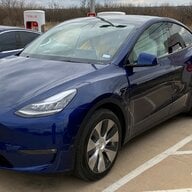 The 3's, Y's, new S's and new X's can be programmed by the owner in the locks menu of the car as long as you have at least one valid key on you. To do this, you just need to buy extra Key Cards or Fobs on Tesla's website and then follow the in-car instructions to program it to your car. NOTE: You can't program your own keys if you lost all of your existing ones, that would still require a visit from service.

If you have the Older S and X, I think you would need a service visit to do those.
•••

Yes, I realize the newer vehicles allow for programming at home. For the 400,000ish Model S vehicles sold before that, though, like my 2013, a lot of fobs will still need replacing and programming.
Reactions: ⚡️ELECTROMAN⚡️
•••

Made a mobile service appointment. They (Tesla) are scheduled to come to my house with a new key fob and program it. $190 total for parts and labor.
Reactions: iamthewaughrus
•••
W

Many people have had success having Tesla program a fob they bought from a 3rd party, which is one of the reasons I posted about this. It is hard to tell if it is a policy, if it depends on who you get for service, or if it depends on if the fob is used and still linked to a previous vehicle.
•••
D

I was just at my local SC and asked them if they could pair a FOB to my 2015 MS. He asked where I got the FOB and I told him I got it off of eBay for $35. He said its a 50/50 chance that it will work. It would be $22 to program it regardless if it works or not.
Reactions: ⚡️ELECTROMAN⚡️, Russell and iamthewaughrus
•••
W 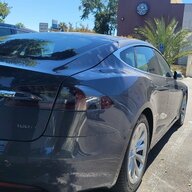 I was told they can only program keys purchased form Tesla. FML.
•••
S

I had a mobile appointment to program two fobs, both from third parties. It took the tech about half an hour and I was charged a total of $18.50.
Reactions: ⚡️ELECTROMAN⚡️, Russell and iamthewaughrus
•••
W

drexappeal said:
I was told they can only program keys purchased form Tesla. FML.
Click to expand...

E
Key Fob [how to buy the model 3 keyfob with passive entry?]

Model 3: User Interface Jun 9, 2022
jjrandorin
J
B
How much would it cost for Service Center to replace the Arm Rest Console?

Model Y Dec 31, 2022
BeaStFroG
B
G
How much did you pay for property tax and registration?