[Just got this on email, is it just me, or did is take a while... Text, cut and paste with no formatting.]


Response to We the People Petition on Tesla Motors

By Dan Utech, Special Assistant to the President for Energy and Climate Change

Thanks for your We the People petition. We're excited about the next generation of transportation choices, including the kind of electric vehicles that Tesla and others have developed. These companies are taking steps to help spur innovation in the promising area of advanced batteries and electric automobiles. Vehicle electrification and other advanced technologies are vital components of President Obama's Climate Action Plan, and his commitment to addressing climate change and reducing carbon pollution, in addition to reducing our dependence on oil.

But as you know, laws regulating auto sales are issues that have traditionally sat with lawmakers at the state level.

We believe in the goal of improving consumer choice for American families, including more vehicles that provide savings at the pump for consumers. However, we understand that pre-empting current state laws on direct-to-consumer auto sales would require an act of Congress.

We are already making significant progress in promoting vehicle efficiency: new vehicle fuel economy has increased by 12% since 2008 and consumers now can choose from five times more car models with a combined city/highway fuel economy of 30 mpg or more, compared to just five years ago. In December 2013, the Environmental Protection Agency (EPA) announced that model year 2012 vehicles achieved an all-time high fuel economy, after increasing seven of the last eight years.

The President has taken historic action to spur more consumer choice -- saving consumers money at the pump and reducing our dependence on oil. Here are some of the ways we're helping to encourage the future generation of energy-efficient cars:

In 2012, the Obama Administration finalized groundbreaking standards that will increase fuel economy to the equivalent of 54.5 mpg for cars and light-duty trucks by Model Year 2025. These standards will save consumers more than $1.7 trillion at the gas pump and reduce U.S. oil consumption by 12 billion barrels. And this spring, we also released standards for medium- and heavy-duty trucks, a move that will save vehicle owners and operators an estimated $50 billion in fuel, and save a projected 530 million barrels of oil. You can learn more about that here.
The Department of Energy (DOE) has a loan program to help spur the kinds of innovation needed to create the future of transportation. In fact, Tesla's electric car won the 2013 Motor Trend Car of the Year while repaying its DOE loan 9 years early and earning the taxpayers about $17 million in profit. And DOE's loan to Ford Motor Company to upgrade 13 factories across six states and to upgrade the fuel efficiency of a dozen popular vehicles has supported 33,000 jobs across the United States.
In September 2013, DOE awarded $45 million in funding for 38 new projects that to improve fuel efficiency, lower transportation costs, and protect the environment. The 38 new projects support the goals of the EV Everywhere Grand Challenge, a public-private initiative to make EVs as affordable and convenient to own and drive as gasoline-powered vehicles within 10 years. Also as part of EV Everywhere, DOE has launched the Workplace Charging Challenge , with a goal of achieving a tenfold increase in the number of U.S. employers offering workplace charging for plug-in electric vehicles in the next five years.
As these initiatives show, the Administration is in favor of fostering competition in the market to help spur the kinds of innovation needed to support ongoing U.S. leadership in vehicle manufacturing and a potential range of new technologies.

Again, thank you for your petition.
••• 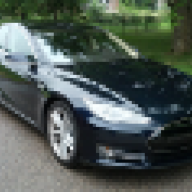 Yeah, it did take a while, over a year. They don't promise a response for petitions that reach the goal and AFAIK most have not received one, so we should be happy we got a response. However, it's non-committal and filled with prior accomplishments. The answer to the petition could be reduced to two sentences:
"But as you know, laws regulating auto sales are issues that have traditionally sat with lawmakers at the state level. However, we understand that pre-empting current state laws on direct-to-consumer auto sales would require an act of Congress."
•••

The primary thread about this response is over in the Tesla Motors forum. Let's keep the discussion there, please.
•••

Positions of political parties on BEV (can add Renewables).