I have had this happen a few times on both the right and left pillar cameras. It was always when there was bright sun on that side of car. Only lasted a few minutes until the angle of the car and direct sunlight changed.
•••
L

E-curb said:
I get the same message sporadically when driving at night also always on the right pillar camera. I have visually inspected the camera and it's clear and cleaned the glass anyway. Does not help. 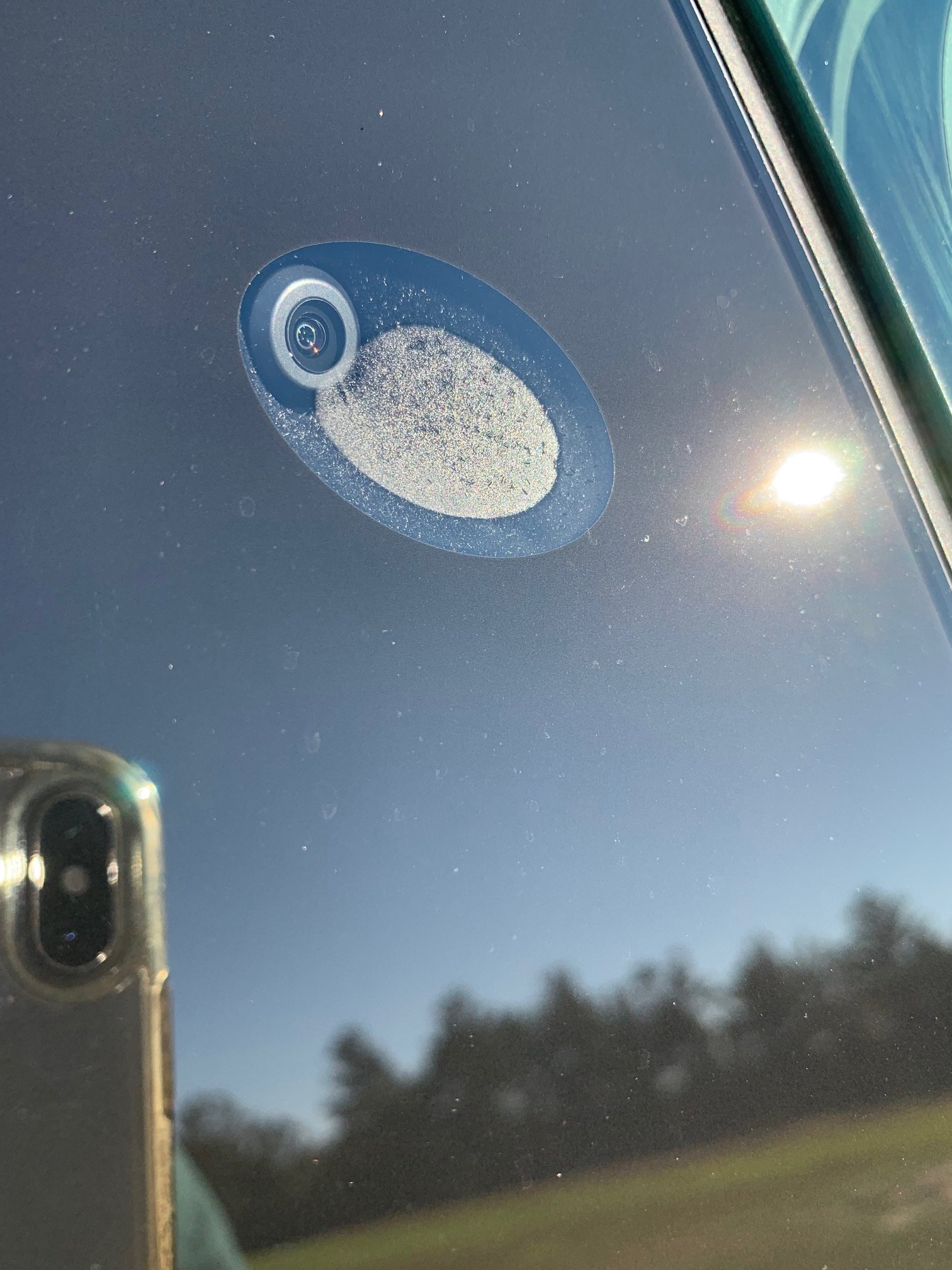 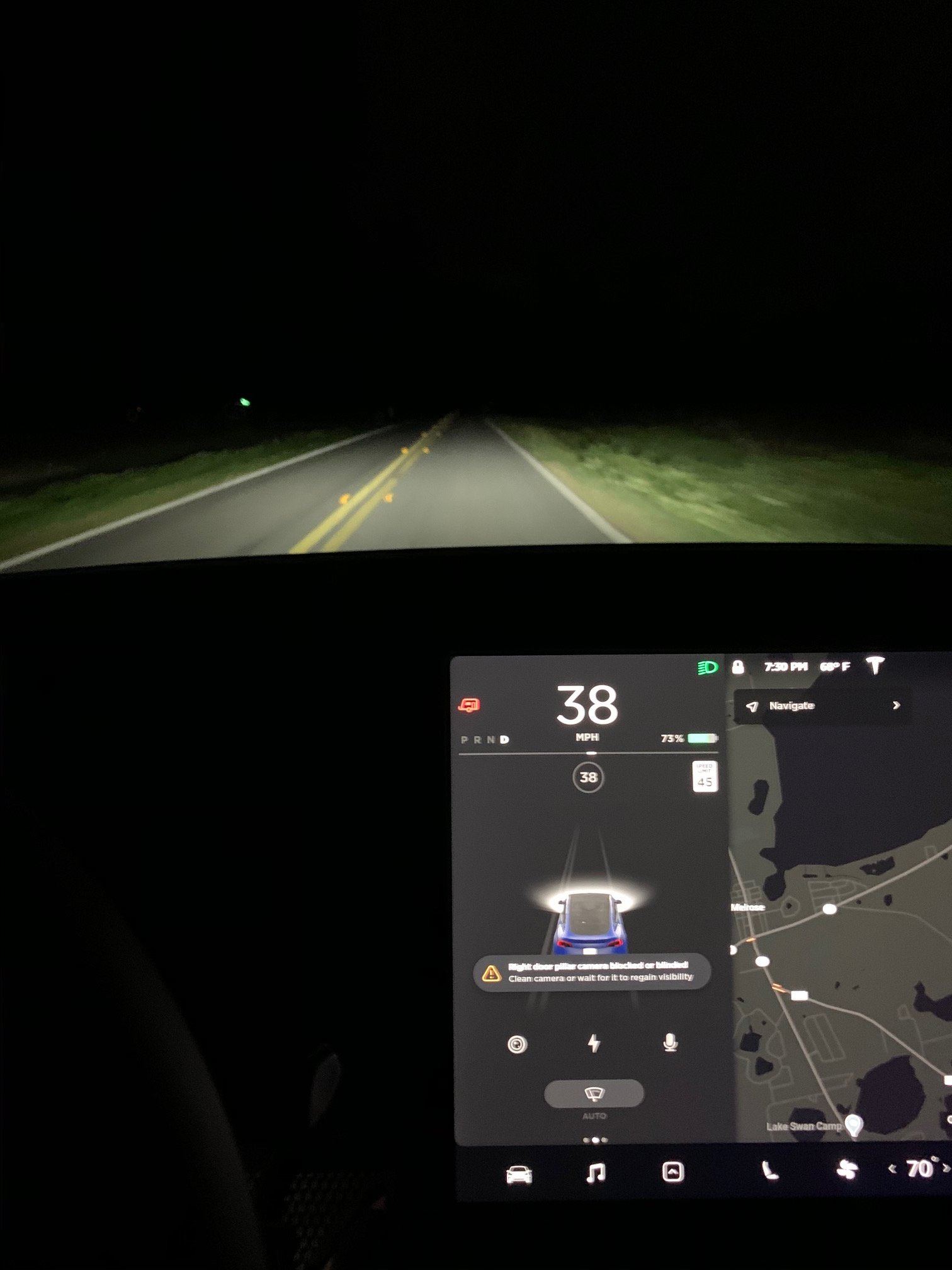 I have had the same issue occur regarding condensate (B Pillar camera). It was during full daylight and followed a few hours of rain, so very high humidity, at about 45 degrees F. Based on the warning of camera blockage and the condensate that could not be cleaned off, I requested a service appointment but was told by the service team leader that "I had our regional technical support team look over the alerts on the car, and found that some condensation is normal for these cameras. If this continues to be an issue as in the alerts will not let you use the features in the car for extended amount of times We can take another look." I do not agree with this response and I plan to pursue it further with Tesla and NHTSA. It seems to me that paying thousands of dollars for the Full Self Driving option (when the software is finally working 100%) means that Full Self Driving should work and not be subject to random interruption by condensate in front of the camera (so... on any day with the right temperature and humidity, your auto drive may randomly disconnect). Apparently, random loss of Full Self Drive during high humidity conditions will be considered normal... but that was not my understanding when I forked over the cash for this option.
FYI, there was an earlier service bulletin (SB-20-12-002) on Models S, X and 3 but it looks like the remedy recommended there is no longer applicable. However, the description of the problem (condensation blocking a camera) is identical, so my position is that the design defect was not resolved by the SB-20-12-002 remedy based on the fact that the defect still manifests in (at least my) Model Y.
Reactions: GlmnAlyAirCar
•••
P

Interesting....
We took a drive the other day, left early in the morning, but after sunrise. Part of the drive was on the route of my wife's old commute. We experienced this issue very frequently. The sun was low so I can understand what was causing the camera to be blinded. We kept getting disconnected from the FSD due to this issue. And no, I didn't see any condensate on the side pillar cameras.

She pointed out all the other cars around us who were commuting at that hour and thought that the concept of having the FSD do the commute would not work for all those drivers. The reverse commute would probably be impacted also.

I wonder how Tesla will solve this problem, after all, most people doing their daily drives to and from work are done early in the morning and late in the afternoon when the sun is low in the sky (at least at this time of year)
•••
T

Took my first road trip last night. Car is brand new (500 miles or so), right pillar camera kept saying it was blocked. No condensation, at night, on the highway, must have seen that message 20 times in the 3 hour drive. Also had 1 or 2 messages about the left pillar cam. Even had a "multiple cameras blocked" message. Car is clean, no condensation in any camera.
Reactions: Tha_Ape
•••

E-curb said:
I have observed condensate under the glass of both of my pillar cameras
Click to expand...

I have had this issue occur for two reasons that I have discovered (so far).
The condensate is the first and most common reason. Doesn't happen a lot but it happens enough that I've gotten used to it.

The other reason is the sun's angle. Depending on the season and what time of day I am driving and the direction, sometimes the sun is low enough in the sky, and the camera has a clear view of the sun, the camera will get "blinded by the light"... hmmm that phrase might make a good song...
••• 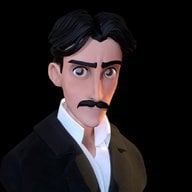 I've had my MY since July, and have experienced this problem over a dozen times, nearly always on the left after a period of rain or a car wash followed by warmer weather. The fact that it almost always happens on one side on the car tells me that some sort of defect is present. I am not an engineer, and do not know whether moisture is entering the assembly too easily, or if drainage ports are blocked resulting in condensate build-up. Either way, the SC tells me this is a common problem and is "normal". I suspect it is a common problem due to a design flaw.
•••
R

Has anyone had any resolution or comment from Tesla? Given it’s happening to you all, I’m not going to file my own mobile service ticket for my new MY LR. It has happened to me twice on very dark and light fog highways, at 70mph (tbh, on a 70mph speed limit zone where I didn’t feel superb running in autopilot myself and was thinking about taking it out and slowing down). I wouldn’t have been at all surprised if I got the “weather not great, autopilot not available” alert in the situation, but instead I got the right pillar camera blinded and similar to all of you I can’t see anything wrong with the camera.
Thanks!
•••
C

I literally get it every time coming out of the garage and there is bright sunlight on the camera. Left or right, whichever is facing the sun. Light condensation is forming on the inside of the glass in front of the camera.
Reactions: ArtK
•••
M

I drive on 2-way roads. Get the blockage messages most every night. Familiar with the it is common and normal service resolution.
•••
V

I had this error on the passenger side only. Never saw any condensation or anything covering the camera. I put a service request in with Tesla and mobile service came out and replaced camera. I got the error one more time after replacement but haven’t had it in 4-6 weeks. Btw, mobile service said the camera is super easy to replace.
•••
E

Happened to me today driving my brand new MYLR (< 600 miles and only used for commuting) in broad daylight. It is intermittent though. And only right pillar camera. Towards the end of my drive it went away.
Reactions: hcdavis3
•••
T 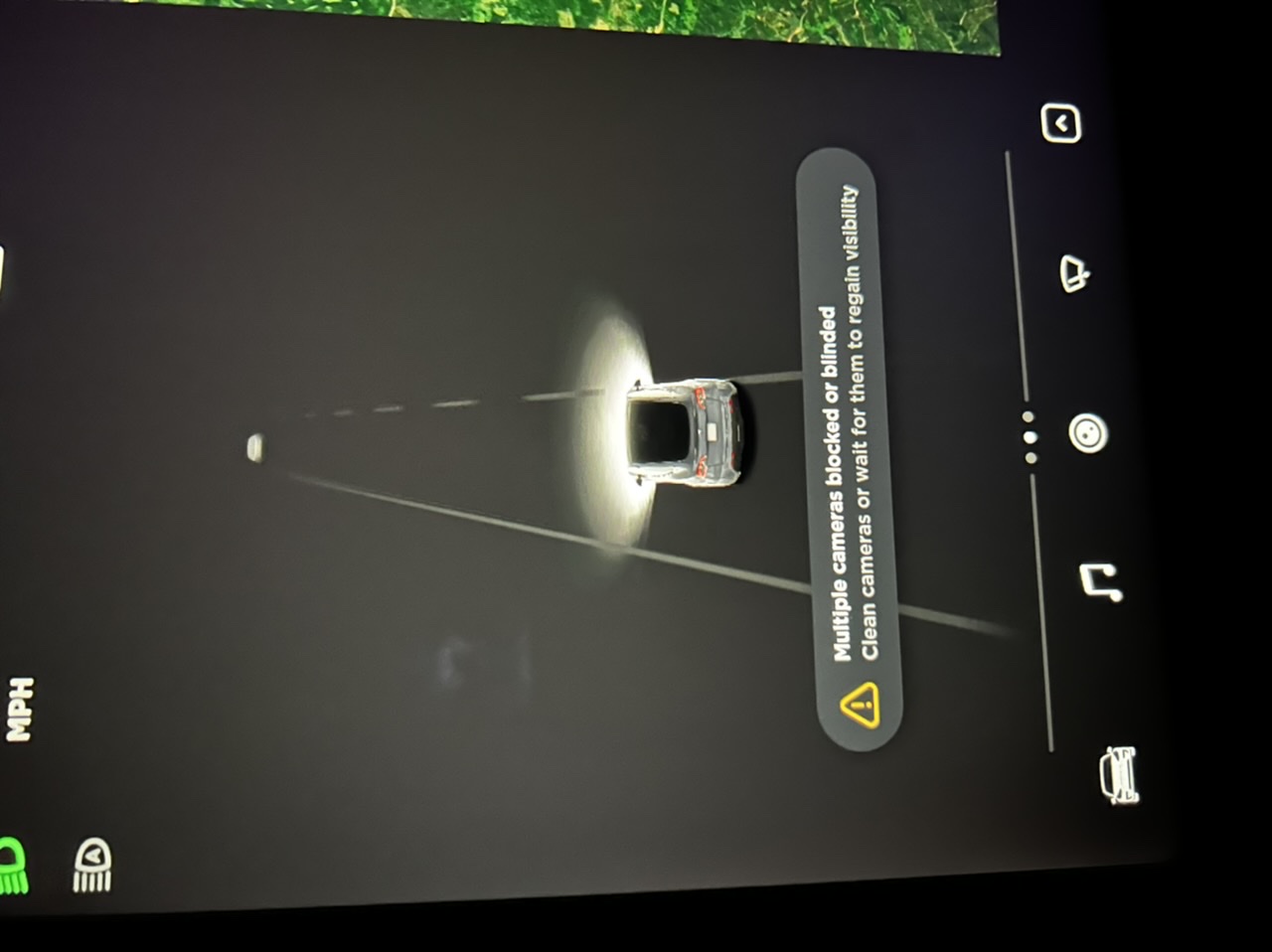 I had this issue on several cameras at various times and a couple “multiple cameras blocked” warnings on my trip tonight. So frustrating in a brand new car. Seems like it’s a known issue with no resolution?
•••
H

Yep, it happens, either side periodically, seems related to bright sun low on the horizon this time of year.
•••
S

Yep, this happens with condensation if leaving a garage to very cold temps with the heat on. Pretty annoying, but it does seem to always go away eventually. Usually after I parked where I was headed and return the vehicle.
•••

Tesla did replace the camera on my 2018 Model 3 and a friend's who we got our 3s on the same day. They even left me the old camera. It's been a winter or two since and I have seen the issue return, but not plague me the way the first one did.

I saw on another thread where Tesla was recommending removing the seal around the camera to allow condensation to disperse. The other thread was talking about cleaning the front cameras after someone saw the mention of venting the pillar cams. Could probably just push some desiccant thru the seal as there are no camera heaters to clear the view on these cams that I know of.
•••
C

I have had this happen periodically at a particular place along my drive when the sun is at a low angle. After the latest update which enabled visual blind spot monitoring when the turn signal is on, I noticed the right camera blocked warning was on but when I turned on my right signal I can see a clear picture.
••• 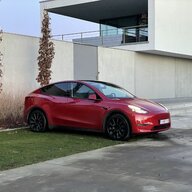 cabbie said:
I have had this happen periodically at a particular place along my drive when the sun is at a low angle. After the latest update which enabled visual blind spot monitoring when the turn signal is on, I noticed the right camera blocked warning was on but when I turned on my right signal I can see a clear picture.
Click to expand...

The blind spot cameras are not the ones in the pillars, they are on the front fenders.
My MY (Europe, MIC 2021) also has the pillar cams filled with condensation (99% passenger side). This affects the EAP functionality

I've had this message a couple of times. The first was when i was driving South early in the morning and the Driver's side camera was blinded. I figured it was the sun and the message did go away fairly quickly

The second time was pretty much like the first except the road turned a little so the sun moved - if you follow me. I checked that one and saw the condensation

I think those were the only two times, but I'll be watching for it now
•••