Flekoun said:
Still noone who can take his phone into the cabin and do measurements? It takes 15minutes. Jeeez.
Click to expand...

With the performance. Only one data point but it’s a start. 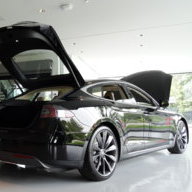 Less acoustic insulation might actually be safer as it allows the driver to hear outside horns, bells, etc., better. Sort of like tinted windows; does anyone actually think those are a good idea safety-wise? Although in that case since tinted windows = drug dealer, they're not overly concerned with their safety anyway.
Reactions: TLLMRRJ
F

With the performance. Only one data point but it’s a start.
Click to expand...

Thanks a lot! For anyone browsing this thread here is a copy&paste, looks good so far. Honestly too good to be true

Taken on my Pixel 3 XL with 'Sound Meter'. Phone sitting on arm rest of console.
Click to expand...

Flekoun said:
Honestly too good to be true
Click to expand...

It is. There's no way these are actual numbers at those speeds. We need to wait for some proper testing.
Reactions: PhilDavid

For some manufacturers, an extra quiet interior is part of their design focus. The extra insulation or dual pane side windows add cost, compexity, build time and weight. Lexus used to advertise that their motors ran so smooth you could balance a coin on it while running. If you need a car that can balance a coin while runing then perhaps an earlier Lexus LS 400 might be your choice
Trade off is that they will cost more, have worse aerodynamics, handle worse, get worse fuel economy etc.

Tesla cars tend to be pretty quiet due to smooth electric drive, They seem to get even quieter after a few years of production as build quality improves and lots of little adjustments all add up to the cars evolving better and better. Wind noise is not determined by the type of engine, so Tesla will have no edge there.

Some cars can be made quieter by using aerodynamics to bend the wind away from the offending areas. This will make the car quieter, but less aerodynamic.

Stand next to an idling Tesla or ICE and the ICE will sound like a bucket of bolts in comparison. Some of the ICE comparisons also come with smaller and narrower tires and wheels. By running skinny tires the cars can be made quieter as well. (but worse handling).

Tesla has announced that they could make their cars much quieter if allowed to replace side mirrors with cameras. Lots of wind noise is caused by those mirrors sticking out of the smooth body. In addition to less wind noise, it would also allow the vehicle to get better range as that significant aerodynamic drag would be eliminated.

Photos have shown that the mirrors on the new Y stick out much less than those in the Model 3/S/X. This alone might be causing some of the reduction in wind noises.
Reactions: Electric Steve

I'd love to see the side mirrors go away. Check out how awesome e-tron and honda E systems are in Europe.
It will be a good while until those will be approved here with the regulators seemingly being hell bent against progress.

I think a lot of Tesla wind noise is also coming from poor panel and glass alignment.
Reactions: PhilDavid
F

cucubits said:
I'd love to see the side mirrors go away. Check out how awesome e-tron and honda E systems are in Europe.
It will be a good while until those will be approved here with the regulators seemingly being hell bent against progress.
Click to expand...

One problem with cameras is that you can't widen your view by moving your head left or right. The camera will just have a fixed viewing angle. Of course could be improved by making the camera more of a wide-angle one.
Reactions: Electric Steve 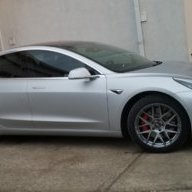 Listening carefully the main sources of noise below 70 mph were road noise coming from the back of the vehicle behind the rear seats. Folding down one side of the rear seat it was possible to localize the largest noise sources to the rear corners of the car where the drafter vents in the back rear are located. These vents allow air to escape from the vehicle but they also on the highway are allowing road noise into the cabin. Some of this might be reduced if there were a cargo cover over this area as on the Model S.

This is a picture of the passenger side vent it is above the rear stowage hole on that side. There is a similar vent on the driver side in the rear behind the charge port area.

Anyone come from an older Model S? How is the Y in comparison?