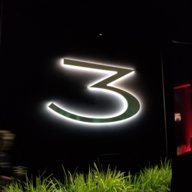 An homage to the now demolished showroom with a very 2008 soundtrack... 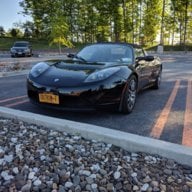 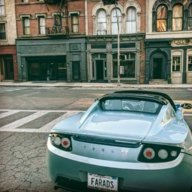 Lots of nice videos about the Roadster recently. I just wish the people making them knew more about the car.
Reactions: DeedWest 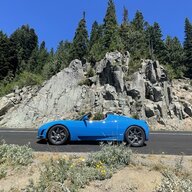 rudholm said:
Lots of nice videos about the Roadster recently. I just wish the people making them knew more about the car.
Click to expand... 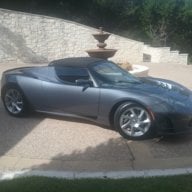 This was on FB yesterday and a few errors were noted (copying from the FB story):
from FB roadster owners group Log into Facebook | Facebook
1) All roadsters were convertible with both hardtop and soft top options not just the sport. The sport was simply a 288hp electric motor and PEM with 0-60 in 3.7 seconds.
2) As for Top Gear, the main complaint was that the 2 cars broke down and ran out of charge which wasn't the case at all because the telemetry on the vehicles showed the battery never fell low enough to stop the cars and there was no faults.
3) the 2 speed gearbox was to enable the vehicle to go to 160mph however, the failure of these gearboxes meant the 2nd gear was replaced on the 5 cars already produced and all subsequent models with a single speed Borg Warner gearbox speed limited to 125 mph.
4) It was Musk that sacked Martin Eberhard and decided to call himself a founder.
5) The rocket was called Falcon Heavy not Falcon 9 Heavy.
6) Tesla did actually crash a number of vehicles for safety testing and validation and Type approval. Some of these videos are also on YouTube. https://youtu.be/R2b9aW1qE9E

A few others were noted....good story, but would have been nice to get more of the above details correct...
P1 is very much still on Earth and was featured at the Model Y unveiling. 686 is the one that went into space on Falcon Heavy.
The AC propulsion connection was killed because AC propulsion had an analogue system and Tesla required a more modern PWM Digital PEM. Tesla ended up designing their own digital system for roadster and subsequent models. As in hifi amplifiers (which is what a pem actually is) a digital system is both cheaper to produce, less expensive to produce and more heat efficient than an analogue system. Especially when you're talking about a 10Kw + mono (1ch) system.
Reactions: Mark77a 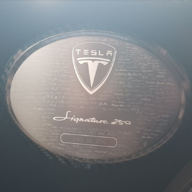 Hereby a video from the electrified garage about working on a Roadster.
Working on Roadster starts at 14.08.
You can also see more about installing jdemo behind the license plate. 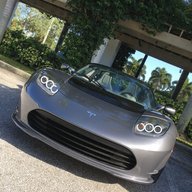 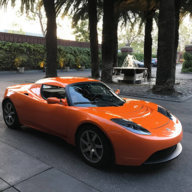 I think she passes Joe's Stone Crab off of Collins lol.

jason.tv said:
I think she passes Joe's Stone Crab off of Collins lol. 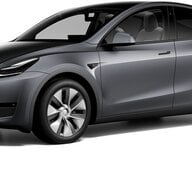 Wow. I want to be Pete Gruber when I grow up. I suspect he picks up these bricked roadsters at a significantly reduced price. 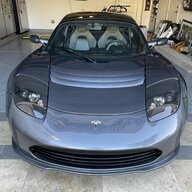 jason.tv said:
I think she passes Joe's Stone Crab off of Collins lol.

Dude, how old is this video! Love the 80s music!
S

kwellmey said:
Wow. I want to be Pete Gruber when I grow up. I suspect he picks up these bricked roadsters at a significantly reduced price.

I sold this car when it was new... and was desperately trying to buy it from the owner for our inventory. Sadly, it was bricked by the time they agreed to sell it to us

Love this video. Great to see accurate information in a Roadster video for once.
Reactions: IslandRoadster