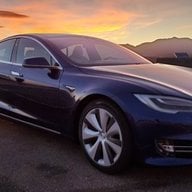 I have a 2021 LR+ with the roof rack purchased from Tesla. The roof rails seem to be quite sturdily attached to the car. I can pull on them vigorously and they don't move, don't make any noises. They seem quite solid. However, my confidence level goes down when I have a bike or two on the roof. When I go over bumps or take corners I sometimes hear some strange noises coming from the roof. It sounds like maybe the hardware that attaches the rack to the roof is maybe being jostled around and hitting the metal or (hopefully not) glass of the roof. I don't think it's the bikes themselves because I used the same bike mounts (Yakima HighSpeed) on my old BMW and never heard anything, although it's possible they aren't fastened as tightly to the cross rails as they were on the BMW.

When I just have the roof rails on without bikes, there is no issue.

I will do some tests and re-check the installation of the crossbars but thought I'd check to see if this is "normal" or if anyone else has experienced anything like this. After reading Car flex and losing a roof rack with bikes? I get pretty nervous when I hear strange sounds from the roof!
•••