Let's take a look at the projected ramp-up path for the Semi, according to rumored input from Tesla's supplier.
A very interesting set of rumors about the upcoming Tesla Semi electric truck was posted by Teslas enthusiast and investor Sawyer Merritt today.

According to the tweets (see at the bottom of this post), one of Tesla's suppliers who is already engaged in the Model S/X/3/Y cars revealed that it started working on "stuff" related to Semi in Q4 2020.

The body of the Semi will be produced in the Tesla Factory in Fremont, California, but the final assembly is expected to take place at the Tesla Gigafactory in Nevada (initially) or Tesla Giga Austin in Texas (once it is completed).

"Whether final assembly will take place both in Nevada and Texas or eventually just switch to Giga Texas when the factory is done is unclear."

Very interesting is the ramp-up roadmap:

The projected annual production volume is:

We can't verify any of those numbers, but at least we have some data points to discuss and relate to. For sure, the first milestone of 2,500 units in 2021 would be pretty strong. No one has produced electric trucks of any type at such a high number in the U.S. yet. 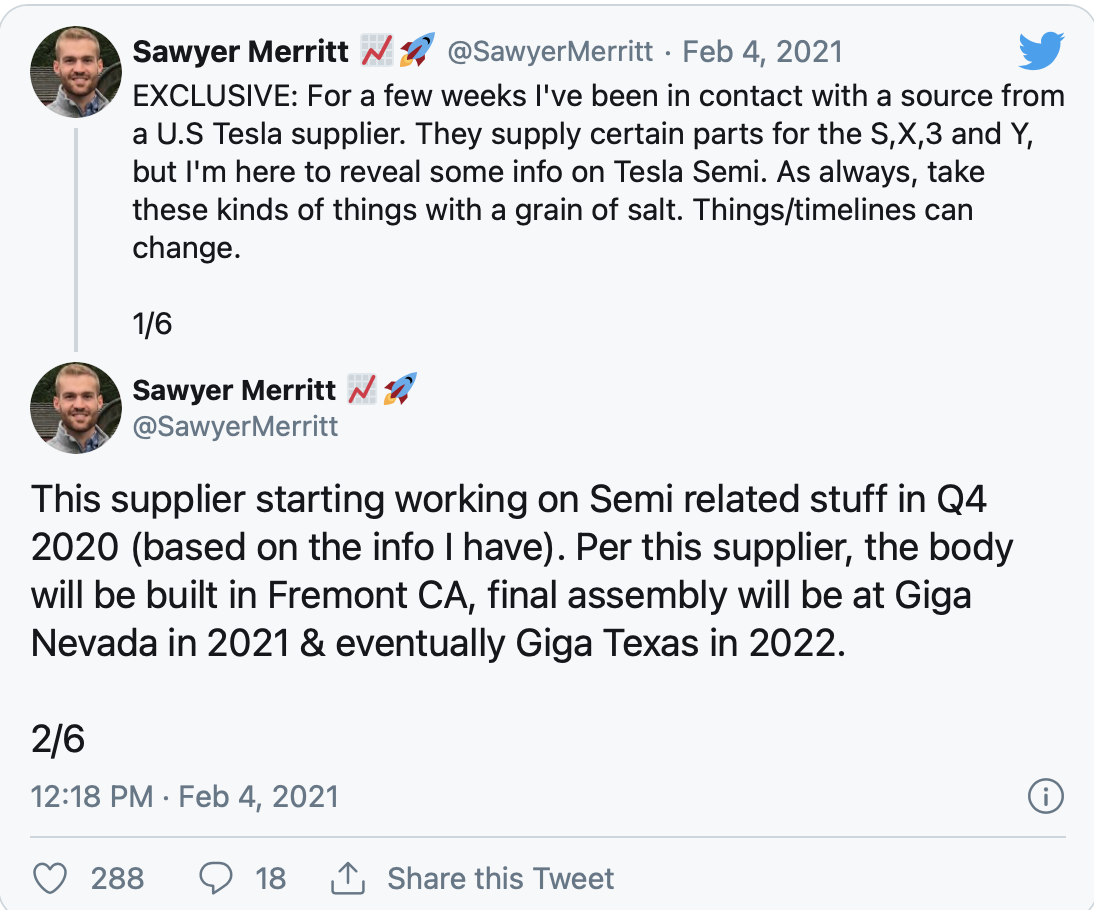 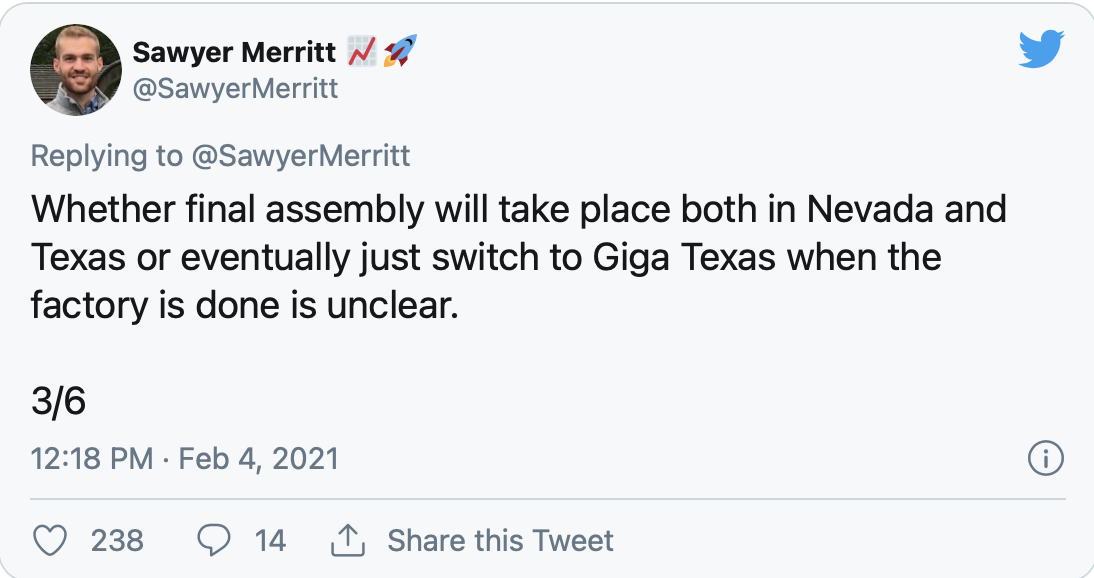 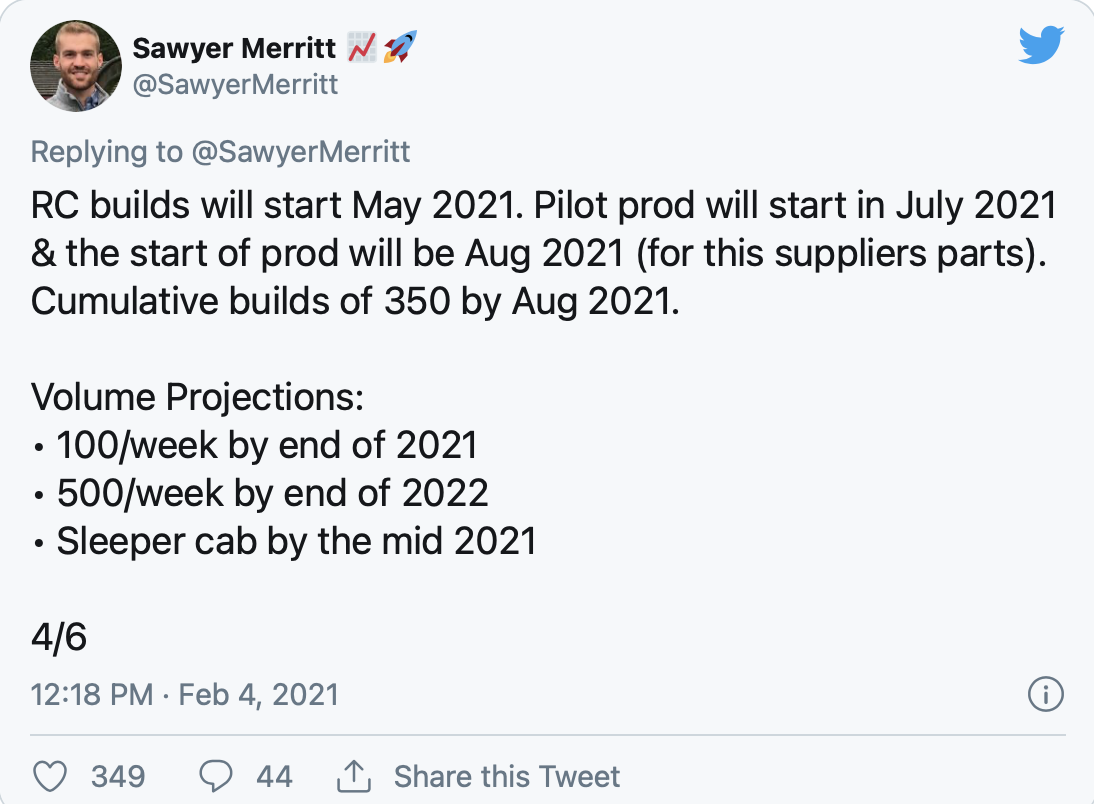 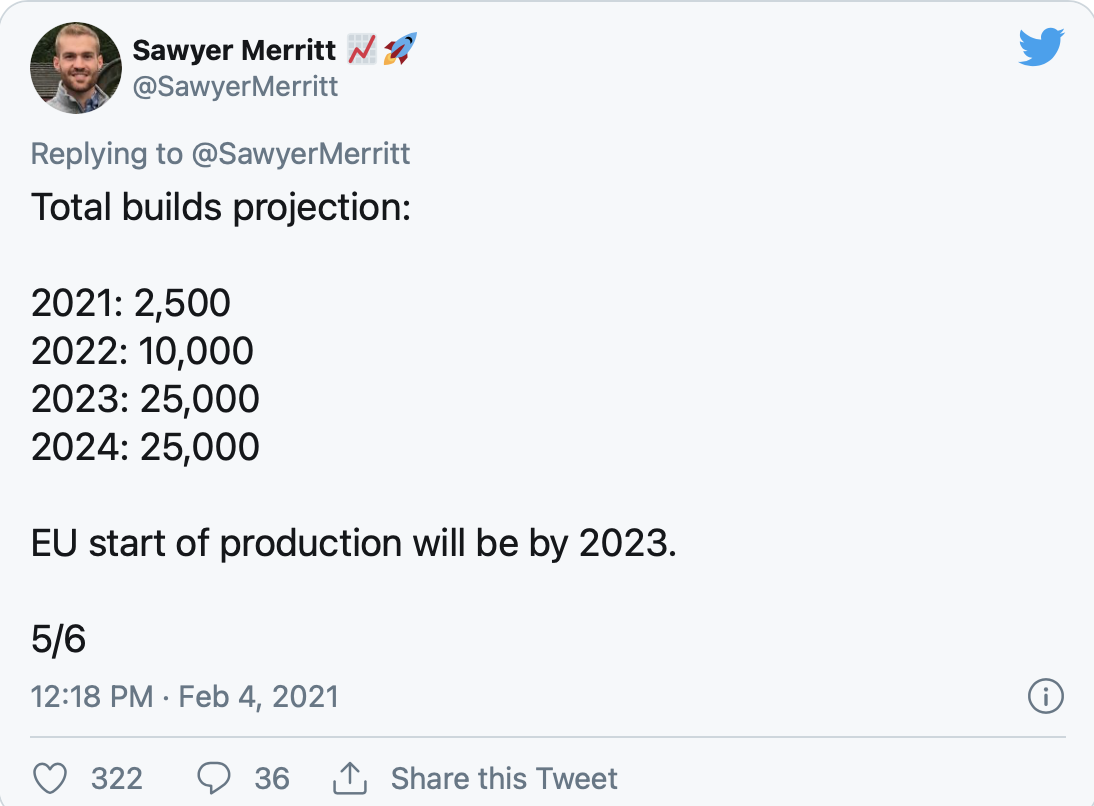 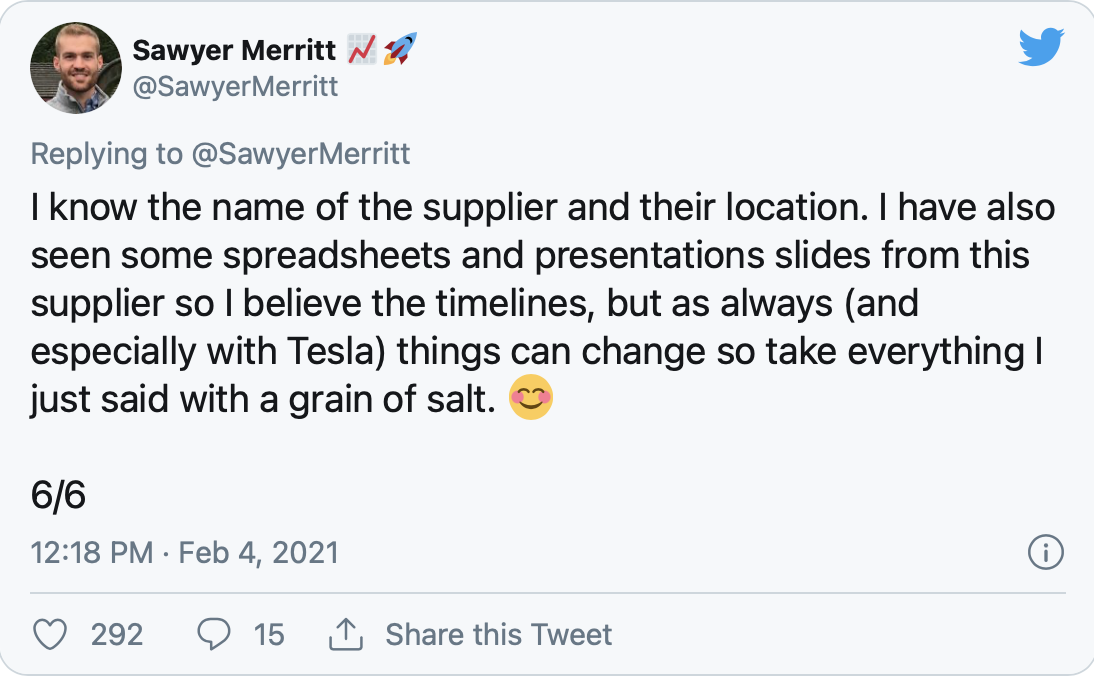 Hopefully they plan on installing a few megachargers too.

MorrisonHiker said:
Hopefully they plan on installing a few megachargers too.
Click to expand...

Oh yeah, that would help!
M

If only Tesla had a factory to build these [Super/Mega]chargers...


TSemi said:
Oh yeah, that would help!
Click to expand...

Assuming a battery pack size of 484 kWh, then:

^ there is no chance that is a "power cell" in the back of the Semi, the battery cells are for sure in the lower chassis given the estimated 800 kWh up to 1MWh capacity. But I liked the commentary of this video!