It's a no-no. I know. I'm not in the market for one but one just kind of presented itself to me. A 2013 85KwH, fully loaded, fixed and looking/ working nice at an impossible to believe price. When I say impossible to believe I mean pretty much impossible. The guy seems terrified of what's going to happen to him financially should it break. I don't blame him.

First off, the things I know: Tesla's warranty is gone. I have no powertrain warranty on the car if I get it and if it needs a drive unit at some point (likely) I'm totally boned. It's an out of pocket expense. No bueno. If there's an issue with the battery, forget about it. It's a paperweight. I also know that Tesla has disabled the internal 3G radio and the car's supercharging capabilities. So I spoke with Tesla's corporate offices and with a few service centers. Everyone was really nice but nobody really had confidence in the advice they were giving me. Corporate said:

The car must be re-certified. To do this I would take the car to a Tesla certified body shop and they would confirm that the work is done to Tesla's specifications. If it is not then I would either need to pay to have it brought to their specifications or they'll never touch it, even if I want to pay to have it worked on. Fair enough. If the car DOES pass the bodyshop's inspection they would then accept it at a service center where I could then request that they re-activate the 3G radio and supercharger capabilities. The person I spoke to seemed confident that for a re-certified car, both would be turned back on with no fuss.

Here are my questions for the group:

1. In the group's experience or given what you've seen on these forums, do people have a hard time getting their body shops to re-certify these cars?
2. If the car is re-certified, do they generally re-activate the internet/ 3G and supercharging capabilities as they said they would?
3. If (when) the drive unit fails, does anyone know what the out of pocket replacement cost is? I've seen 15k but I can't find anyone that's actually paid that (or anything).
4. If I do pay out of pocket for a drive unit do they then warranty that part now that they've replaced it?

A word to those that say don't do it:

I know, trust me I do. The car is being offered to me for a price that's basically the same as a parts car and it's fully running with no issues. It's almost to the point where I'm reasonably confident that if the drive unit failed the day after I bought it I could simply sell the car for parts and instantly recoup my investment. That is the only reason I'm even entertaining this idea. I'm weighing the potential downside to the potential upside. While I've been looking at used Model S's as a main car, I'd probably buy this as an extra car just to play with and put off actually replacing my main car with one.
Last edited: Nov 9, 2015
•••

There was a guy who was trying to go about rebuilding a Model S. http://www.teslamotorsclub.com/showthread.php/38198-Need-some-help-figuring-out-my-salvage-model-S
•••

If you don't mind saying, how much is the asking price?
•••
M

If you are asking our advice as to whether to buy it or not... you really need to tell us the price being asked!

That said, there is a lot of work going on to reverse-engineer the motor/controller and they regularly come up, used, on eBay etc. So, not necessarily the end of the world if your non-waranteed one dies... MW
••• 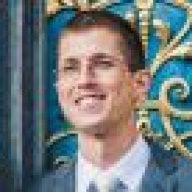 Not knowing the price but trusting you did the math well enough, sounds like a big win to me.
•••
M

martinwinlow said:
If you are asking our advice as to whether to buy it or not... you really need to tell us the price being asked!

That said, there is a lot of work going on to reverse-engineer the motor/controller and they regularly come up, used, on eBay etc. So, not necessarily the end of the world if your non-waranteed one dies... MW
Click to expand...

I guess now that I've both bought and re-sold the car I can share the details. I bought it for $20,000. It was a running, driving S85 with no real visual cues that it had been in an accident. It needed a knee airbag, frunk liner, some plastic cowling bits and I had to fix the AC but it was a running, driving car. I drove it for a couple weeks and put about 1000 miles on it before selling it for a profit and rolling that money into my new S85.

It was a fun experience. For $20,000 I figured that if the car broke 5 minutes after I bought it it was still worth that much in parts. So I didn't really feel like there was much to lose and I ended up making 5 figures on it in the course of a couple weeks.

I miss it though. There's something about driving a $20,000 Model S that makes you feel as if you found a glitch in the matrix. Like you're gaming the system. I absolutely adore my new S85 but I feel like I paid $30,000+ more for a panoramic roof and a warranty because basically I did... Then again, I rolled my profits from the salvage car into my new car so I guess it didn't end too badly... :-D
•••
D

$20,000? Wow, no wonder you bought it, the battery alone is worth that much. You basically had zero risk on that as you could have easily parted it out for more than you paid even if all sorted of things had gone wrong.
•••
M

David_Cary said:
So you recertified it?
Click to expand...

No, with the bowed frame rail the one shop I sent pictures to said Tesla would require it's replacement. With them just eyeing my photos they said it was going to be about $10,000 because they had to basically still do all the work of a repair in removing everything to get that frame rail off. To me the math just didn't make sense to fix it. Say I put $10,000 into it to fix it. Now I'm into the car for $30,000. Now let's say the battery takes a dump. From Tesla that's 40k still. Now I'm into a car that's worth maybe $60,000 non-salvage for $70,000 and I still have no warranty if/ when the drive unit fails.

So for me it made sense to own as it sat, put minimal money into it and fix the small stuff, and then just drive. Even as it sits right now, if you tossed a knee airbag in there, a frunk liner and a few bushings for the suspension pump so it's not rattling against the subframe when it's on, you'd have an awesome car. The guy I sold it to paid me a lot more than I paid for it but still got it at a price where it's cheap enough that it's a cool project to take on.

I don't think the math makes sense to fix it though.


green1 said:
$20,000? Wow, no wonder you bought it, the battery alone is worth that much. You basically had zero risk on that as you could have easily parted it out for more than you paid even if all sorted of things had gone wrong.
Click to expand...

Yeah, kind of lucked out there. It was total coincidence that I had the ad up and the kid was looking to sell it. In hindsight, I have no idea why he took that little for the car. He basically took a $25,000 loss from the time he bought it in October to three weeks later when he sold it to me.

He was so disheartened by the whole thing. I felt bad for him. Not bad enough to risk more of my money but bad nonetheless.
•••
Q

Yes the frame rails are a part of the front upper-frame, which is a huge assembly. But there's a trick that certified body shops use.

If you have a decent mechanical ability and the knowledge you could fix it like new. They would recertify, although you'd still have a branded title.
•••
M

I already flipped it and made my money but I bet the new owner would be interested in hearing what you have to say. What secrets do you hold with respect to the "trick"?

The other stuff is all basic. People are afraid of these cars but diagnosing the problems it had were painless. Other than the drivetrain, it's a car like any other car.
•••

I have repaired (and assisted with repairing) a number of salvage cars, including flood cars, and know how to diagnose and repair them. I can also put the cars into diagnostic mode and read/clear all DTCs as well as flash firmware on all the components so it's possible to move parts from car to car. (This includes major parts like drive units and packs.) If anyone needs assistance, please feel free to PM me.
Reactions: Manzacoty, sorka and Tech_Guy
•••
O 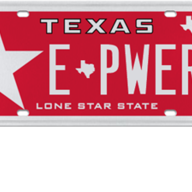 Click on his name on the left side of his message, then click start conversation.
Reactions: LoL Rick
•••

Anyone Know when FSD Beta will be available for 2016 AP2 cars?