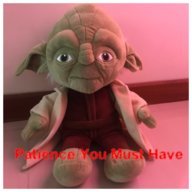 Putting to one side a moon base, Mars manned mission and Starlink.

What unmanned science projects will the cheap and huge cargo capacity of Starship likely enable?

Once Starlink is printing cash, what’s the likelihood of SpaceX setting up a CSR division to help fund some pure science?

If the launch cost becomes relatively trivial, by what sort of cost factor could a future James Webb project be engineered at? What would be the science impact of Starship’s larger cargo diameter for future space observatories?

Near Earth Object observation should become straightforward and should be a major priority to get solved by the end of the 2020s. Hopefully US Congress push to get that done.

For space based gravitational waves detection, I’d like to see a more ambitious range and timescale than 2034 for LISA. But is it the over-engineering required by launch cost that holds this back or the laser technology itself?

Using the starship landing architecture, how quickly and cheaply could you engineer a fleet of drones to drill through Europa’s ice sheets?

All other suggestions welcome. Once it becomes clear how cheap and reliable Starship will be, I’d hope to see a flood of science projects accelerated off the back of it.
•••
Upvote 0 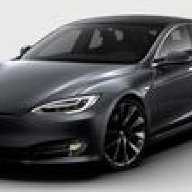 It sounds crazy, but I dream about building ‘Spaceship 3-D Printing Factories’ in orbit — to manufacture much bigger size spaceships that would have been too big/heavy to launch from the ground.

Can’t keep going back and forth between Earth and Mars in a tiny Starship for long. It needs much bigger spaceships; eventually, if not soon.

axhoaxho said:
It sounds crazy, but I dream about building ‘Spaceship 3-D Printing Factories’ in orbit — to manufacture much bigger size spaceships that would have been too big/heavy to launch from the ground.

Can’t keep going back and forth between Earth and Mars in a tiny Starship for long. It needs much bigger spaceships; eventually, if not soon.

That’d be nice but I guess before then we’d see jigsaw spaceships (moveable ISS).
••• 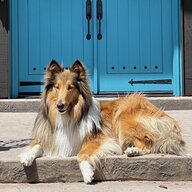 How about an orbital fuel depot around Mars with fuel made on Mars? If they could catch up to a moving vehicle, it would give it quite a boost to get further out our solar system.
•••
B

Singer3000 said:
...what sort of cost factor could a future James Webb project be engineered at?
Click to expand...

The bad news is: Probably not a significant amount. JWT is a bit of a unique case study though, because it has to be so precise, and putting all of the equipment on orbit to do that would still be prohibitive. Human rated stuff is probably going to be similar-ish, because of the extreme reliability required. You don't care that much if one out of a hundred LEO sats fails. You care a whole lot if anything more than 0 out of any number of human missions goes sideways.

What Starship really does is more or less take mass out of the equation for a space vehicle. Space stuff usually ends up as cutting edge(ish) technology for everything because the mass/efficiency/performance of those exquisite things is the only way to close the trade. For instance, you need way too many of those solar cells you put on your house to run a current-day satellite, so instead you end up paying 10x (or more) for cells that are maybe 50% more efficient--which translates into way lighter solar arrays.

Note that there's still a radiation environment in space that's impossible to avoid, so you're never going to get a straight up, 100% consumer electronics grade satellite that's worth a damn, but mass freedom allows you to add more shielding or add more redundant strings while really minimizing rad-hard equipment.

Singer3000 said:
That’d be nice but I guess before then we’d see jigsaw spaceships (moveable ISS).
Click to expand...

The good news is: these concepts are already pretty well established in the space community.

The easiest step is Assembly In Space. This can significantly simplify platform design and especially launch packaging. For instance, that complex deployable that has to be reliably designed and rigorously tested on the ground to make sure it works perfectly, that's configured just so on the vehicle so it doesn’t rattle against the fairing during launch...all that becomes a non-issue if you can nuke the complexity. For launch it can be bolted in some random convenient location and then once on orbit the super duper robot moves it and all the other stuff into final position. Think of where a spare tire is located on a car—its has nothing to do with where it gets used; when it’s needed some dope simply moves it to the right place.

Of course, AIS isn't new (few concepts in space are, even when it comes to SpaceX's advancements). Canada Arm has been doing this for decades, at least manually...the trick for industry is to step function the cost down while maintaining reliability and repeatability, and then adding in automation. AIS can also be used to create bigger things than can otherwise be designed through traditional deployable concepts and on practical budgets--Mega deployables like huge tiled reflectors become much more feasible, for instance. On-orbit servicing is another variant of this concept, where a service vehicle can refuel, swap out broken or obsolete components, etc. DARPA's RSGS and NASA's Restore-L are good examples, if not ones dogged by all the SOS we complain about in threads here about SLS, ULA, and other state run projects.

The next step is Manufacturing In Space, where raw materials are used to create all the gizmos and gadgets you might need for a space vehicle, typically through additive manufacturing. One of the major influences on all aspect of space vehicle design is surviving the launch environment. Once on orbit though, even for vehicles with relatively high force actuations (like big thrusters), they’re basically way overbuilt for the stresses and such, so its a bit of a waste. Intuitively MIS makes a lot of sense from a mechanical/structure perspective, but it is just as applicable for things like electronics/circuit cards. Imagine a fully automated circuit card assembly plant on orbit...

A final step--maybe more a side step that can leverage the stuff from above—are Persistent Platforms, where basically you launch and maintain/upgrade the boring parts of a space vehicle (mostly bus stuff) and then add interesting stuff (mostly payload stuff) as time moves on. ISS and especially Gateway are plays on this concept, but this works for pretty much anything. A telecom company could bolt a couple different payloads onto one big mega-bus and save the overhead from each of those payloads being coupled to their own busses...then as the payloads burn out or obsolete, they can just be swapped out with new ones.
Reactions: Joerg and Singer3000
•••

Science implications of Starship (and Starlink) in space and on Earth

Upvote 0
A
This Week Tesla & Companies

Between a Model Y and a Subaru Outback