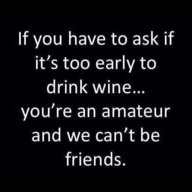 Had mine checked today with no problem. Service Center said no other defective cars have been discovered yet. I thought it might be interesting to start a poll for those who have had their belts checked. No need for an endless thread re "Mine are good".
•••
K

I'm surprised to see two people with issues out of 22 votes, any details?

I figured there wouldn't be any other problems found.
•••

kirkbauer said:
I'm surprised to see two people with issues out of 22 votes, any details?

I figured there wouldn't be any other problems found.
Click to expand...

I agree with you.

Given former statements about perhaps 3K and then 10K MS having already been tested with zero problems found, it's interesting the two people that had a problem didn't create a sensationalized post of some sort by now. Others do with what to me are sometimes much more minimal issues that could just be resolved with a Service Center appointment and not making a big to-do about whatever it is -- I for example, have not made a post about the drip of glue on a door sill I found at time of delivery, and the Service Center ordering a replacement part for it. It was no biggie from my perspective, especially as some new owners may not have even noticed or cared about it, so no need to chit chat about the minimal defect. I'm not totally dismissing the two votes, but OTOH where I'm leaning is the challenge with public forums like TMC is we never quite know the real facts behind people's statements or votes in this case, including if one is a real owner or just someone that likes to stir things up for personal or other reasons because they can in a relatively anonymous social media environment like this. IMHO, as one becomes part of a forum like TMC, it takes a lot of time to develop one's own opinion of the credibility of people that post -- especially the outliers and people initially commenting with smaller post counts until there is a feel for where they are coming from. Sometimes, even posters that have a larger number of posts can come across as having some sort of agenda with comments (or attacks) they make. Everyone can have their own opinions, but until there are concrete statements of some substance supporting the so-called "defective" votes, I personally reject them as anomalies at this point in time.
•••

Probably just the couple of short sellers of TSLA stock who troll this forum.
•••

This got buried after only a few responses. Anyone have any issues when their belts were checked?
•••

I normally would trust the results of this, and don't put much stock in the notion of short sellers, but I can't imagine someone actually having an issue and not posting the details of it. Could also just be people who accidentally hit the wrong button.
•••

PSA: If you have a pre-2016 Model S, Get the Steering Recall Work Done