That explains why sometimes I've come back to the car and noticed different cars parked near
But nothing recorded on sentry mode. I guess as it is now any recording would depend on if these other cars
or people had approached from the front 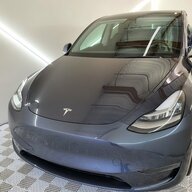 Ecoli said:
Tested sentry mode today
Seeing the same thing, it only works when approaching the car from the front
Approaching either side or rear of the car nothing happens, sentry mode does not activate
Pulling on drivers side door handle prompts for the key card on the door pillar
Pulling on all other doors handles nothing happens

That explains why sometimes I've come back to the car and noticed different cars parked near
But nothing recorded on sentry mode. I guess as it is now any recording would depend on if these other cars
or people had approached from the front

On my Teslafi I see a 4.21 software version releasing. Hopefully that'll fix the problem.

Knightshade said:
Sure wouldn't be the first time.

Folks who actually directly access the computer systems have all explained this, roughly 7694 thousand times previous.


A moment of critical thought would provide you the same answer though.

There's well over a million Teslas on the road today.

There's be well over 2 million by years end.


Who's listening to all those bug reports you imagine all get sent back to the mothership?

How many employees do you imagine they'd need to hire full time just for that task?


You should log a service ticket when something is wrong with your car.

The bug report allows the tech assigned to your service ticket to remotely access that report and see the logs that got saved when you hit bug report that are stored on the car.


Yeah- it reviews them if there's a service ticket opened.

Since they stay local to the vehicle- and they don't have the manpower to listen to what would doubtless be millions of bug reports a year from the fleet without any corresponding actual service request tied to them.

There's folks here who've mentioned submitting dozens of bug reports for incorrect speed limits in the maps, for years, for example. (without anything happening of course- since again- nobody's hearing them.

Also folks who've directly asked Tesla techs and been told the same thing. The bug report is for the tech to look at if you open a ticket by logging into your car and reading it, since that's the only place it goes.

I don't have any personal information on the subject one way or another - I've left a few, and never been contacted about them, but I wasn't really expecting to be contacted. Your description is distinctly different from the description we were given a couple years ago. Where did you develop...

"I believe @greentheonly on Twitter (@verygreen here on TMC) looked at the code and figured out that when a bug report is captured it isn’t transmitted, just stored. My own experience with a mobile tech appears to verify this as well. They were troubleshooting an audio issue that I and several others were experiencing a year ago and the mobile tech asked me to shoot him an email whenever I created a bug report about the issue. He said that he would then remotely connect to my car and download the recently captured bug report log files. Unless I notified him there was a bug report to look at he would had no way of knowing I submitted a bug report"

For example (from Green):

(if you scroll up a bit in the twitter thread he actually posts a screen shot of Teslas internal code running on the car computer that captures and stores the data locally- nothing in the code "sends" it anywhere- and he's mentioning he's never seen any evidence of Tesla "fetching" it either other than service centers in relation to open tickets.)

Obviously it won't hurt anything (except very marginally wearing out your emmc onboard storage I guess- a much bigger issue for MCU1 cars)-- but unless it's related to a ticket you're going to open, it won't be doing anything but wasting your own time.
Click to expand...

Thanks for the information.
C

I'm wondering why everybody is only talking about the non-radar cars where Sentry is not working?
Or are there only few people who have problem with the sentry mode not recording from the side and rear cameras?

I hope this problem is resolved very soon....
A

So I have 2021 M3 with radar in the UK. Sentry was working great until the latest update (2021.4.18.2) about 2 weeks ago. Since then only the front sensors will trigger sentry (although all the cameras record activity). It is going in for a service visit in a few days to sort out peeling paint so I will mention it to them then. 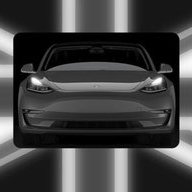 I’ve tested and can see mine is also behaving in this manner. 4.18.2. Having checked my saved footage, I can see no side camera events for the past few months. It may be that there have been none but it also may mean this has been going on a while!
D

I recently noticed my sentry mode can only triggered with front camera and now with others. Any fix yet?
Model Y with 4.18.2 software

A
Sentry mode did not record rear getting hit