just got this; anyone else?


Thank you for participating in the Self-Generation Incentive Program (SGIP). At the request of the California Public Utilities Commission (CPUC), Verdant Associates and Enghouse Interactive (Survox) have been contracted to research SGIP applicants’ experience with the program in 2020. This email contains a survey link where you will be asked for feedback on your interactions with SGIP Program Administrators in 2020. Your survey responses will help inform program changes going forward, as well as the future of California’s energy policy.
Reactions: Skryll
•••
S

Just got this 2021 December
Reactions: holeydonut
••• 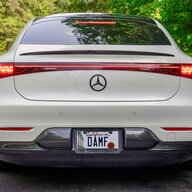 I just got mine today. Looking forward to railing on how much BS PG&E put me through that they somehow didn't seem to apply to other SGIP eligible homeowners. Criminal [email protected]#*!s over at PG&E.

Edit, there is surprisingly no field to let you put down...

1) how much BS PG&E is in all this
2) how stupid it is that I need to turn on every single load in my house for 60 minutes so they can get a goddamn data point.
3) how stupid the process is where I have to figure out how to explain to Sunrun how to get "data" from the Powerwalls because Sunrun was never asked to produce such information prior to processing my system SGIP 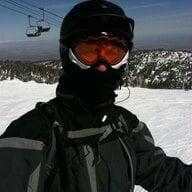 At least you all got SGIP. My installer would only apply if I lived in the zone that was just 5 miles north of my house
•••
T

Filled mine in.
All Questions are about the SGIP and Battery Storage in general, e.g. "how much would you pay for battery storage if you didn't already have it" and "how long of an outage would you expect it to work for".

There was "are you aware of what NEM is", but no place to write and complain about NEM3.
•••
M

I filled out the survey. I don't see how anything of significant value is going to come out of it. I was hoping for something about VPP/Demand Response programs but there was nothing forward looking on that subject.

I gave them the lowest possible mark on the overall SGIP program. While my experience was OK and I got the maximum incentive level, I was extremely early and it took a very long time to get installed and paid back by the program. Overall, the structure and administration of the program is terrible because it totally opaque to the end user. The market dynamics underlying the program made it so that Tesla instantly burned through their allocation and other entities had to be set up and used to milk the program as independent "developers", even though they were using Tesla batteries. At the time, I felt like my developer was just milking the rebate program, but in the end, their price was fair and they guaranteed that I would get the incentive.
•••

A
Online survey on fostering and improving electric vehicles and the adoption of its services (Tesla cars as case study).

Interesting... Sunrun is allowing ESS to support the Grid during peak time