Sightings: How do the Model X front doors open?

In the Soft closing doors thread it was hoped that Model X doors would have a soft close feature like many competitors, for more elegant closing and for avoiding those situations where the doors just doesn't quite latch. It might also make sense to complement the falcon wings that obviously soft close.

This wishful thinking prompted me to take a look at the question of how Model X front doors open anyway. It is something that I haven't really seen answered in detail. We will probably know the answer in a week's time, but until then perhaps a bit more speculation is fun.

The external opening seems to happen on the prototype by perhaps pressing something on the door, or by merely pulling it out from the - in this case open - window. On the Model X prototypes there is no obvious opening handle on the inside of the door, however it is possible some button or lever - perhaps in the top door pocket/handle (or down below the window controls) - is being operated. 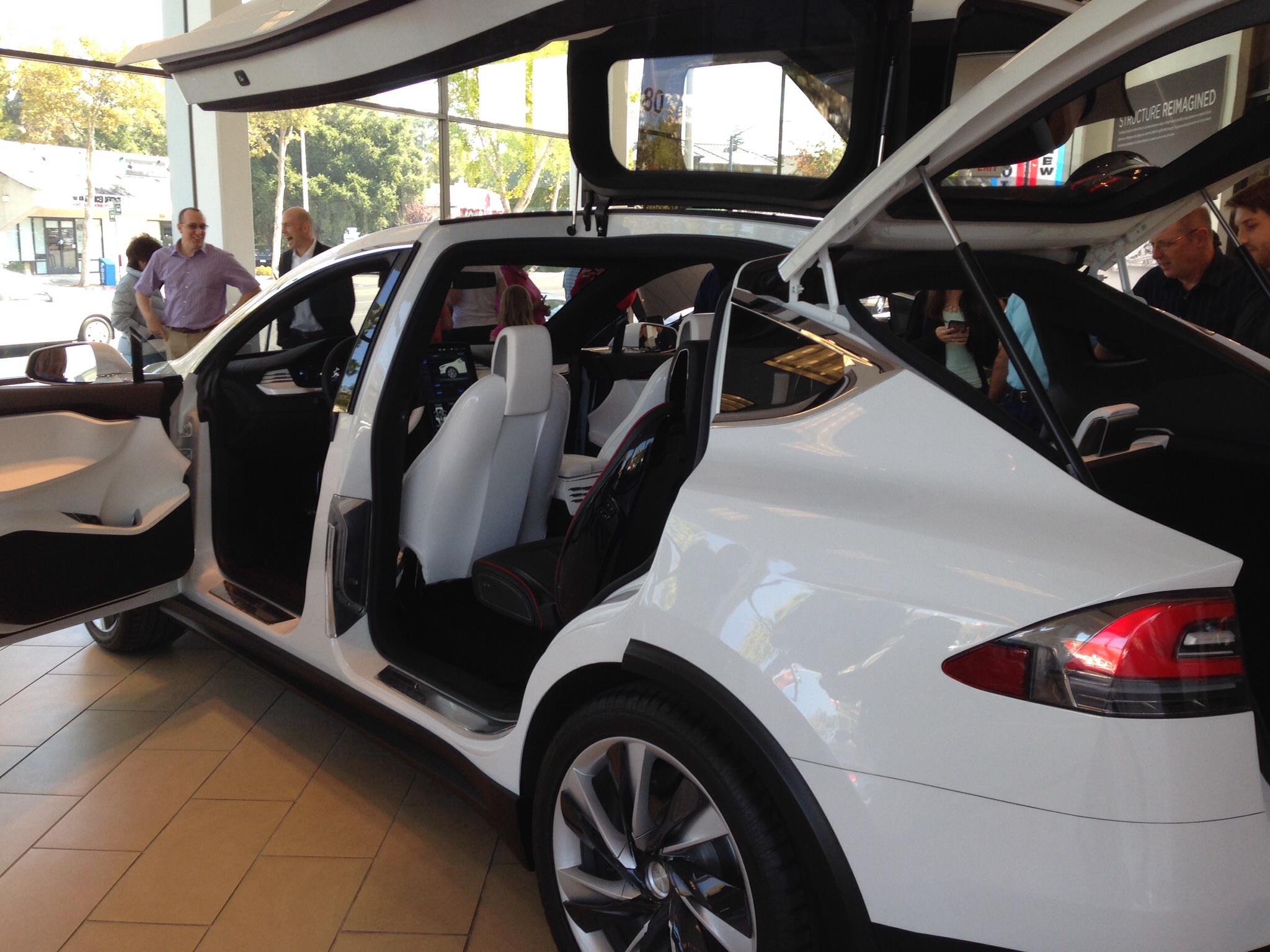 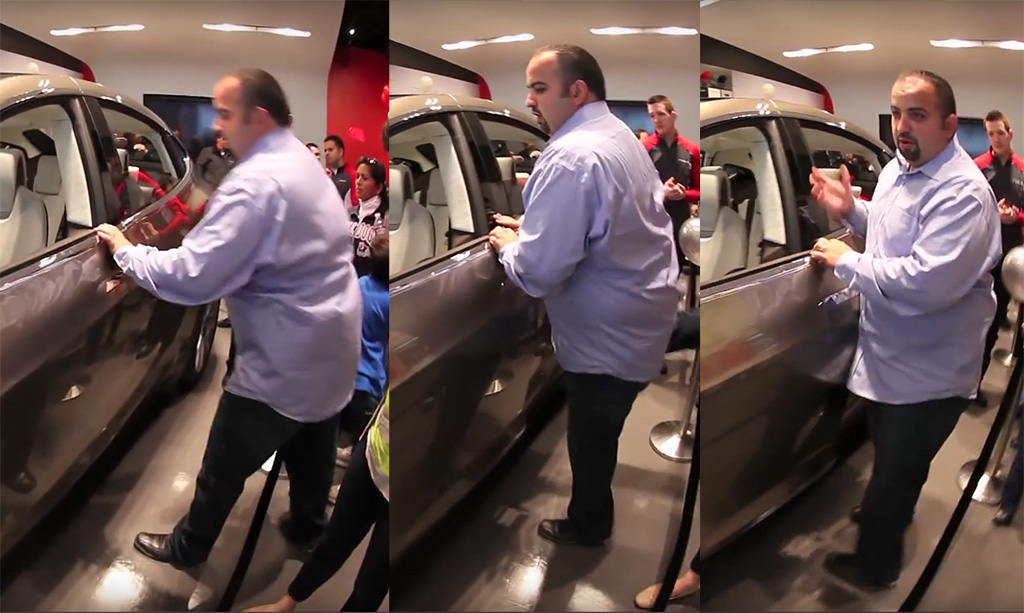 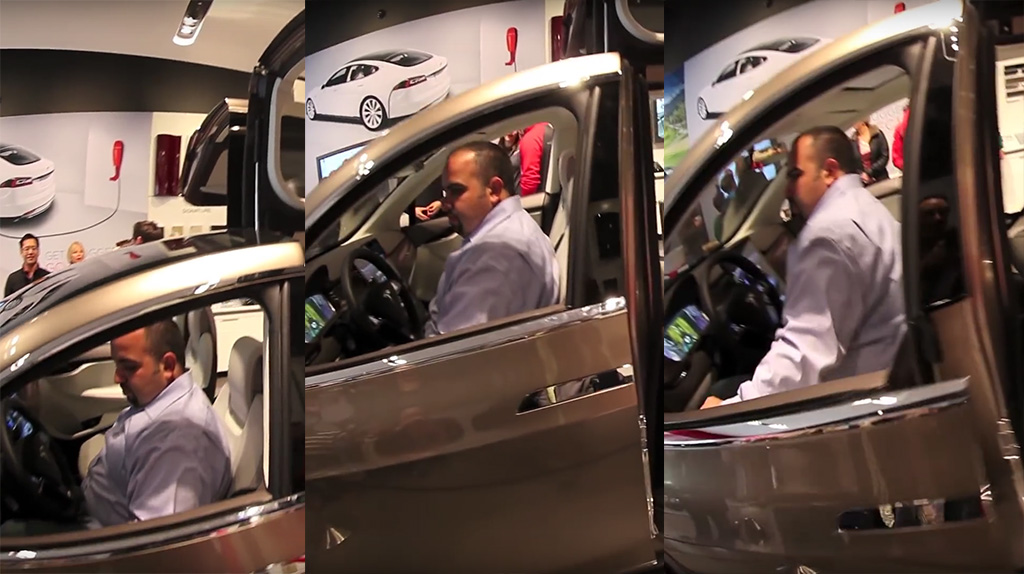 I distinctly remember hearing an Elon Musk or other senior Tesla representative answering in a 2012 interview that production Model X would or might get extending door handles. I was unable to find that interview, but if anyone recalls it - a link would be nice. Not that I expect it necessarily to have much relevance after three years? I am not expecting extending door handles now.

In the Design Studio, which opened to a limited audience start of September, this detail is obscured by the steering wheel, although we do get a glimpse of what the new decorative trim looks like on the Model X doors: 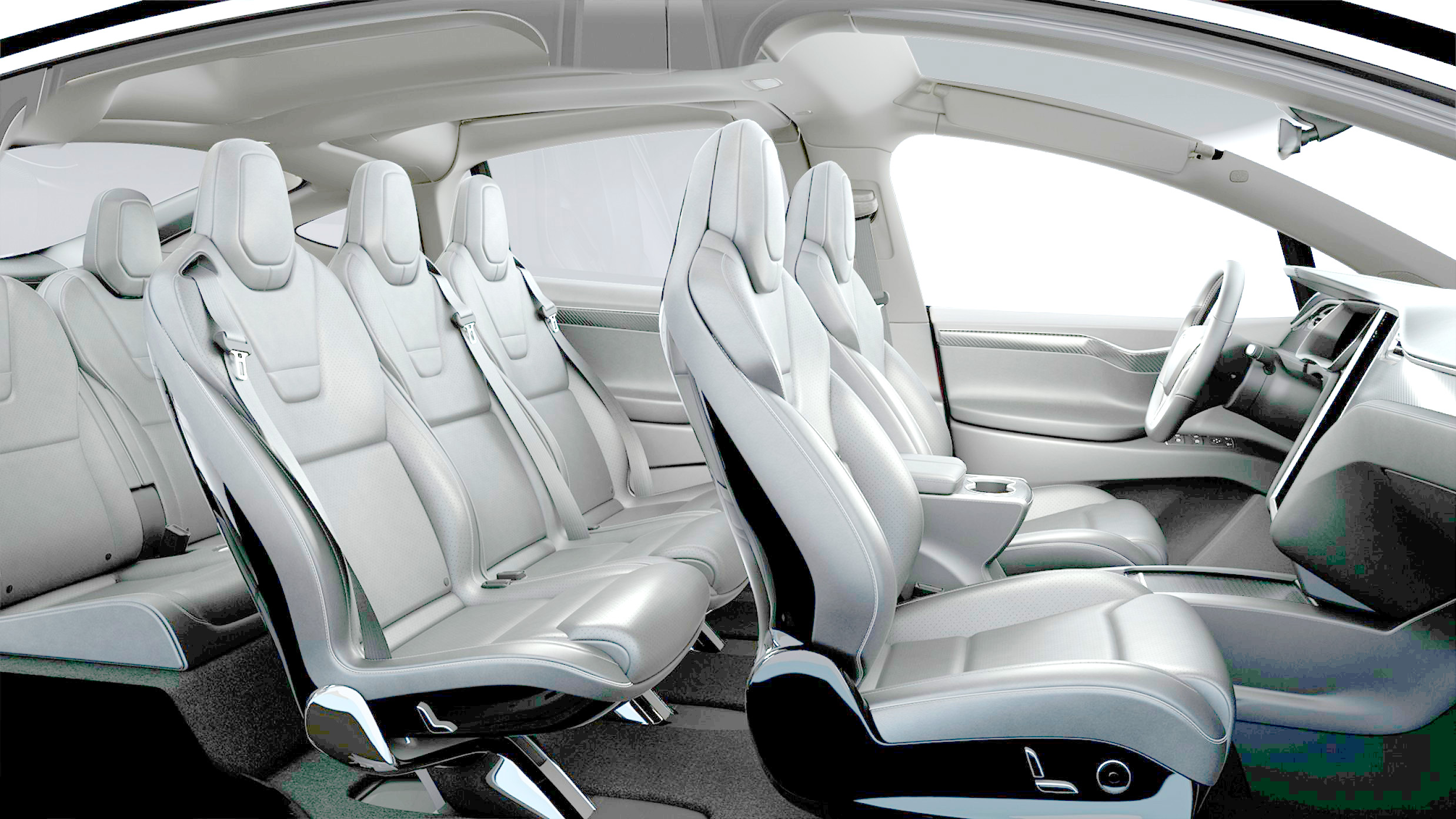 However, in the later added cargo hauling capacity picture we get a gimpse of what looks like a Model S style inside handle for opening the front door. We also get a glimpse of how the outside "handle" strip of front doors extends all the way to the side of the door.

Also, in this image we see on the B pillar, right above the vent, is what I expect is the rear interior button for operating the falcon wing door.

The best look at how the Model X front doors operate comes from this August sighting of a Model X mule or production cadidate. The door seems to match what can glean from the Design Studio, so probably represents the final look. In this image the Model S like handle for opening the front door is again present, suggesting the door opens from the inside like on a Model S.

However, the visible edge of the "handle" outside of the door is not extended in this open door image, leaving open the question of how it is operated. Does the door perhaps open electrically after a button press and is then pushed open from its edge or will the handle(s) extend fully or partially. It is possible from the shadows in that image that the edge of the door behind the handle is contoured for grabbing. Falcon wing, of course, needs no handle because it is opened (and closed) by button press, but theoretically a faux handle could of course act as that button, just like the Model S handles unlock the car first like a pullable "button". 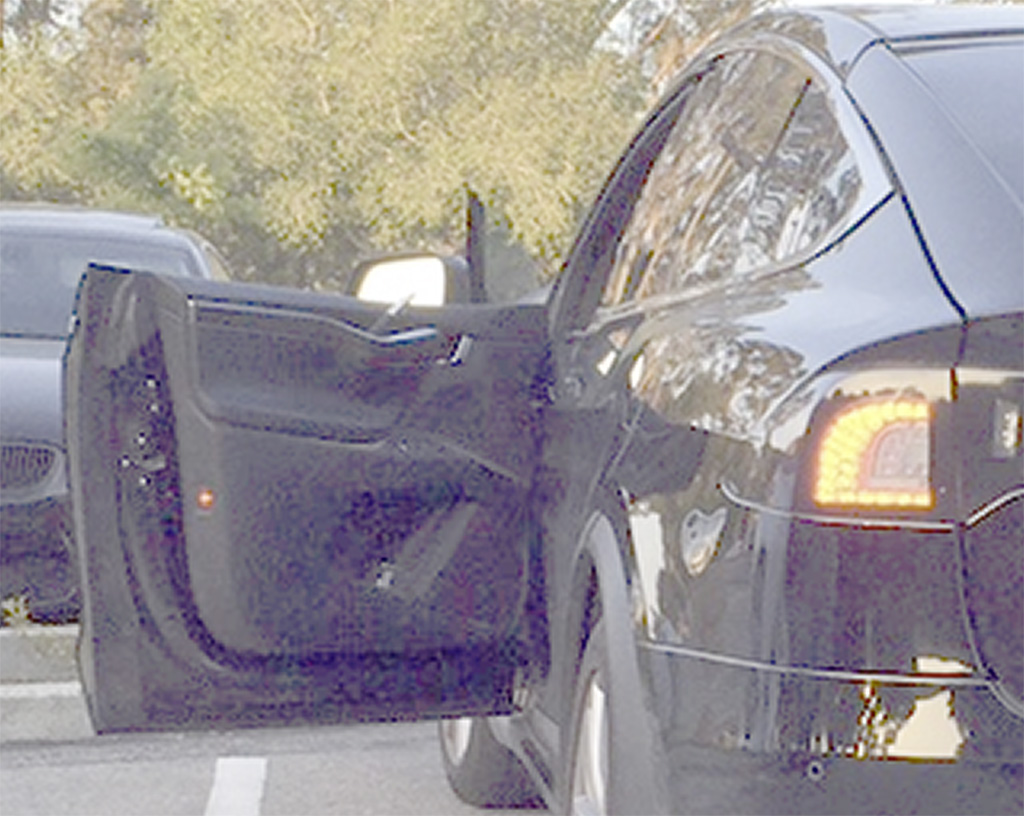 Personally I'm leaning on button (or touch) functionality only on both doors "handles" and no extending handles on the Model X, but it sure would be cool if I was wrong on that.
•••