I have a 2012 Tesla Model S (sub-500 vin Signature) with 100k miles and some bluetooth connectivty issues.

Both my wife and I connect to the car using Google Pixel's running Android. The bluetooth drops occasionally when we first enter the car.

My phone will indicate connected on both the Tesla and my device and try to start playing. After 30-60 seconds of trying to play music or a podcast, the Tesla will drop the ID information from the phone as if it was no longer connected. Specifically, the playbar on the Tesla displays, from Spotify or my podcast player, are removed and there continues to be no sound.

My phone will still say connected to the Tesla in its bluetooth settings. On the Tesla screen, if I select phone, I have the option to select the Pixel or to add a new device, as if my phone is still connected. Reselecting the Pixel corrects the bluetooth connection and the sound starts working normally. The other fix that seems to work is to recycle bluetooth on my phone, but this takes considerably longer.

Anyone seen anything like this? Seems to happen about 25% of the time we reconnect our phones to the car.
••• 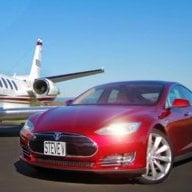 for what its worth, I had a same year Sig S85 with three digit VIN and had relatively few bluetooth issues with iPhone 8, can’t comment on the pixel.
••• 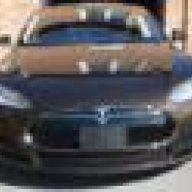 I have an early 2013 Model S85 and had experiences like this on and off for a while. Sometimes rebooting the car or my phone helped; sometimes not; sometimes it would just start working later that day or the next morning. I took it to Tesla, who claimed it worked fine after a reboot - and it seemed to. But then it started up again. But the problem became more frequent and rebooting or waiting a day helped less and less.

Eventually, it stopped working completely; it would claim "Bluetooth Initializing," but it never would. I couldn't even get a list of things to connect to. The voice control stopped working as well. I presume it's on an integrated chip with the Bluetooth

4-6 months later, for no reason, it started working again! I thought the hardware just died, so I was mystified to have it start working again (both Buetooth & voice control) at random, about a week ago. Amusingly, I was a few months overdue for service and I said (in the car's hearing; no doubt the AI heard me, LOL) I was finally going to get around to getting the service I should've had 3 months ago. It started working again that day or the next, I forget. Coincidence, I know, but spooky!

Anyway, your symptoms sound eerily like mine. I'd suggest Tesla, but they didn't do much and it quit working anyway. (I should've taken it back at the point, of course, to have them look again or insist they replace the seemingly-broken hardware.) And it fixed itself (what the heck?!).
•••

M
Phone connected but not unlocking