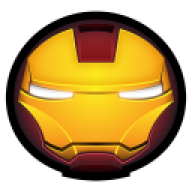 Hi I am new to the forums and currently am investigating a few things. I am a few weeks out from either ordering a used P85D or a new 75D.
The car I currently own has XM and there are 2 channels that I absolutely love. I know that I can transfer my subscription over to the the Tesla. What does the interface look like? Is it completely clunky? I have looked for videos and pics of the interface and cannot find one. I will see it when I test drive and order, but just curious what your thoughts are.
Also how is the reception as I have read in many places that it is not very good?
So to all that have XM how is the experience?
Thanks to all those who respond.
B

Reception is fine, except in the obvious areas where there is something overhead blocking line-of-sight to the satellite (heavy trees, heavy precipitation, bridge, building, ...).

The user interface has a station list, breaking down the stations by category - making it easy to find a station you want - and then once you're listening to the station, you can press on the "heart" icon and save that as a Favorite station.

There is a side-scrolling favorites list at the bottom of the media player display - showing the favorite stations across all bands (AM, FM, XM), making it easy for you to switch between all of your favorite stations (XM and non-XM).

The only problem area with the current user interface is the lack of a station number selection bar. With AM & FM, the entire radio band is displayed - and you can quickly move to a specific channel number.

We used to have that prior to the version 8.0 release (distributed late in 2016). With the UI changes in 8.0, Tesla decided to eliminate the XM station number slider - so if you're trying to hunt for a specific station number, all you can do is single step up or down one station at a time, until you reach the station you want.

With the combination of the station list and favorites, you should be able to avoid having to do a lot of single stepping to a specific station. 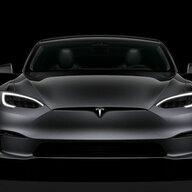 I have it in my new 100D and find it clunky. As stated above there is no way to directly enter a station number and the scroll (hitting the next button) is painfully slow. You can see some categories but overall I see it as a major afterthought compared to the interface in most cars. All that said reception seems to be good overall and sound quality is as expected.

Please note that if you order a new car only the sunroof option allows for Sirius/XM as the antenna is in the cross member. You can not get it with the all glass roof.

Also if you just like commercial free music (why I have XM in my cars) the streaming radio built into the Tesla is great. No commercials and even cuts out the DJ chatter you get on XM. There is also no trial like in most cars because XM doesn’t really partner with Tesla. 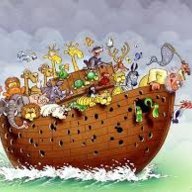 I listen to MSNBC and CNBC on my ride to work in the 6AM ET hour.

I like the all glass roof look vs sun roof that is required if I want to get these stations using built in XM on an 100D I'm looking at ordering.

It's unclear if I can use built-in Tunein on the model S to get both MSNBC and CNBC as it looks like MSNBC is available with standard Tunein but not CNBC on the Model S.

According to the Tunein web site, CNBC is available with a premium Tunein subscription but there are old year+ old posts I saw via google search claiming one cannot upgrade to a Tunein premium subscription on the S. Is that correct?

I don't want to do a messy solution by streaming from my iPhone to get these 2 stations. Must I get the sunroof with XM to solve this issue, or can I get both using built-in Tesla solution?

I am a a 3/31 M3 non-owner reservation holder and thinking of just stop waiting for it and stepping up to a 100D S with an order this next week.

I just jumped in my car and I can access MSNBC but not CNBC.

Yes. Thank you. According to the TUNIN website, CNBC requires use of a premium TUNEIN subscription. Can I add (pay is OK) the TUNEIN premium subscription to the Model S TUNEIN feature? And thus as available as MSNBC on the S?

I don’t think so. But you can probably check with Tesla to see if that has changed or may be coming.

Does XM shoe album art as the song is playing? Coming from an BMW M2 and the art is there.
Thanks for the replies. 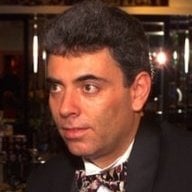 drj400m said:
Does XM shoe album art as the song is playing? Coming from an BMW M2 and the art is there.
Thanks for the replies.
Click to expand...

No album art is displayed - not even station artwork
R

Not wanting to hijack this thread but can someone show/tell me where the XM controls are on a current Model S UI? I think my XM has disappeared...

Rockster said:
Not wanting to hijack this thread but can someone show/tell me where the XM controls are on a current Model S UI? I think my XM has disappeared...
Click to expand...

Assuming you have XM (only model S with sunroof). It in the media player section under the radio tab...you should see AM FM XM
R

Robotpedlr said:
Assuming you have XM (only model S with sunroof). It in the media player section under the radio tab...you should see AM FM XM
Click to expand...

I have a P85 that is a rebuild. My original P85 had XM even though it had an all metal roof because that's how they did it then. When they rebuilt my P85 for me, they included the XM antenna even though the policy had changed to include XM only with glass roof. So, I've had the XM option on my entertainment system for the past three years. Now it seems to be gone. Since I'm not a subscriber, I didn't notice its absence until someone mentioned that there's a free XM trial period going on now. I'll have to look again when I get to the car but I think a software update in the past took XM away from my UI, for some reason.
B

We have an XM subscription in our 2018 Model S. However, it stopped working. Tesla is working on the problem, but they don’t know what the problem is. So, we continue to pay for our XM,
hoping Tesla can fix it. I can’t get FM either. Is anyone else having trouble with their XM and FM?

Bob & Shawn said:
We have an XM subscription in our 2018 Model S. However, it stopped working. Tesla is working on the problem, but they don’t know what the problem is. So, we continue to pay for our XM,
hoping Tesla can fix it. I can’t get FM either. Is anyone else having trouble with their XM and FM?
Click to expand...

I had some work done to my middle row seats on my Model X and they disconnected some wiring harness and when they reconnected it they used an HD radio harness (meant for Europe). My XM radio was not working (but FM was OK). If you had any, even unrelated work, done on your Model S, I would check with Tesla to see if it's related to the harness. On the Model X the harness was between the front seats under the console.
T

I can't wait for Tesla to finally create their own app store and add SiriusXM app into a user friendly (unlimited favorite station) built-in interface.

B
MCU2 Upgrade with radio - question on FM?

An experience with Sirius XM radio

B
XM/FM Radio with MCU 2 Upgrade