Is slate grey a new color? Someone was posting a slate grey 85D for sale, but I never seen that color. It's not on the website. Only grey is silver midnight metallic.

That is one of the original S colors, some call it dolphin gray. Discontinued about a year ago, I think. I have seen many of those in person and it's beautiful. I almost picked that color but ended up with silver. 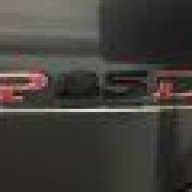 I have it on mine (March 2015), it is awesome. Don't know why they discontinued it. The new gray has way more blue in it. 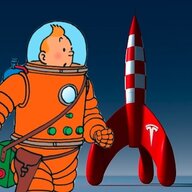 To be clear, Dolphin Grey (one of the original S colors) was discontinued in August 2014. It was replaced with a darker grey color, which at the time was called Steel Grey, then just Grey Metallic. (There never was a "Slate Grey," and those who use that term are referring to Steel Grey.) The Grey Metallic color is now called Midnight Silver Metallic, because apparently it's now bad to use the word "grey" or something.

Based on what cbin97 posted, there may be some difference in hue between Steel Grey and Midnight Silver Metallic, although pictures I've seen of the latter look just like my Steel Grey car.
Last edited: Jan 21, 2016

L
Which new color would show the least dirt (dust)

H
Am I crazy for wanting to put Turbines on a new Model S LR?