I've searched here and elsewhere but wanted confirmation on something: when a new update is released, is it not sent out to all model 3s out in circulation? Is there a certain order of cars based on when it was purchased who get the updates first?

Noticed there's was some talk about how people wanted the ability to request updates, like a fetch option, but it was dated back to 2017 and 2018...I guess nothing has changed?

So updates just pop up on my car or phone app when I'm on wifi, when Tesla deems my car ready for update? New owner here, only 3 weeks into ownership so just wanted some clarifications on what to expect with these updates

Lastly, firmware and software updates are different or considered on in the same? Like the 9.8x update posts are referring to firmware? and software could be pertaining to map updates for the navi?

Post became longer than expected..thanks for any feedback!
T

i apologize, I think I found the answers to my questions via the tesla subreddit 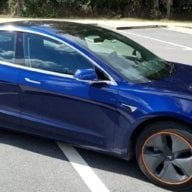 Tesla usually sends update to a small group of early access users and monitors for any issues and feedback. Then they tweak things and do it again and again if needed until they are happy it isn't going to cause any issues. Then they start rolling it out in waves to the rest of the fleet. I imagine they do this so as not to overload the servers providing the updates which makes sense.

Here is a break down of some of the versions people are on. This is from TeslaFi so it is only users of the website that have opted in to providing update info.
T

appreciate it. found what I was looking for..should've spent more time searching!
E 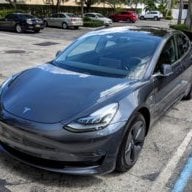 They have gotten better at wide rollout once they settle on a stable release...

It's getting a stable release is what really holds things up...

That's why you see so many versions out there...
Reactions: Dre78 and outdoors

W
Tesla Software Updates -- how large and will they download over "premium connectivity?"