Warning owners to avoid this specific location. The manager is rude and the front desk is only polite to you up until the point that the car is in their hands.
Brought my model 3 less than one week after delivery and purchased the silver ceramic coating package (Type of exterior package: Silver (1 Layer of 9H & 1 Layer of Light) - 5 Year Warranty)
I understand that the package I purchased is not the best, so I am not expecting that much. But compared to some other coating qualities it is very poor.

Customer service was horrendous upon pick up. I pointed out paint inclusions all over the front of the car that were not visible prior to coating. They immediately blamed Tesla's paint job (which is understandably bad) and stated that I probably didn't notice them before because I didn't do a thorough run through before drop off. A spot on the side vendor was completely missing paint. Again they blamed tesla's inclusions that while coating sometimes the inclusions break and expose the paint underneath.
The manager is smug, making a comment under his breath in front of me that I "already scratched my own car" as I opened a door and a bracelet brushed up against it.
Upon pick up one of my 19-inch wheels were missing the black plastic cover, they had to run around the shop to locate it. And all my sensors were covered in a white dust that could not be removed.
Prior to pick up my car was left unlocked in the public parking lot (trunk was not fully closed). And they continued to keep it unlocked as I left the site and had to return at a different time. Huge security concern here.

My friend had his model 3 tinted here and resulted in a visible line down one of the passenger doors. 5 Point blamed it on Tesla's poor quality.

The good reviews on yelp/google are so deceiving. Maybe they changed management thus quality and customer service has dropped down significantly. I will never come back here. For anyone looking to get services here, please expect for them to blame their poor job quality on Tesla manufacturing.
Reactions: shiftkenny and mnml
••• 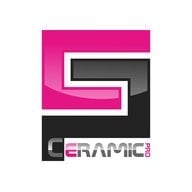 We are so disappointed to see this review on the Tesla Forum. We always try our best to satisfy every customer we see and specifically make an effort to not point out Tesla blemishes. As Tesla owners ourselves we understand the love for the car and all that is wonderful about it!
We will admit that we had a manager in place for a short period of time that didn't fully adopt to the 5 Point way and he has since been dismissed.
I will message you directly and would like to personally take a look at your vehicle even though it's been some time since this was written and ensure that you love our work and are satisfied with the outcome.
•••
R

This is so crazy. I am finding all of these reviews to late. I had similar experiences and the shop guys were extremely unprofessional. My car has so many issues and I being told I'm lying. They won't even look at it. Here's the review I left on Yelp and Google.

This is long read and an ongoing process. The bottom line up front is that after numerous errors on the part of the shop all I asked for at the end was to have my car taken care of I am still not being taken care of.

After numerous attempts to work with the company and after several unprofessional emails and finger pointing. I have disrespected, and basically called a liar.

My last email to them I asked to please let the Adam look at my car and help me find a way to repair the damages. If I didn't here back I said I was going to the BBB. They refused to work with me.

I contacted this business after seeing the owner's youtube videos. Adam sounded to be as OCD about the fine details as I was and figured I would have no issues here. I went to this location because of the locality to my home and was excited to have my car done.

After talking to the shop lead and determining what would look best I went with a full body PPF.

I have a white 2021 Mustang Mach-E that i had for about a month before turning it over to this shop.

I was told 7 days but got a call asking for a few extra days. I had no problem with this, I just wanted my car taken care of.

After waiting 10 total days I went to pick up my car only to find out that they did the whole thing in gloss PPF. (to note, i looked great and if they would have said there would be no charge since they messed, I would have been happy to take it).

Since this is not what I paid for the offered to fix it. Two days into the fix they texted me to say that while peeling off the gloss PPF it pulled the paint off the hatchback (right away they blamed ford for skimping on the paint).

The one week fix ended up being 2.5 weeks (I was reimbursed rental fees to go towards what I owed but this was a fight to where at one point I was told they would reimburse the full amount I was asking for If I signed a release a liability form and parted ways with Ceramic Pro).

When I went to pick my car up I noticed on the walk around that the hatchback seal looked funny. When I touched it the whole right side fell off. When I asked the shop guy what happened he called his supervisor. He told my wife and I that the supervisor had ordered the part. When I talked to the supervisor later he said he didn't know about it and that Caylee would order the part. I was upset that nobody brought it to my attention until I found it.

When I got home noticed that when I was backing up my rear camera had blurring. (this was due to the lens being scratched)

While waiting for the parts to come in I took the car back to get looked. Bubbling of the PPF (to be expected), Particles on the windshield and moonroof, some molding issues (fixed), camera (replaced later), rear spoiler PPF ripples (fixed), hatchback seal (they ordered the part but wrong side).

The shop did end up finally getting the parts but made me go to Ford to have the fix it. This is where we discovered that the shop used two sided tape and glue to hide the fact that they busted the clips on the seal of the hatchback.

The shop sup also said that the water spots on the door windows would not come out. Note: This was not something I complained about. I asked what I do now again they went straight to blaming the dealership and to take it up with ford.

He said they tried multiple methods to included steel wool (can be used if .0000). When I got home and the car was in the sun light you could see the water spots and micro abrasions all over the glass). When I asked about that the shop sup said it's to be to much and that we was hands off.

With Ceramic coating the the warranty info says that the first 2-3 weeks are the most susceptible for water spotting and not to park near sprinklers. The entire 2.5 weeks they had my car it was moved around a few times and parked behind there shop near sprinklers. My car is garage kept at my condo by HOA rule and has never been close to sprinklers.
Reactions: ucsdsig
••• 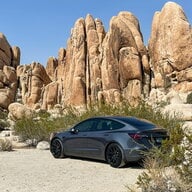 Weekend to Paint calipers in my garage