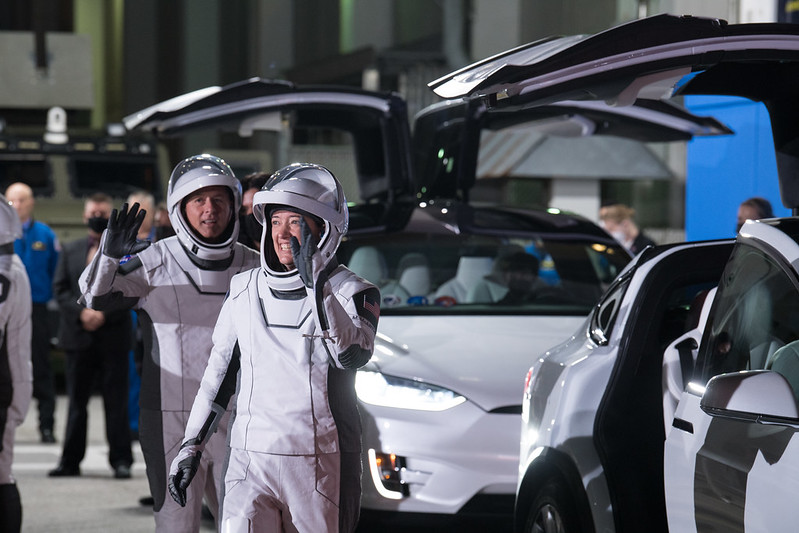 The mission was the third crewed mission to date for SpaceX. The Crew Dragon capsule is scheduled to dock early Saturday morning.


SpaceX previously flew the spacecraft, named “Endeavour,” was previously used to carry astronauts Robert Behnken and Douglas Hurley to the space station in May 2020.

“We do intend to fly the Falcon 9 booster until we see some kind of failure… we’re learning a lot about reusability,” SpaceX Chief Executive Elon Musk said during a press conference.

The launch marked the third crewed flight for. SpaceX’s historic Demo-2 mission in May was the first crewed launch of a Crew Dragon capsule.

I think it's beyond cool they get transported to the pad in Tesla Model Xs.
Reactions: Grendal
•••