This will another GTO launch. So this will be another ASDS landing attempt in the Atlantic similar to the JCSAT 16 we just had. The Amos 6 satellite is 2000 lbs heavier though. So that might have an effect on launch and landing.
Last edited: Aug 14, 2016
Reactions: Att1cus and GoTslaGo
R

A ton heavier? Well that will be an interesting landing.
Reactions: Grendal

I assume you are referring to yesterday's mission, which is being discussed here SpaceX Falcon 9 FT launch - JCSAT 16 - SLC-40

This thread is about the next upcoming F9 mission.
Reactions: Grendal

The details for this launch have firmed up:

Amos 6 will be the heaviest satellite that SpaceX has launched so far. Yet another middle of the night launch and attempt at landing.

The rocket has been static fired in Texas and has arrived in Florida in preparation for launch a while back.
Reactions: SW2Fiddler and GoTslaGo 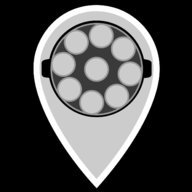 OCISLY departed Port Canaveral at 22:45 UTC for its station in the Atlantic.

Quick note: this flight will carry the heaviest sat SpaceX has ever lofted on a GTO trajectory, but won't surpass SES-9 in terms of landing attempt difficulty. SpaceX required extra burn time and a more challenging trajectory from the first stage for SES-9 in order to get the satellite to GEO faster.
Reactions: SW2Fiddler, Grendal and GoTslaGo

The Hosted Webcast is already up:

Early signs are the weather is looking pretty bad for the launch. So we'll see if they have to delay.
Reactions: GoTslaGo

Well both the rocket and satellite were lost. This happened sometime during the early phases of the static fire test. More than likely something went wrong in the loading process.

"SpaceX can confirm that in preparation for today's static fire, there was an anomaly on the pad resulting in the loss of the vehicle and its payload. Per standard procedure, the pad was clear and there were no injuries."

Being discussed in the thread Launch Pad Explosion?

I had to check in here when I heard the news. Been overloaded with work + family business lately so I have tons of Tesla and SpaceX stuff to catch up on.

Grendal said:
"SpaceX can confirm that in preparation for today's static fire, there was an anomaly on the pad..."
Click to expand...

So the engines were not firing when the explosion occurred. So something happened during propellant loading.

It's a real blow, but SpaceX will figure it out and make sure it doesn't happen again. No doubt the launches scheduled for the rest of this year will be rescheduled.

Amos-6 was lost in the anomaly. Spacecom is "borrowing" AsiaSat 8 (launched in 2014 by SpaceX) until they can build a replacement.