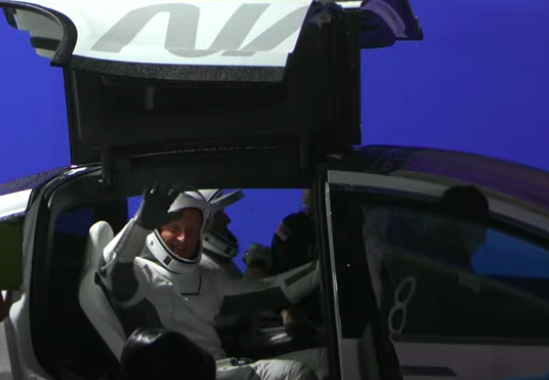 The Crew-3 launch from NASA’s Kennedy Space Center came days after the Crew-2 astronauts returned to earth after six months at ISS.

The Crew-3 astronauts included NASA’s Raja Chari, Tom Marshburn, and Kayla Barron, as well as the European Space Agency’s Matthias Maurer, who earned the claim to being the 600th person to enter space in 60 years.

The SpaceX Dragon Capsule carrying the team is scheduled to dock at ISS at 7:10 p.m. ET Thursday. During their six-month stay, they will conduct a range of experiments and perform maintenance on the 21-year-old space station.

Watch the launch broadcast below.