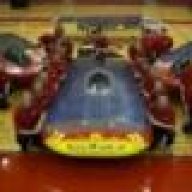 SpaceX Co-Founder and Vice President of Propulsion Development Tom Mueller has revealed the company is deep into the development of the first “full flow methane-liquid oxygen” rocket engine. Known as the Raptor, nine of these immensely powerful engines – one or three cores – will be utilized to send SpaceX’s Super Heavy Lift Launch Vehicle (SHLV) uphill on missions to Mars.
Click to expand...

Looks like the current goals for this new Raptor methane/LOX engine are:
- ~1 million pounds-force of thrust (~7x as much as the current Merlin 1D kerosene/LOX engine, and about 2x as much as the hydrogen/LOX Space Shuttle Main Engine)
- ISP (efficiency) of 321s at sea level and 363s at vacuum (compared to 282s/311s for the Merlin 1D, and 366s/452s for the SSME)
- Use a full-flow staged combustion cycle (as opposed to the current gas-generator cycle for Merlin)
- Use methane as a propellant, which burns cleaner than kerosene, and could theoretically be produced on Mars to fuel a return trip to Earth

The components for this BIG engine are being developed/tested at the NASA Stennis Space Center in Mississippi -- thread and link to article here.

For scale, the thrust goal for this thing is exceeded only by the Saturn V's F1 engine and the four-chambered Russian RD-170 engine. With the plan to put nine Raptor engines on a 30-foot diameter first stage, it would theoretically have more thrust at launch than the Saturn V! Guess that's what you need when you start seriously considering going past the Moon and on to Mars...
Last edited: Mar 7, 2014

Mocked up comparison of big rockets on pad LC-39A