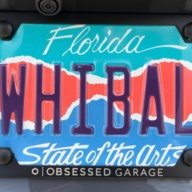 Thanks for posting that video. I wonder where the fuel and LOX tanks are?
•••
E

And where is the launch pad? Will that launch from the Cape? How will they transport?
•••

It will certainly launch from the Cape, as it cannot be transported over public roads; too wide.

I don’t know what launch pad SpaceX plans to use; I don’t think that has been announced.
•••

mtapes said:
I think the plan is to use 39A, which SpaceX has on long term lease.
Click to expand...

Using 39A to test the first Starship sounds risky since that pad is in regular use for NASA and commercial launches. And I would think the pad would have to be modified in some way since Starship is very different from Falcon.
•••

"Per one of those posts, Starship/Super Heavy’s “initial launch capability” will be achieved at Kennedy Space Center’s historic Launch Complex 39A (also known as Pad 39A), a facility SpaceX has leased since 2014 and launched from since 2017. Originally constructed in the 1960s to support Saturn V, the largest operational US rocket ever built, Pad 39A spent another three decades supporting dozens of Shuttle launches until the latter was also retired, after which SpaceX took over the historic facility. Although SpaceX has specifically discussed plans to ultimately turn its South Texas outpost into a full-fledged orbital launch site, that will be an extremely slow and expensive endeavor and Pad 39A makes sense for several reasons."
•••