In a widely anticipated talk webcasted LIVE, SpaceX Founder/CEO, Elon Musk gives an update on the company's Earth to Mars mission. The 68th International Astronautical Congress (IAC2017) was held last week, September 25-29 in Adelaide, Australia. Firing up the boosters early on, Australia announces getting its own national space agency.
Thursday night's SpaceX present by Musk was before some of the world's most brilliant scientists engineers and space technology innovatives. An intellectual quiet crowd. No pressure. First order of business? Scientific data facts and figures, of course. Where the company's orbital transport vehicles are. Falcon 9 Heavy and Dragon. Falcon 9 has completed 16 successful landings. Both 9 and heavy have partial reusability. Falcon 9 will eventually be up to 70% reusable. Dragon recently completed its 12th ISS transport mission. Splashing down easy like Sunday morning on September 17. Where they were. Falcon 1, nine years to the day.
Where they'd like to be.

Introduction of an all stage OTV system, the BFR. Fully reusable for transporting high volume payloads (including human cargo) from Earth to Mars, ISS and the Moon. While we're processing this mindblowing bit whose low cost per flight is most compelling, "one more thing". Before I can brace the mental neurons for an, "Wait, I just can't." experience Musk casually captions video footage of BFR transcontinental flights, "Why not use the same ship to go from one place to another here on Earth." You know, if you're the kind of individual who dreams in behemoth, stuff like this? For all intensive purposes is fairly practical. Suppose when I thought my own visions were substantial in scope I was wrong. Render me speechless as Musk exits stage leaving us in high flight fancy mode.

SpaceX mission to Mars as presented is not only doable, most importantly it is economically feasible while fundamentally reasonable. From both a scientific and environmental perspective. Sure the rockets are still firing combustibles but shorter flights equals less burn time. Steadily evolving with the technology. Yet being about having money for it all the company appears to have that solved. Funding will be drawn from its satellite payloads to/from ISS Moon and Mars routine flights. Scaled up as vehicles are added to the fleet. Reusability is other key element in SpaceX formula for success. Without it, cost structure would be a completely different equation altogether.

As it stands, Thursday's presentation by SpaceX Chief Rocket Designer, by default, did not disappoint. With plans in the works for first two flights (Mission One) followed by an additional four (Mission Two) Musk targets 2022 for first multiplanetary transport mission with successful landing experience on Mars. Every two years Earth and the Red or Blue Sky Planet align in sort of a meeting of like celestial body minds. Ideally you want to plan space travel during this period where conditions are most favorable for orbital maneuvers.

Back to earth. While roundtrip long hauls to Mars are going on we will enjoy the option of transcontinental getaways. Whether business or pleasure more of us will be able to say, "I've been around the world..." Still processing being able to add, "...in less than a day." 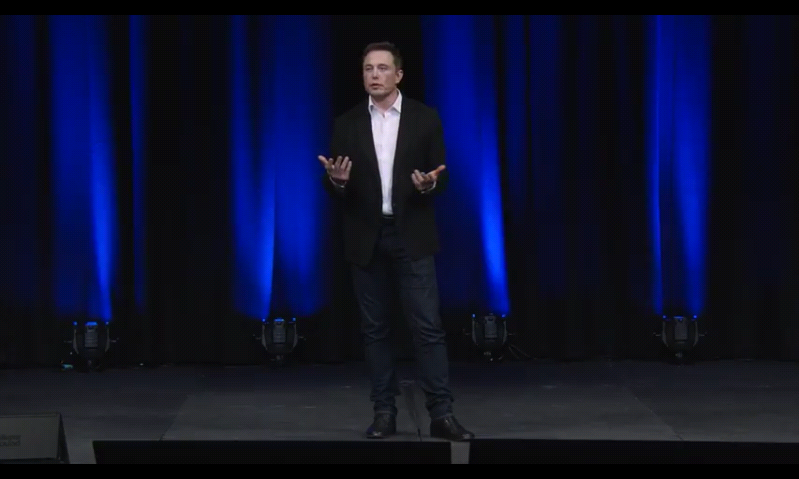 Postnote: Have a triad of questions hope to field to Musk at buzzed post event Q & A. One of them has been penciled as checked off - answered. Well perhaps two but I'll need an experience in order to better assess the reality.