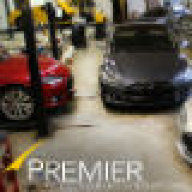 We at Premier have been established since 1997, and since we have tested scores of window films on the market. From the basic window tint to the top products in the industry. After 4 years of testing PhotoSync, we completely believe in its performance and its durability. This product uses their own proprietary technology that allows it to block out an exceptional amount of heat without compromising visibility. Most window tints on the market requires the film to get dark (aka limo tint) for any substantive heat rejection. PhotoSync does not require any metals or ceramics to achieve these impressive results. The film can block out as much as 98% of IR (infrared radiation) compared to conventional tints rated at 30%-40%. Even for the top ceramic products out there, they can only achieve 80%-85% of IR rejection. In addition, total solar energy rejection (tser) for PhotoSync goes as high as 79%.....all of this done without using any metals that would interfere with electronic signals.

Below is our test:

We recently conducted a test to see how hot the Tesla Model S gets in the rear. There is a general consensus among Tesla owners regarding too much heat build up. For the rear hatch of the Tesla Model S, there is an option for rear facing seats for children. Owners of the Model S have been complaining and executives at Tesla even know of this issue. With that said, we decided to conduct a test to measure the ambient air temperature of the rear hatch. Tesla's rear hatch glass is a laminated glass that has a metallic coating to it to reject some heat; however, even this is not enough from our findings.


30 Minute Test in the Rear Hatch with both vehicles side by side
Duration: 30 Minutes
Time of Test: 3:35 pm
Exterior Temperature: 88 degrees
Purpose: Compare air temperatures inside hatch between vehicle with no window film and the other with Spectra PhotoSync installed


Here are the two test mules: 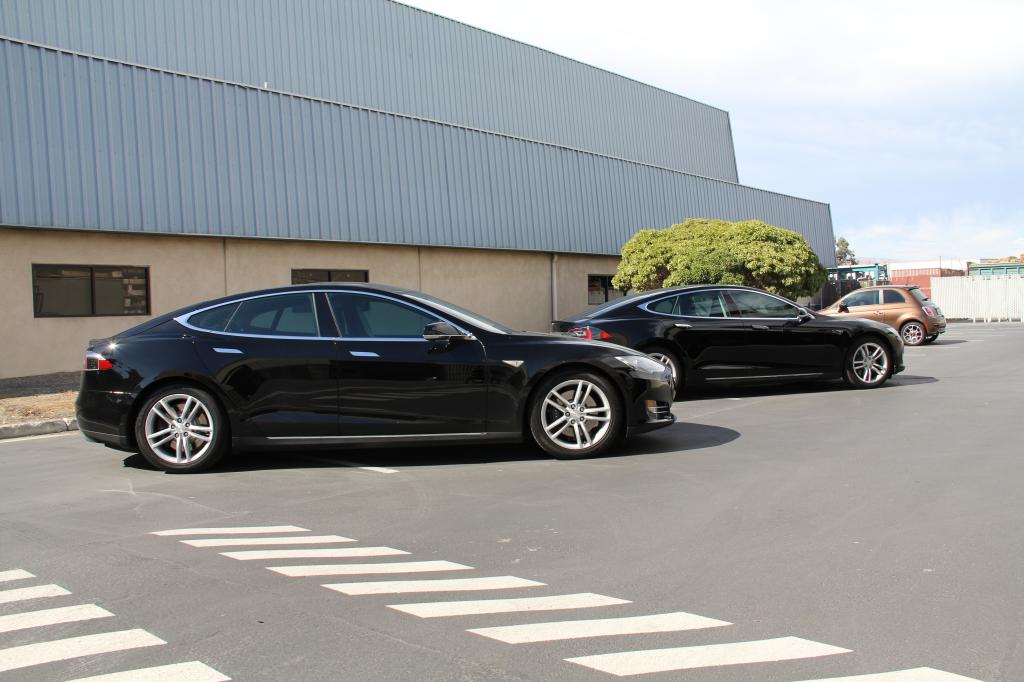 Test Vehicle 1 - No Film
Start off at 84 degrees 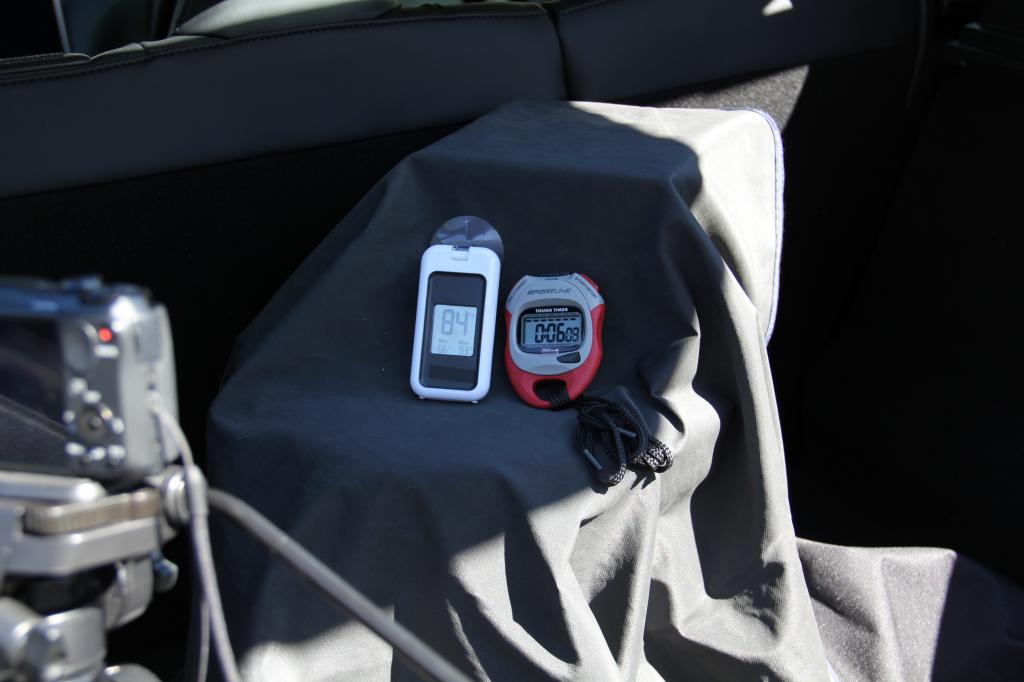 In just 3 minutes the temperature rose to 92 degrees 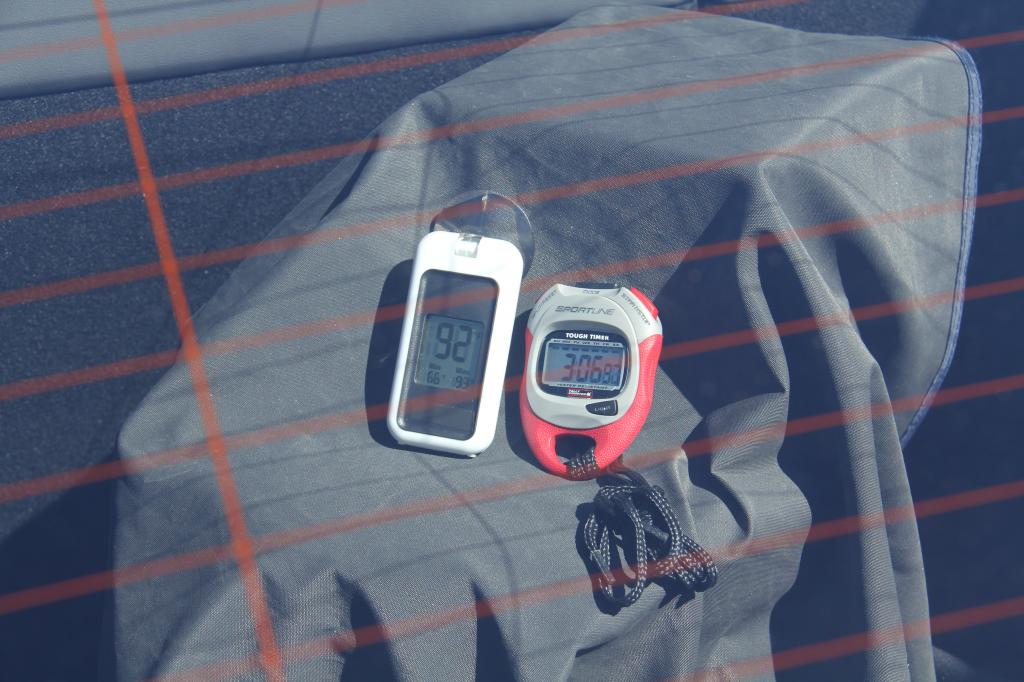 Close to 7 minutes, the air temperature rises to 105 degrees 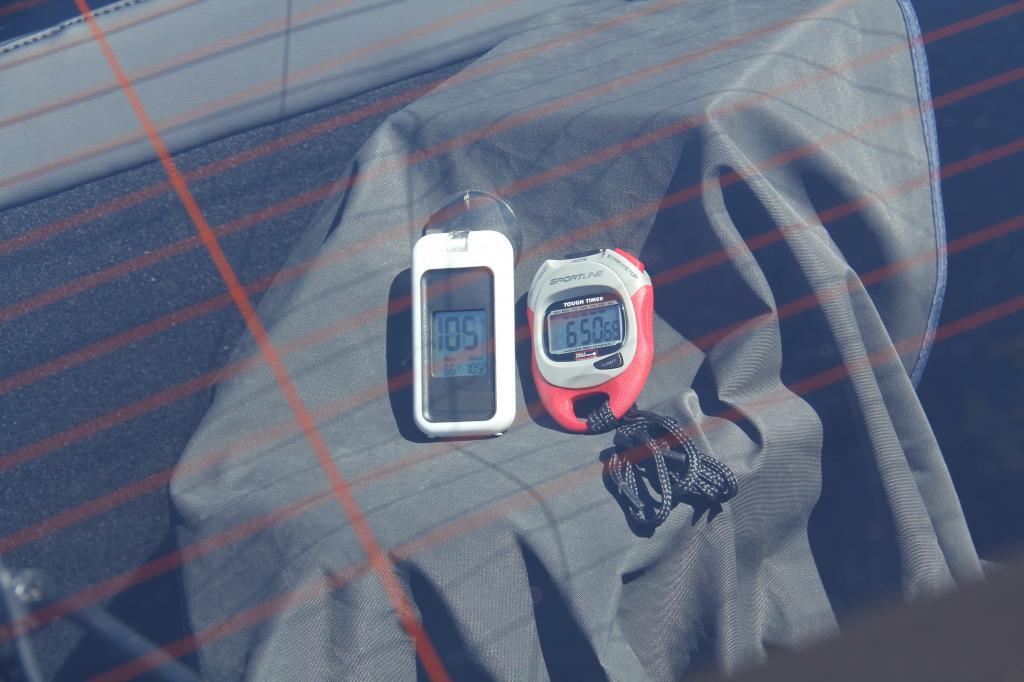 At the 15 minute marker, temperature is at an unbearable 123 degrees 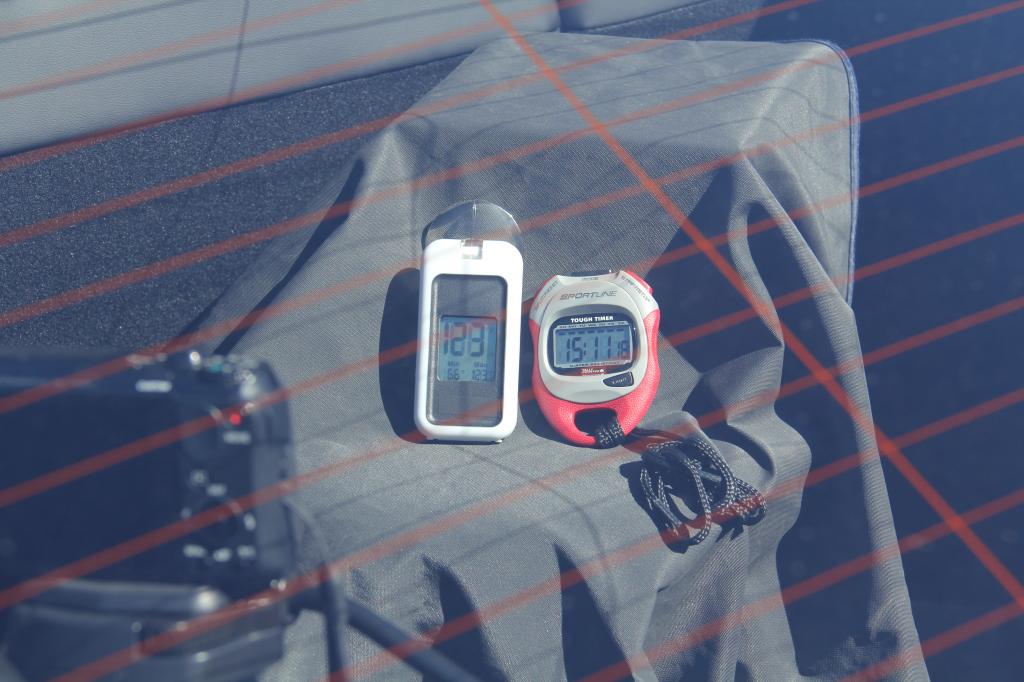 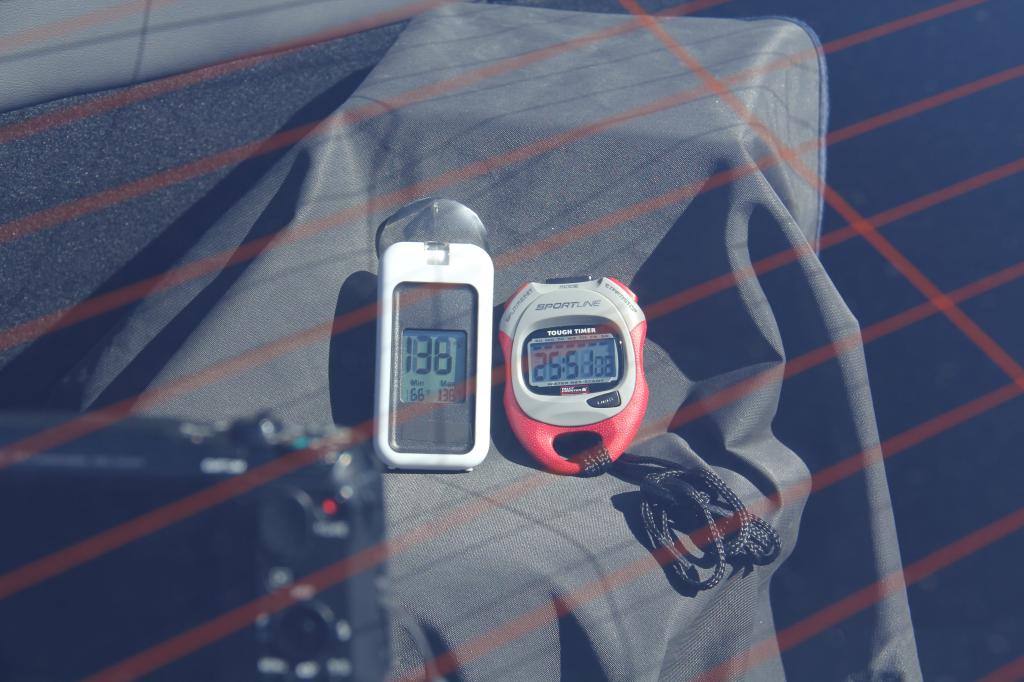 At the end of the 30 minute test, it is a scalding 140 degrees, which is the reason why leaving children in a vehicle can be a fatal mistake. 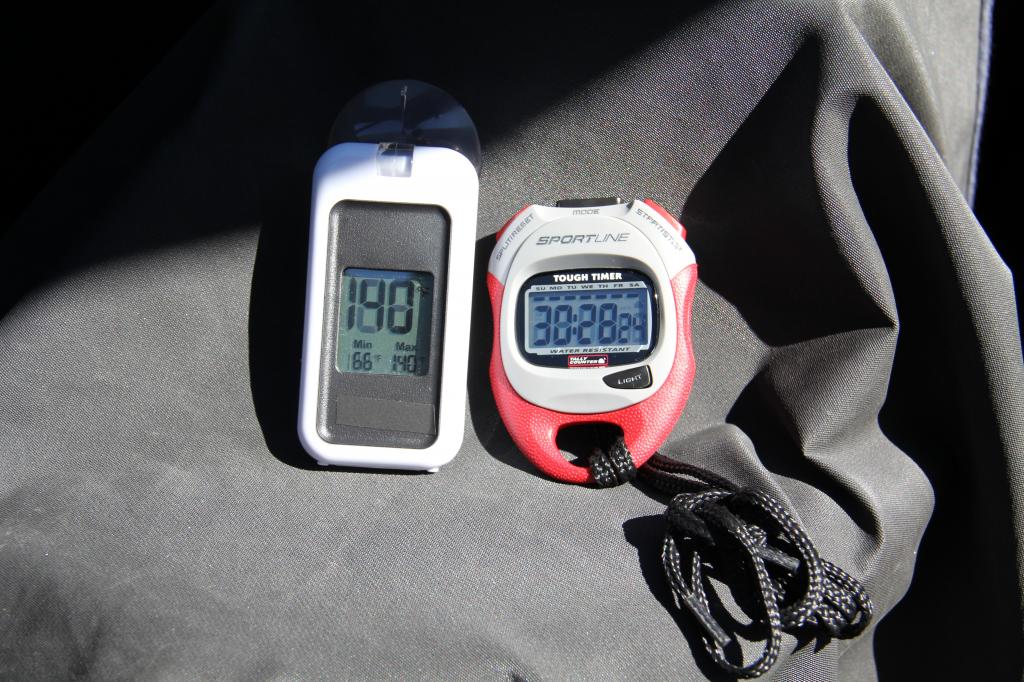 Test Vehicle 2 with Spectra PhotoSync 45 installed to the side and rear hatch. 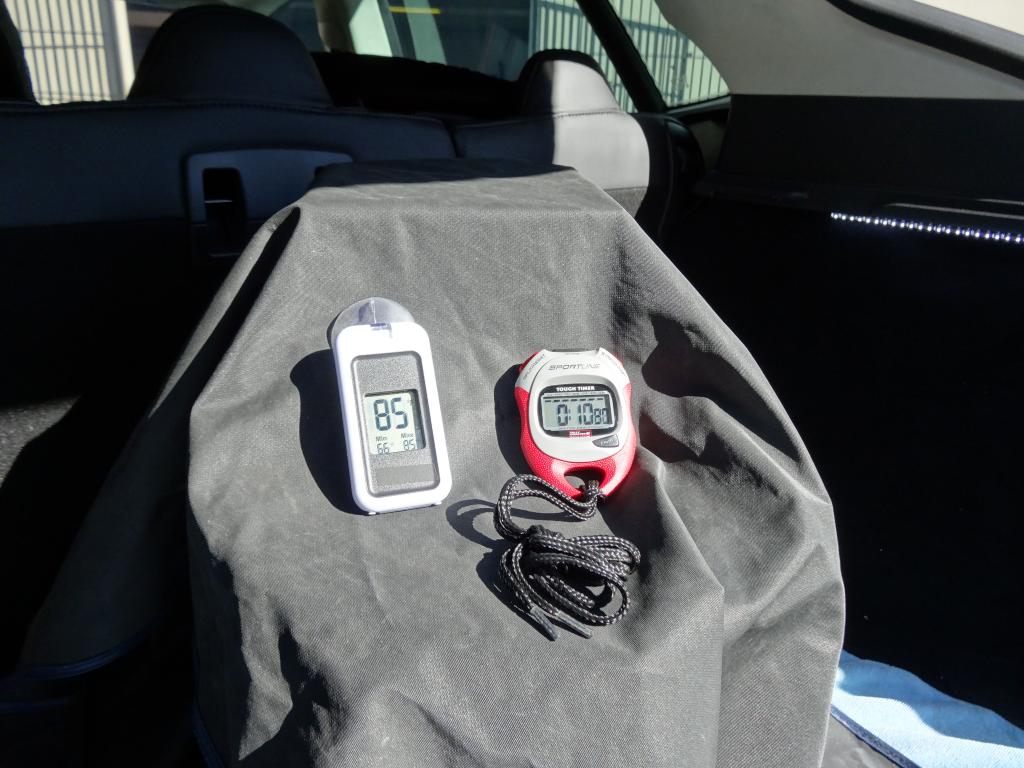 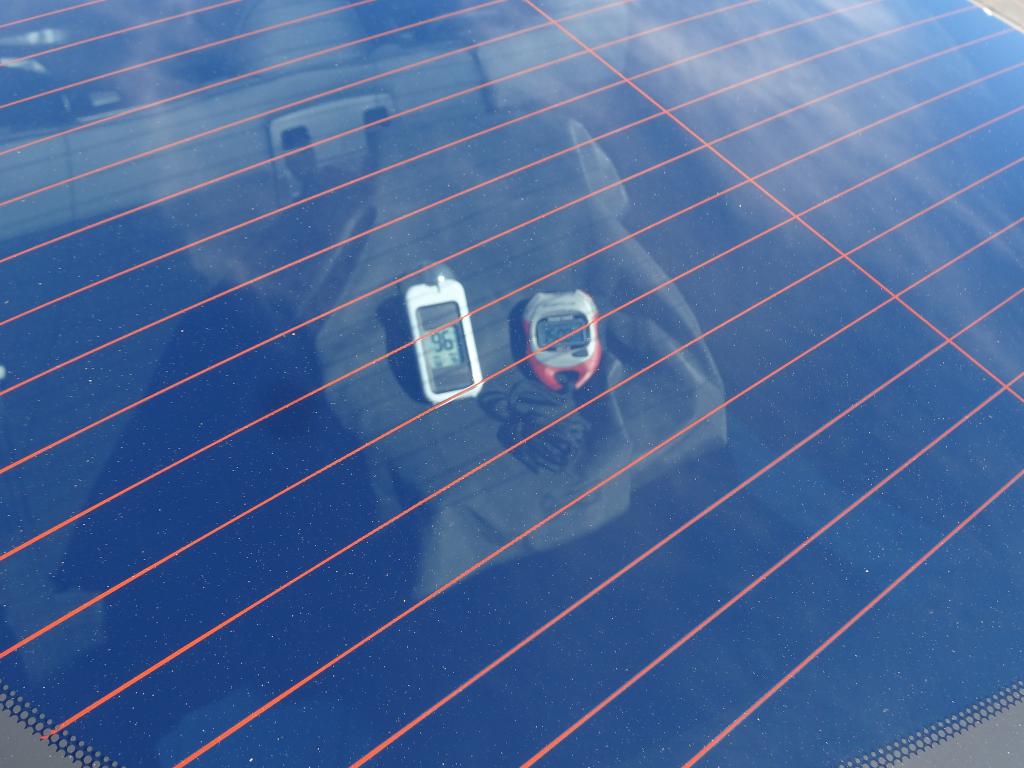 At the completion of the test at 31 Minutes, the Tesla Model S with Sepctra PhotoSync is at 104 degrees compared to 140 degrees in the other Tesla. This is a 36 degree differential! 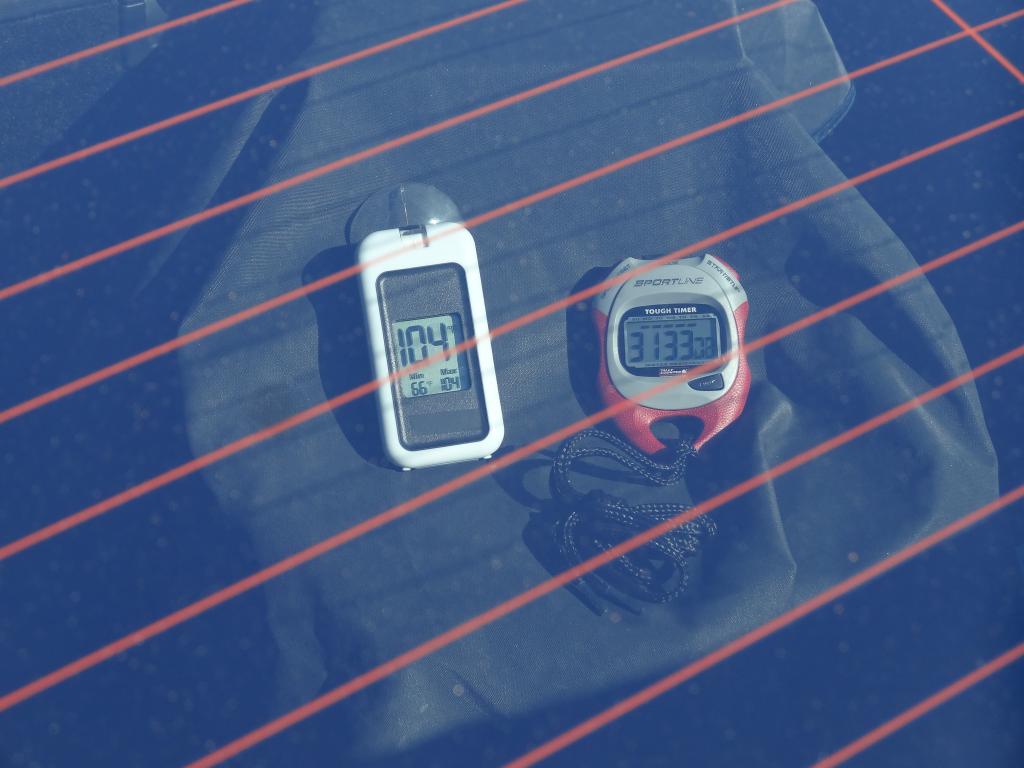 Here is a good thread for reference of Tesla owners' feedback with PhotoSync.