I assume angle caught the reflection off the black door handle--I'm sure @makirules would have mentioned if he somehow had one chrome door handle, lol.
••• 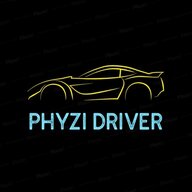 Placed an order and received a message to complete from a Tesla advisor to complete some delivery details in my account, including the Driver License Number and a photo of the license. I only have a learner permit and just scheduled my road test in August.

Will Tesla accept my learner permit? Or do I have to wait till August when I get my driver license?
•••
C

Just order my first Tesla on June 19th. Don't have much feedback from Tesla. Only a RN number on a confirmation screen and $100 charged to my credit card, but no email confirmation and nothing on my Order History page. Is this the standard flow process ? When should I get something back from Tesla ?
Thanks a lot for your advice. 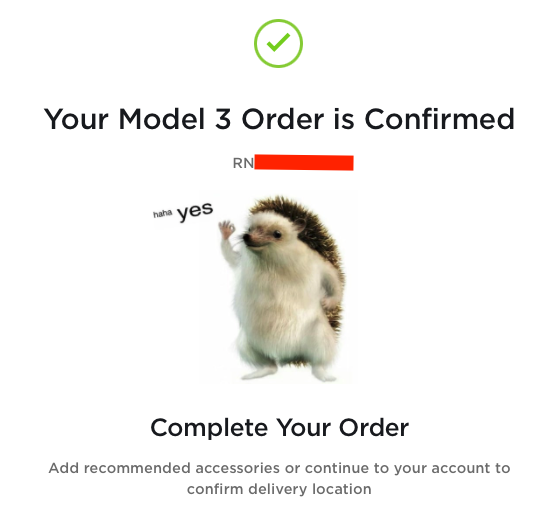 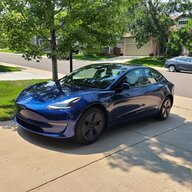 Cuco said:
Just order my first Tesla on June 19th. Don't have much feedback from Tesla. Only a RN number on a confirmation screen and $100 charged to my credit card, but no email confirmation and nothing on my Order History page. Is this the standard flow process ? When should I get something back from Tesla ?
Thanks a lot for your advice.
View attachment 675980 View attachment 675981
Click to expand...

I think you're looking in the Shop history, which is the Tesla Shop for accessories and such. You should see your Model 3 just under your Account page, with an option to Manage the order. That's where you submit loan app, paperwork and all that
•••
H

bro1999 said:
So as the prospects look grim that my Bolt buyback is finished anytime soon, could someone walk me through the process of how to snag an inventory car and then applying the $100 order fee to the inventory car? Am I assuming correctly that if I tried to pick up an inventory car, I would have to pay whatever the listed price is and I would forfeit the cheaper price I'm locked in at? I'm locked in for $500 less than the current SR+ price.
Click to expand...

If the inventory car is the exact same spec as what you ordered, your SA *should* be able to merge it into your original order and honor what you paid. There's instances where people have said they've been refused this, but there's more successes than failures. You'd lose out on the $100 order fee though.
•••
J

decflow said:
Placed an order and received a message to complete from a Tesla advisor to complete some delivery details in my account, including the Driver License Number and a photo of the license. I only have a learner permit and just scheduled my road test in August.

Will Tesla accept my learner permit? Or do I have to wait till August when I get my driver license?
Click to expand...

Electric Cars, Solar & Clean Energy | Tesla has a chat service. It roughly starts from AM 8:00 ~ PM 3:00, but the real service time is a mystery to me. At least, in the bottom right of Tesla website, I saw a chat button in a few minutes ago. I believe you can ask them directly and have a sold and fast response.
•••
D

Finally got my vin 5YJ3E1EA0MFxxxxx so let’s see how long it takes to actually get delivery now.
Reactions: mwilkins, GiFer, makirules and 2 others
••• 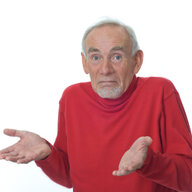 Drubaybred said:
Finally got my vin 5YJ3E1EA0MFxxxxx so let’s see how long it takes to actually get delivery now.
Click to expand...

Hi Everyone - just sharing my story for those curious...

I am in So Cal (Buena Park pickup), ordered the SR+ white/black base everything on May 12. I finished all parts of the process on May 12, putting me in line on: May 12.

I've experienced the same EDD slide as everyone else. Most recently, I was at June 20-30 (the earliest was June 4) and I wasn't confident that I would get a car in that time.

Then, on June 18, I woke up from a nap at about 4:30PM, did my usual internet surf, which at this point included a look at the existing inventory, and to my surprise, found the exact same car at the same price with no miles in the Burbank location. Knowing that those things go like hotcakes, I just placed an order for it, paying the $100 to secure my reservation.

Immediately, the Tesla Vision popped up and the VIN number was assigned.

I called Tesla to tell them I would go as early as today (Friday) to pick up the car; I also asked if they could take my original $100 and apply it since I essentially paid $100 twice.

Pickup Today: they said no.

I figured I was out $100 and I was okay with that because I desperately needed a car (1 car household wasn't working for my work schedule).

On Saturday, June 19, I got my delivery appt for Monday June 21 at 4AM home delivery. I called the delivery center and told them I can go pick it up now rather than do a home delivery at 4AM (which sounded crazy to me). They said no, we aren't doing pickups, etc. and we're only doing home delivery.

So I waited. I went to bed Sunday night hopeful that I'd wake up with a M3 in my driveway. Nope.

Went to work with my wife's car. Called Tesla. Had to leave a voicemail (which I didn't). Called another 6-7 times. I was successful getting hold of someone on the last time who confirmed that the car should have been delivered at 4AM but for whatever reason was still in their lot. He said he would get someone out with the car right away. I said ok.

Then, 3 hours later, the car appeared on my driveway.

The moral of the story is this: existing inventory, if you can nab one, is a much more 'sure' thing than waiting for the random Tesla Vision acceptance to pop up.

They kept telling me along the way: it'll be worth the wait. It is. But, the wait was filled with a lot of frustration. Every Tesla employee I spoke to along the way and the two that showed up on my driveway with the vehicle (one was a trainee) was very pleasant to deal with. My frustration was never with the people I dealt with - it was with the process.

So, hang in there. Look through existing inventory and nab one if it pops up. And if we see each other the road, we'll give each other a shaka! Best of luck to everyone!
Reactions: GiFer and rsaucedo23
•••
W

Here is an interesting timeline for my son's car for delivery in LA:

Ordred 4/25, black, black, no FSD, 18" wheels.
EDD kept changing each day and latest was 6/21 to 6/30.
He received the VIN this am, later in the day received a home delivery of 6/23.
He was not available on 6/23 and did not want car delivered if was not going to be around.
Called the Burbank center, held a hard line, told him no changes to delivery are possible and that if he did not take car in 72 hrs would be reassigned.
I called BS to that.
Called and we spoke to another rep at Burbank who could not have been more accommodating.
Rep said car can be delivered today.
Car being delivered "today", will be left at a supercharger for touchless delivery.
Waiting on call from my son to confirm things.
Reactions: GiFer and rsaucedo23
•••
M

thanks! caught a lot of bugs on the way home though lol.
••• 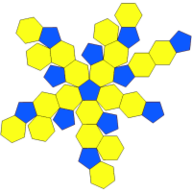 It’s… beautiful!!.. it was definitely worth the wait!
Touch less delivery was quick and efficient, didn’t notice any issues with it, and driving home was so much fun 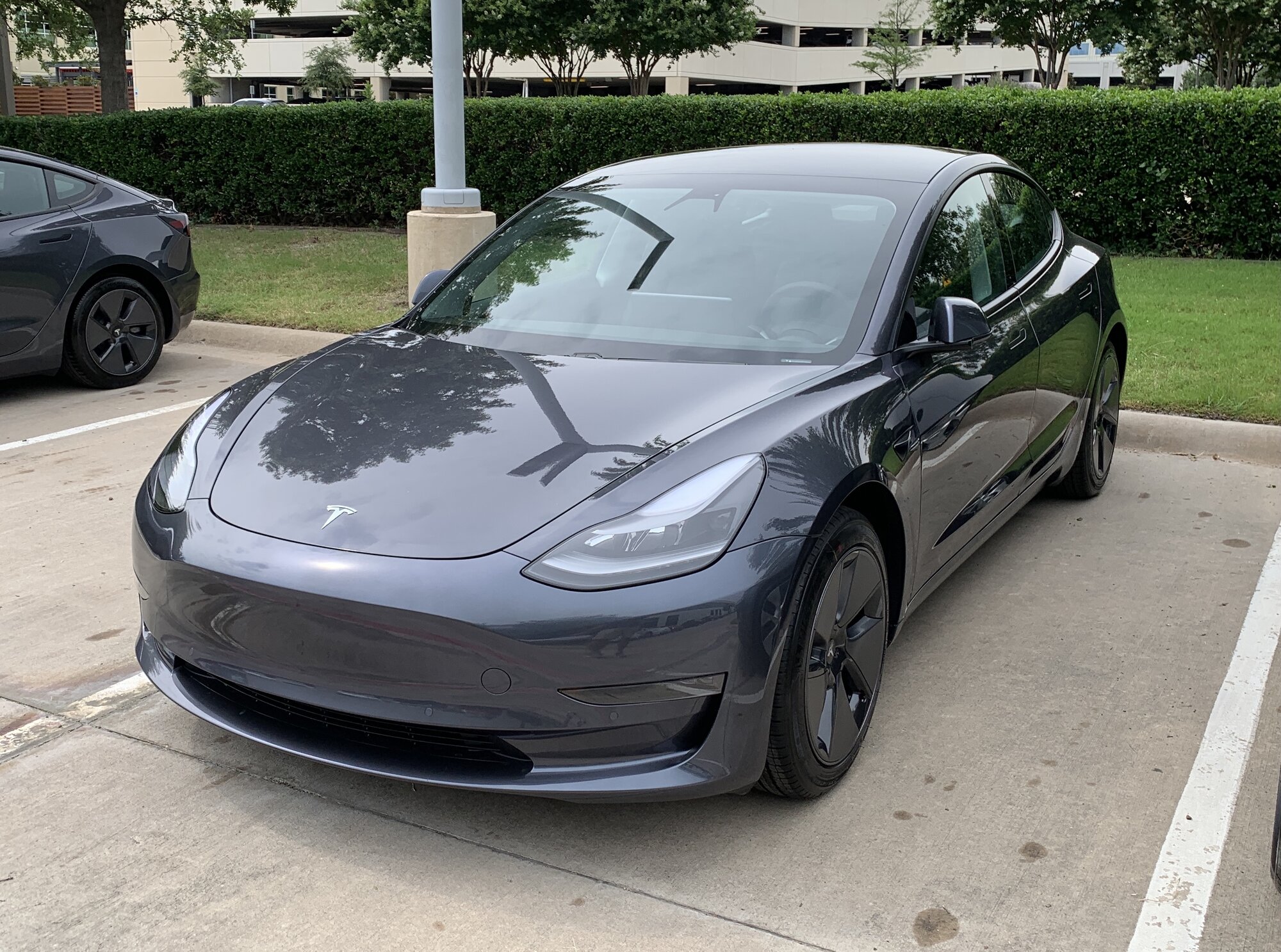 rjung10 said:
The moral of the story is this: existing inventory, if you can nab one, is a much more 'sure' thing than waiting for the random Tesla Vision acceptance to pop up.
Click to expand...

Well, waiting for your order to go through the process is pretty much a sure thing—you’ll eventually get your car, and almost always within the first EDD window they give you. I think many of us stress out on the daily changes to the EDD, or stress out when our EDDs DON’T change for a few days. Honestly, most of us would be a lot better off NOT checking our account multiple times a day.

We know that, but most of us still check and torture ourselves, lol.

P.S. Your story is pretty frustrating, though, particularly that 4am home delivery no show. Glad it all worked out for you, and I agree the process is what makes it frustrating, not so much the Advisors we deal with.
Last edited: Jun 21, 2021
Reactions: makirules and GiFer
•••
D

rsaucedo23 said:
did you get SR+ and where in socal are you?
Click to expand...

Sr+ base everything and I’m picking up from Buena Park location. I ordered on 4/27
Reactions: rsaucedo23
•••
H

Zinzan said:
Love that red. Did they deliver it looking so shiny, or did you wash it already?
Click to expand...

It showed up that shiny. It was spotless! It only had a 64 mile charge on it, but not really a big deal. No fit or trim issues. I'm incredibly happy. Hope everyone else has as good an experience as I did. Cheers.
Reactions: Zinzan, makirules and GiFer
••• 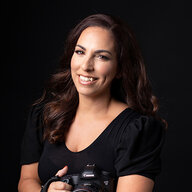 Quick question for those who have already received your cars…
Was the USB flash drive for sentry mode videos included?
Don’t want to purchase one if it’s already included.
•••
M

Check your glove box. Should be plugged in there
••• 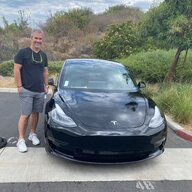 Drubaybred said:
Sr+ base everything and I’m picking up from Buena Park location. I ordered on 4/27
Click to expand...

I ordered SR+, black / black, No FSD, reg rims/tires on Apr 26th in Carlsbad, CA. Still waiting for VIN. EDD is Jun 23-30 now. Praying it comes soon. Going crazy from the excitement like everyone else. LOL.
Reactions: rsaucedo23 and GiFer
•••

MonthuRa said:
Check your glove box. Should be plugged in there
Click to expand...