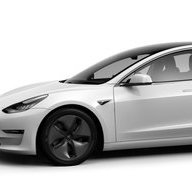 The product arrived on August 27, and I installed it on August 28th. During the installation, after I had removed the rear facia and disconnected the old bumper and all the wiring, I was shocked to see that the sealed package was short one critical bolt needed to attach the hitch to the rear of the car. They only gave me five M10 1.5 x 35mm bolts in the sealed bag, instead of the required six. I immediately called Stealth, but got no reply. Luckily after running around town for a few hours (luckily I had another car available), I was able to find an approximation of the missing bolt (same threads but too long). Just in case, I got it stainless steel because the other 5 had some kind of coating on them, perhaps for rust control.

One week later, I still did not hear back from Stealth, and so I contacted the retailer, etrailer.com. I was asking for compensation for the cost of the extra time and the replacement bolt. They refused and said all they could do is have a new bolt sent over to me. So now today, almost one month after the date of installation, I just received a package from Stealth with the missing bolt, although it does not have the yellow coating. Luckily I was able to find the bolt and did not incur more than the cost of the bolt and the time lost. What was supposed to be a 3 hour job was doubled in time because of their poor quality control.

I attached a picture of the bolts showing the 5, and the new one received today. Do they think I'm going to rip my car apart again to just replace this one bolt?

Anyway, if you plan on buying any products from Stealth, have them guarantee that all the parts will be in the box. Also don't begin your job until you can confirm they are all there and then be ready to wait 3 weeks+ for them to send over any replacement. Or don't buy a Steal hitch.