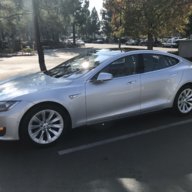 The most recent update: a local Tesla rep sent me a HALF BLANK Vehicle Inspection Certificate that she's already signed herself. She has NOT inspected this vehicle (at least not to my knowledge, not since I've been an owner). What's the part that's been left blank? The odometer reading.

She sent this with a form she wants me to sign, Secure Power of Attorney that's used for a lost title or when the title is held by a lienholder. That form also has the odometer reading portion left blank. She did not instruct me to complete that portion, only to sign the form. I emailed her saying I wasn't comfortable signing this. She has not responded yet.

I'm looking this all over and it appears like this form is intended to be signed by the PREVIOUS owner, not me the current owner.

Previously, a non-local Tesla rep sent me Odometer Disclosure forms to sign. Those forms were nearly identical to other forms I'd already signed during delivery, the only difference being in how they listed mine and my husband's names. Those forms were back-dated to the date of delivery (that made me uncomfortable) but I signed them anyway because they were in essence the same as forms I'd already signed.

I had a ton of trouble getting the car registered without the title. And now we appear to be going in circles about getting the title... various different Tesla teams working on it and doing things in weird shady ways and making tons of mistakes. TESLA'S LEFT HAND DOESN'T KNOW WHAT THE RIGHT HAND IS DOING.

I wonder if Tesla even had the right to sell this car.
Reactions: neroden
D

Sounds like more material for Rich Rebuilds and his buddy who is also still waiting on a title for a preowned Model X that's basically sitting in his backyard and can't be driven. Terrible.
M

I called the delivery center where I picked up the car a month ago. It seems as though the paperwork sat because they apologized and said they would process it that day and to expect plates and the title in 2 weeks. 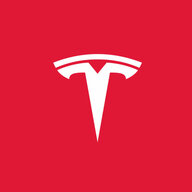 I picked up my car November 9th. Still no title and no plates. Had to get a third temp tag from Georgia a couple days ago. This one expires March 17. The person at the Decatur SC, who sent me the tag, assures me that I should get the plates before this one expires again. I'm not so sure. 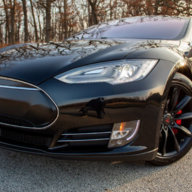 Another month... no title here. It's been since November.
I was able to get it registered and get plates - albeit with a late fee. But still no title. And the emails Tesla sends me about it all make NO SENSE. They are obviously very confused about it and it's going to take a while to sort it out.
Reactions: neroden
M

Eevee said:
Another month... no title here. It's been since November.
I was able to get it registered and get plates - albeit with a late fee. But still no title. And the emails Tesla sends me about it all make NO SENSE. They are obviously very confused about it and it's going to take a while to sort it out.
Click to expand...

I received my license plates and title about 6 business days after calling back my Tesla Deliver Center. They said someone forgot about my application and so they would process it that day. My guess is that some representatives are more diligent that others and perhaps you need to escalate things to someone who can get the job done.

I finally received my plates this week. I was sent a FedEx containing my registration with no notice. A couple of days later, I received another FedEx with my title. Took almost 4 months!
Reactions: neroden

Trust me I have escalated plenty. These people simply have no idea what they're doing.
Reactions: neroden

Eevee said:
Trust me I have escalated plenty. These people simply have no idea what they're doing.
Click to expand...

To be honest, my situation was not improving at all until I called the 800 number and let them have it. I prefaced my rant by apologizing ahead of time for my tone and frustration but I had enough. I was really lucky because the person I got was extremely helpful. As soon as he got involved things actually happened. Don't be afraid to call and express your frustration.
Reactions: neroden
L

I'm hoping you're right about that. We have (only) been waiting for 3 weeks, but the dealer plates are set to expire in 8 days. We called our previous delivery specialist, and escalated the situation. Hopefully, that will get some action.

I finally received my title this week...so it took just under 4 months. My dealer kept issuing me temp tags.
Reactions: neroden
D

This makes me nervous because when I took delivery of my car from Tesla on 4/5, the service center gave me nothing but the keys to the car. They issued me a 60-day temp tag and told me that if I don't get the title 10 days before the temp expires to call them and they will issue another one. They said once the temp expires, they can not extend it so the temp renewal has to be done before the first temp expires.

The bigger issue is I believe the credit union I financed with requires the car to be registered within 60 days. They do work with Tesla though so I am sure they are familiar with the challenges there.
Reactions: neroden
L

Lsquared said:
I'm hoping you're right about that. We have (only) been waiting for 3 weeks, but the dealer plates are set to expire in 8 days. We called our previous delivery specialist, and escalated the situation. Hopefully, that will get some action.
Click to expand...

Soon after posting this, I contacted my Purchasing Experience Representative (I think that is what her title was), who got in touch with the manager at our Service Center, and I got my title in about 3 days. We didn't need to get new dealer plates. So, the moral of the story for us was, contact someone high up enough in Customer Service, and things move pretty quickly.
Reactions: neroden